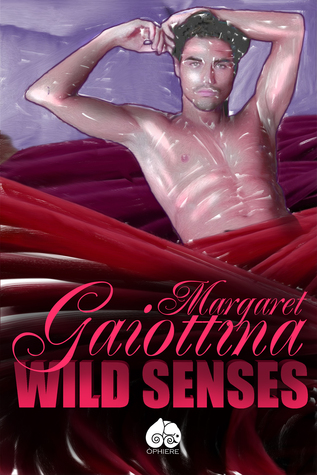 Orlando Saxton still does not know that his father hired for him a blind assistant. Seductive and arrogant plastic surgeon, the last scion of the Saxton family is so accustomed to the extreme reactions he provokes in women that he needs more and more exciting diversions to be satisfied. Moreover, the dissolute women he usually dates are more than happy to offer help.
Maya O'Byrne, so used to getting by stirring trust in others and sensing danger, remains puzzled by the unusual scent that constantly surrounds her new boss: a dark smell of wild and tropical forest.
But will imagination - so developed in people like her- be enough to prepare Maya for the truth? And above all, will Orlando 's heart be able to withstand a candor so fearless and lethal?
Original italian title: Jaguarà

This is Margaret Giaottina's first translated book. While I did enjoy the story line, I felt that there were things lost with the translation, or missing. I really liked the mystery that surrounded the characters. It could use some editing and fine tuning though.

Maya has been blind for awhile now. She's sick of people treating her like a child because of it. She is 25 and wants to be treated as an adult. She gets a job as a personal assistant to a very high profile plastic surgeon, Orlando Saxton. She finds out that her father also worked for the Saxton family

I did like Maya for the most part. Well, at least until the end. I lost all respect for her when she played that game, with her lie. I understand she wanted to know the truth, but she went about it in a very immature way.

She learns a lot of secrets in this book. And does get betrayed a few times. I did feel bad for her when that happened.

Now onto Orlando. He is the hot, amazing surgeon. But he is cocky and arrogant as they come. Don't get me wrong, I do like the cocky alphas, but he just rubbed me wrong from the beginning. So, needles to say, he wasn't my favorite male in this book. He is a major jerk that likes to play games.

My favorite character was Thiago. Thiago is Orlando's younger brother. He is also surrounded with mystery, until the Saxton family's secret is revealed to Maya.

Overall, this isn't a bad read. I think once some editing and a clean up of the story flow is done, it would easily move up to a 4.5-5 star read.