Review of Sea of Love by Sharon Cummin 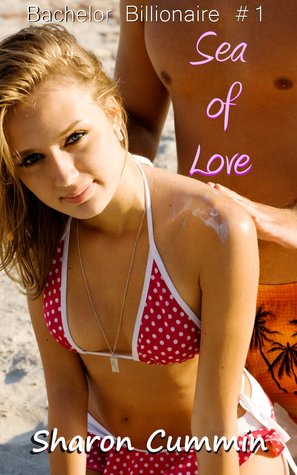 Gavin was a handsome billionaire bachelor. He needed some time away to relax, when he decided to take a vacation with four of his closest friends. Becky had just ended a seventeen year relationship with a man who refused to commit. She packed up and moved for a fresh start in a new town and scheduled a wonderful seven day cruise to kick off her new life.When Gavin saw Becky on the ship, he was immediately intrigued. They found that they were both there to relax and renew, before jumping back into everyday life. They agreed to a full week of fun in the sun, with no strings attached. The deal was no detailed conversation, just steamy romance, fun, and relaxation for the length of the cruise. When the trip was over, they would both walk away knowing nothing personal about the other.Would it be as easy as they thought to let each other go? When something happened to force their paths to cross again, would they be able to handle it?Would they be able to walk away from their feelings a second time, or would the pull that they felt for each other be too strong to fight?

Becky is 34 and is newly single, after being in a relationship for 17 years. She decided she needed a fresh start. So she got a new job, and moved to a new state. She decided to take a cruise, alone, before she started her new job and the next chapter of her life. Gavin is 36, and the CEO of a tech company. He and his friends are on the cruise for vacation. He needs a little bit of fun. These two end up meeting. He pursues her, she is sarcastic and short with him, until she gives in. They will have fun together and then will go their separate ways. No personal information exchanged at all. Will that happen? You'll have to read to find out.I though this was an okay and enjoyable read. I do have a few reasons for the 3 star rating.I really liked Becky at the beginning of the book. And I liked Gavin also. But, closer they both became a little annoying. To me, they weren't acting like 34 and 36 year olds, but were acting like late teens/early 20 year olds. The whole "does he not like me as much as I like him" or "are her feelings for me not as strong as mine are for her" was what did it for me. There were quiet a few places where a word was missing, it was still easy to read and understand what the author meant. I can over look a couple oopsies, but there were more than a couple. The story was easy to follow though. Overall, it was still an enjoyable story.