Mackenzie Coalson was determined to rebuild his hometown after a devastating flood left it in ruins. He has no time for a relationship and all the romantic junk that goes with it. He has a vandal to catch and no sweet smelling bundle of femininity is going to sway him.

A woman protecting her family.....

Dixie Harris charged into the county sheriff's office with a sassy sway and a smart mouth, eager to give the sheriff, and anyone else, a piece of her mind. When she locks horns with the devil himself, in the form of Mac Coalson, she quickly learns he has a temper to rival hers, even if he's the living epitome of her sexual fantasies.

When the two unite to catch a potential murderer, it's in everyone's best interest to keep it, "business only". But that's hard to do when their combined attraction is volatile enough to burn down the town.

This is the debut novel by Maggie Adams.  It was a decent read.  Parts felt rushed to me though and I feel like there are some holes in the story with Mac and Dixie falling in love.  But it is a series I would still like to read more of.

Dixie is a spitfire.  She is a kindergarten teacher, 21, and raising her 16 year old brother.  Oh and she may be short, but don't make her mad, she has a huge temper!  I really liked her.

Mac owns a construction company that keeps getting vandalized.  He tries to come off a complete alpha, but he's not.  He's just a great businessman that loves his family and community.

Trespassers are caught at one of Mac's job sites.  Well, one of those trespassers is Dixie's little brother.

Mac and Dixie butt heads from the start.  I like how Dixie didn't back down from him at all.  They are both too stubborn for their own good.

Overall, I would tell people to read the sample and take it from there.  It's not a bad read, just left me hanging a bit. 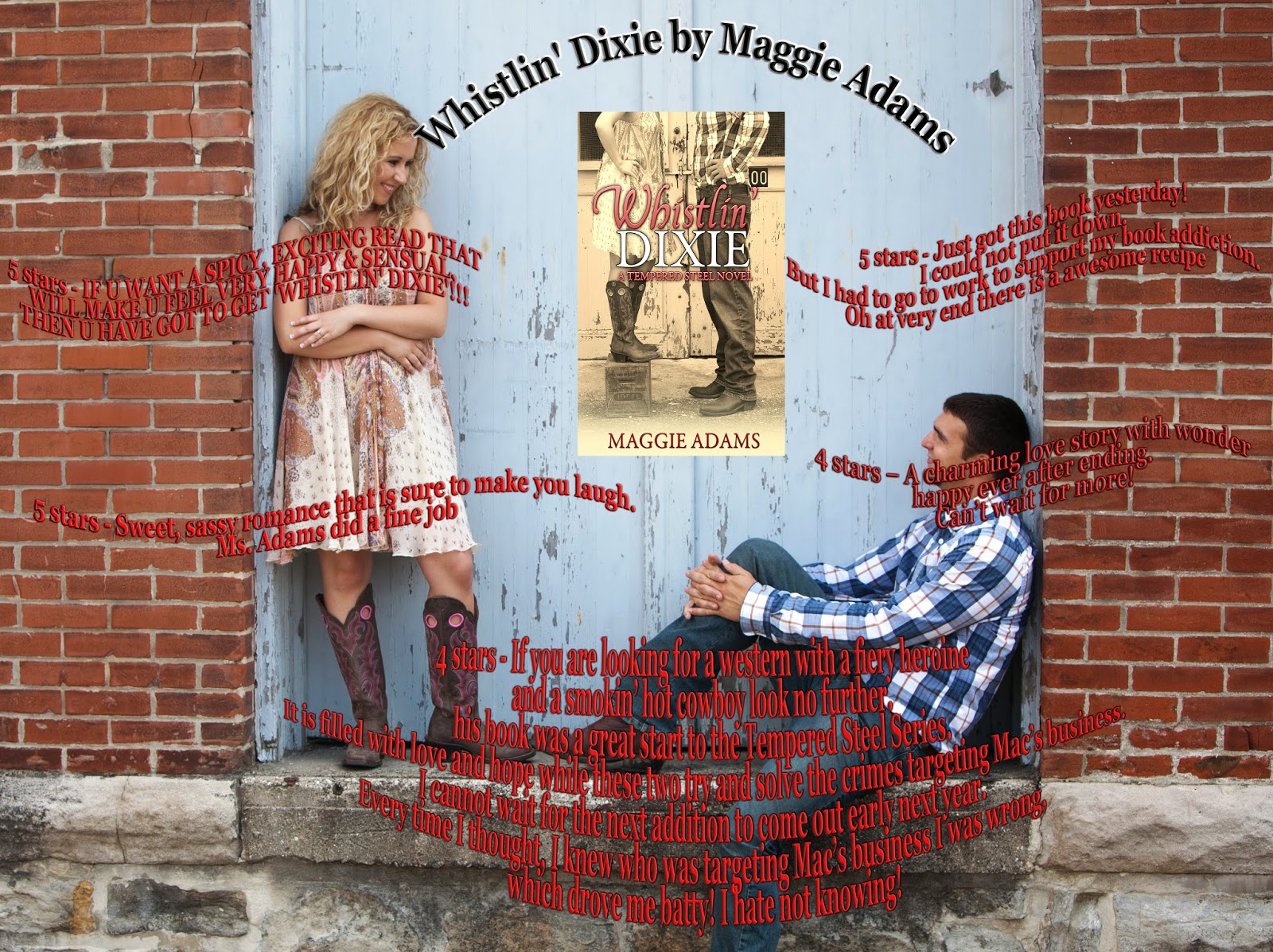 (Place your choice of excerpt here) 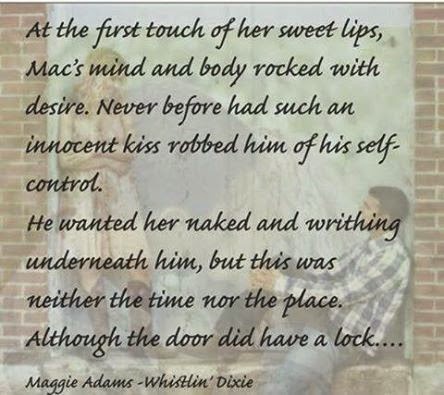 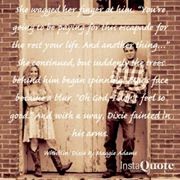