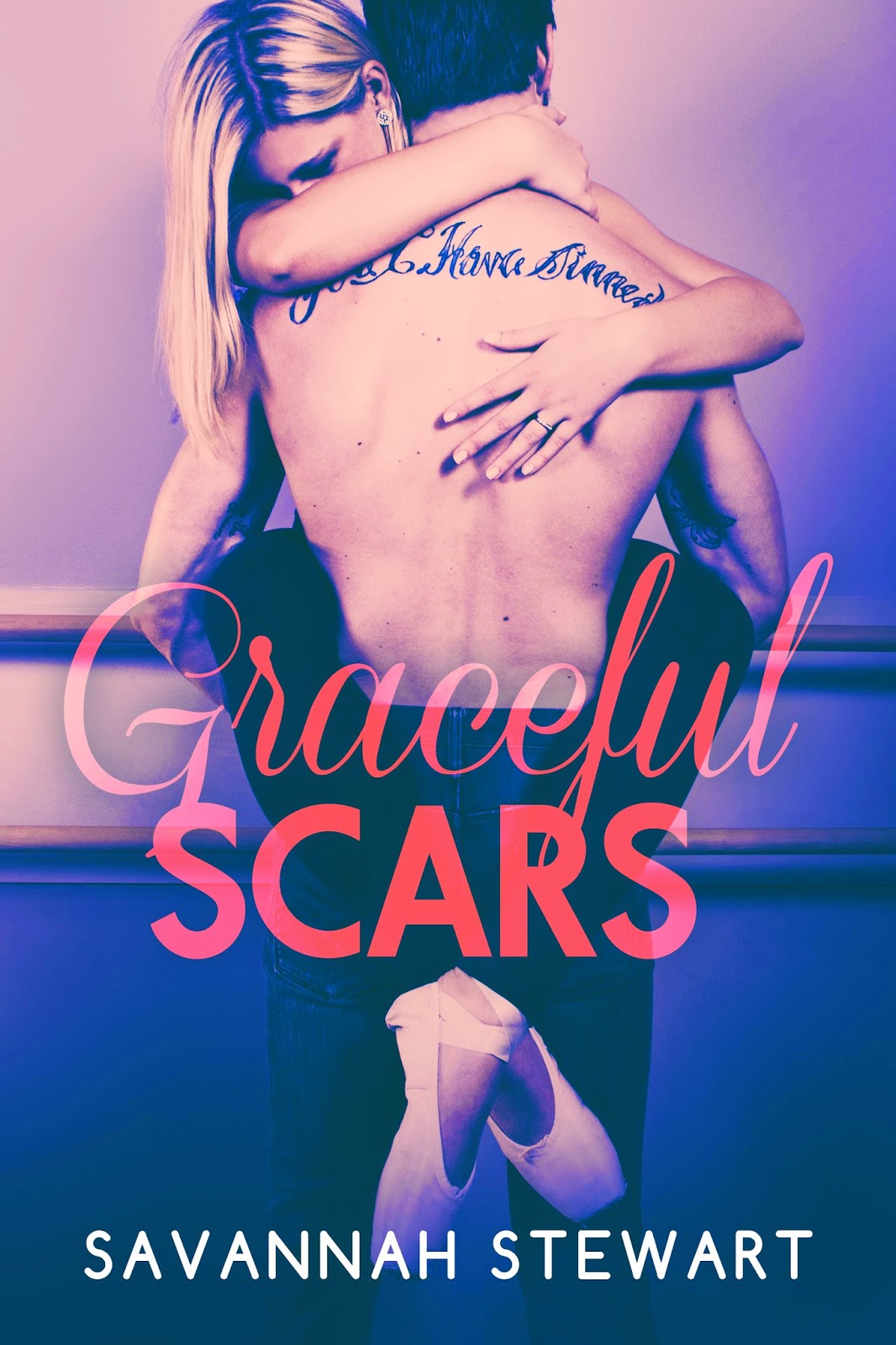 Graceful, the word itself was instilled into Tegan Carter’s head at an early age, but anymore she feels far from graceful. When her world is turned upside down she finds herself spiraling into the darkness without any light in sight, until Talon Fisher walks into her life.

Trying to find herself again, Tegan is faced with a dilemma she doesn’t want to encounter. But will her scars keep her from allowing herself a second chance at a normal life, or will she continue to free fall into the darkness?
GoodReads Link: https://www.goodreads.com/book/show/22429282-graceful-scars
Social Media Links for Savannah:
Amazon: http://www.amazon.com/Savannah-Stewart/e/B00FLW3QYY/ref=sr_ntt_srch_lnk_1?qid=1422890304&sr=8-1
Facebook – http://www.facebook.com/authorsavannahs
Twitter - @Savvy2287
Tsu – http://www.tsu.co/SavannahStewart
Website – http://www.authorsavannahs.com 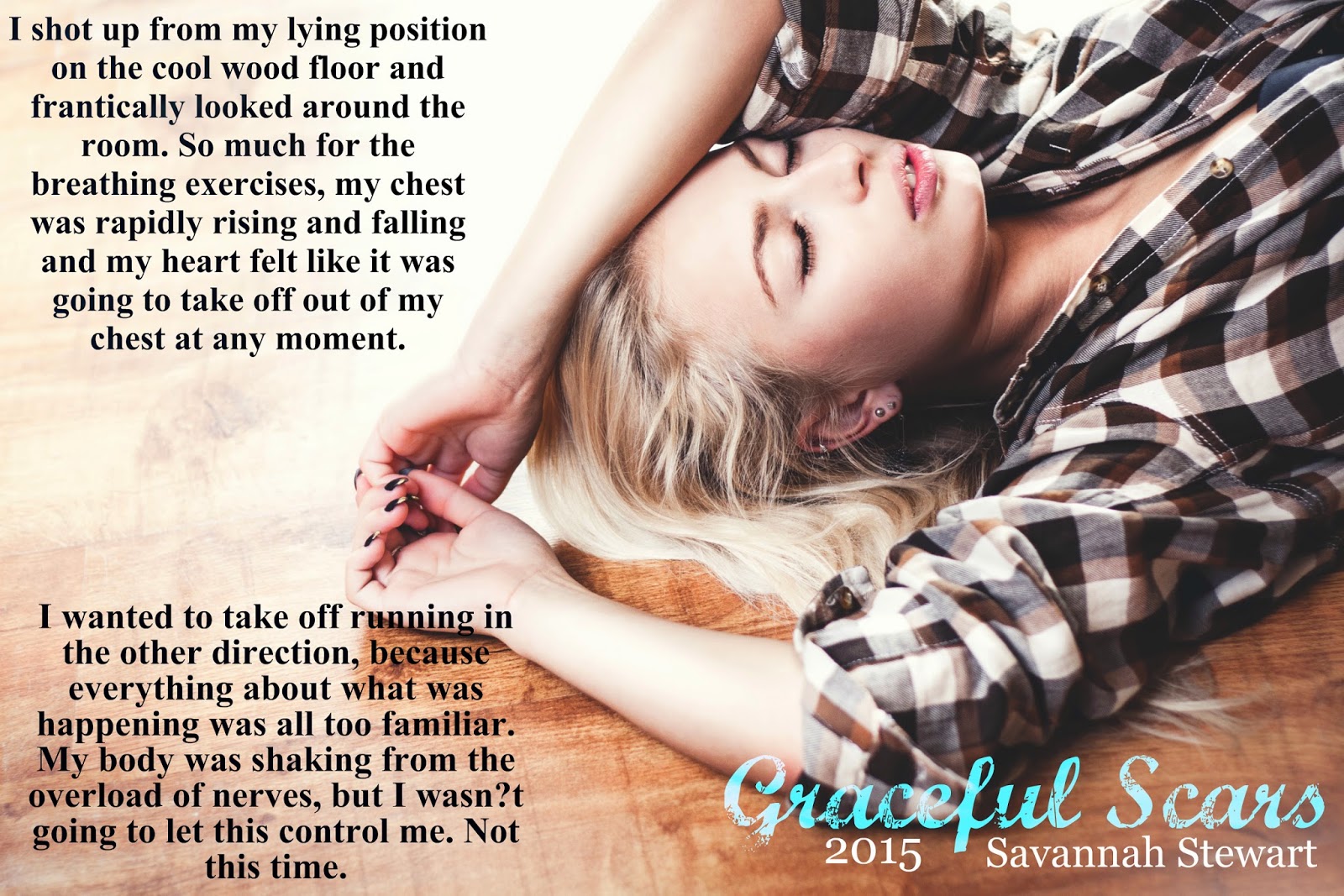 “So when’s the owner usually get in?” He directed his attention to me as Zoey admired the numerous awards that lined all the shelves to the right of my desk.

“You’re looking at her,” I said shyly. I’m sure the last thing he was expecting to hear was that the girl who flipped out on him was the same girl who would be teaching his sister dance.

“Oh,” he replied, arching an eyebrow at me.

“Hey, Zoey, how about you go do some stretches before the others get here. Okay?” Talon directed his little sister.

“Okay,” she replied and skipped out of the room.

“You really should put some ice on that,” I suggested as I pointed to his jaw.

“Has anyone ever told you that you have a mean right hook?” He laughed as his humor danced within his dark eyes.

“I really am sorry.” A few giggles escaped me before we both fell into an uncomfortable silence.

“So…” He rubbed his hand down the back of his neck again. It wasn’t hard to notice that he would do that when his nerves were getting the best of him. It’s a tell-tale sign.

“So…” I mocked him.
“Do you always do that when someone scares you?”

My heart rate spiked through the roof at his question. I hadn’t talked to anyone about my crazy shit, except the counselor I attempted to see, and Adalynn. I took a few deep breaths to try and slow my heart rate so I didn’t flip the hell out in front of Talon again. I’m sure if I did he would take Zoey and run as far away from my place as possible.

“Umm…Not always,” I lied…flat out lied to his face, but in the smallest way possible.

“You might be able to convince someone else with that answer, but not me.” He tapped his finger on the desk, pulled a piece of paper from his pocket, and slid it over to me before walking out of my office and taking a seat in the area designated for family members.

I sat there in complete silence, staring at the check that paid for Zoey’s full semester at Graceful Moves, but it wasn’t the amount of the check that had me baffled, it was the way Talon could see right through the wall of bullshit that I had built around myself so people wouldn’t see the real me. I was the last person anyone would want their child around after all the shit I’d been through. Life had dealt me an outstanding hand, just to turn around and set it ablaze. Yet there I was, trying to gather up all of the ashes in hopes of building something just as good as what I’d had before. 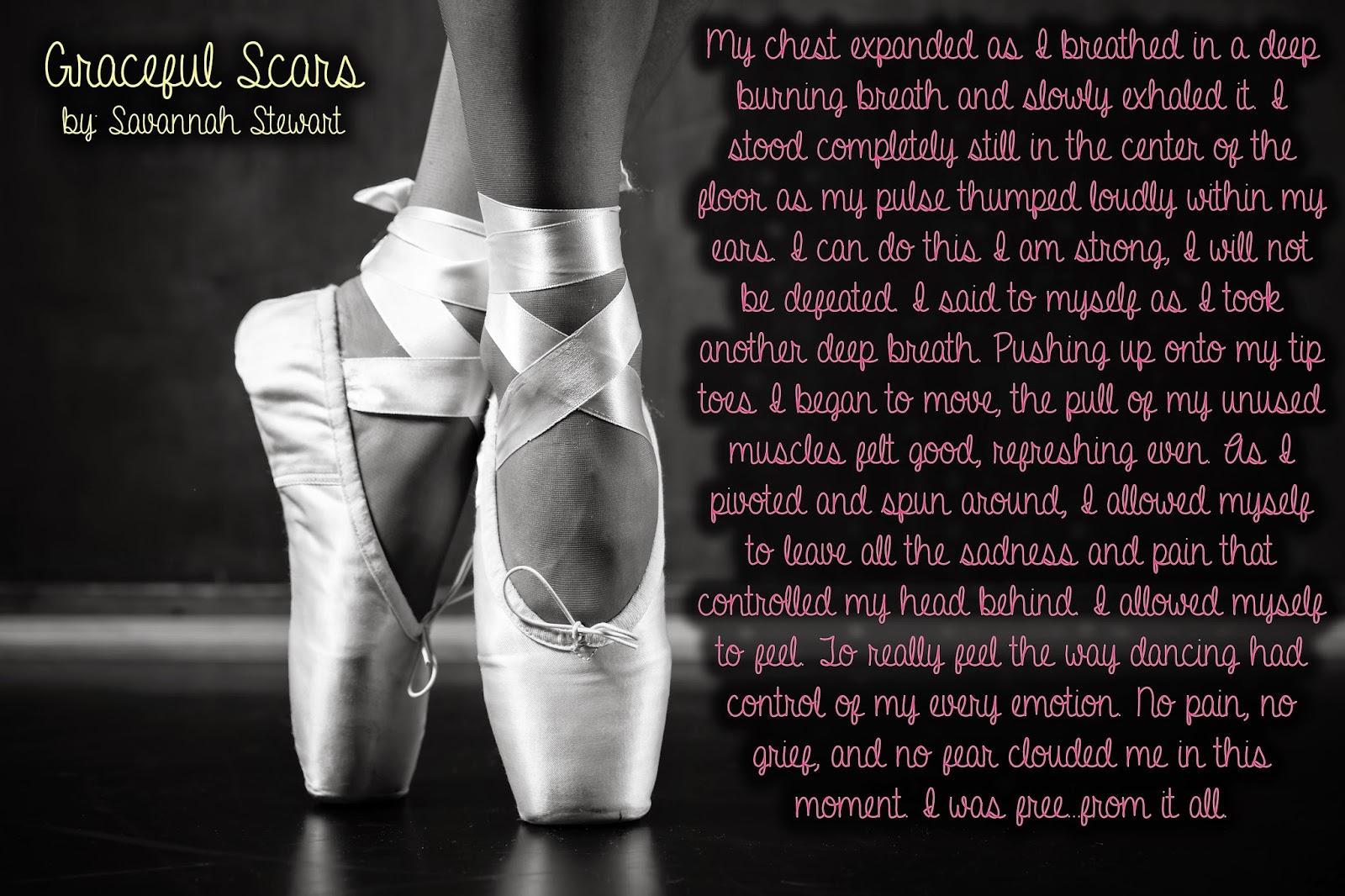