I had a very definite plan for the rest of my life, and it mostly consisted of getting laid by random strangers and never having to deal with the possibility of anyone getting close enough to hurt me again. Now, after one stupid mistake, I couldn't quit thinking about him, and I knew it was just going to get worse from here.
When twenty-two year-old Jenna Lang went in to Archer Enterprises for a job, she doesn't expect her entire world to be turned upside-down. Now, she can't get wealthy CEO Rylan Archer out of her mind and she has a bad feeling that he's just as intrigued by her. As his intentions become clear, she must decide if she's willing to risk everything on the chance he's different. Including the steamy prequel, Broken Pleasures, M.S. Parker's new scorching Pleasures series is not to be missed. See what Forbidden Pleasures has in store. 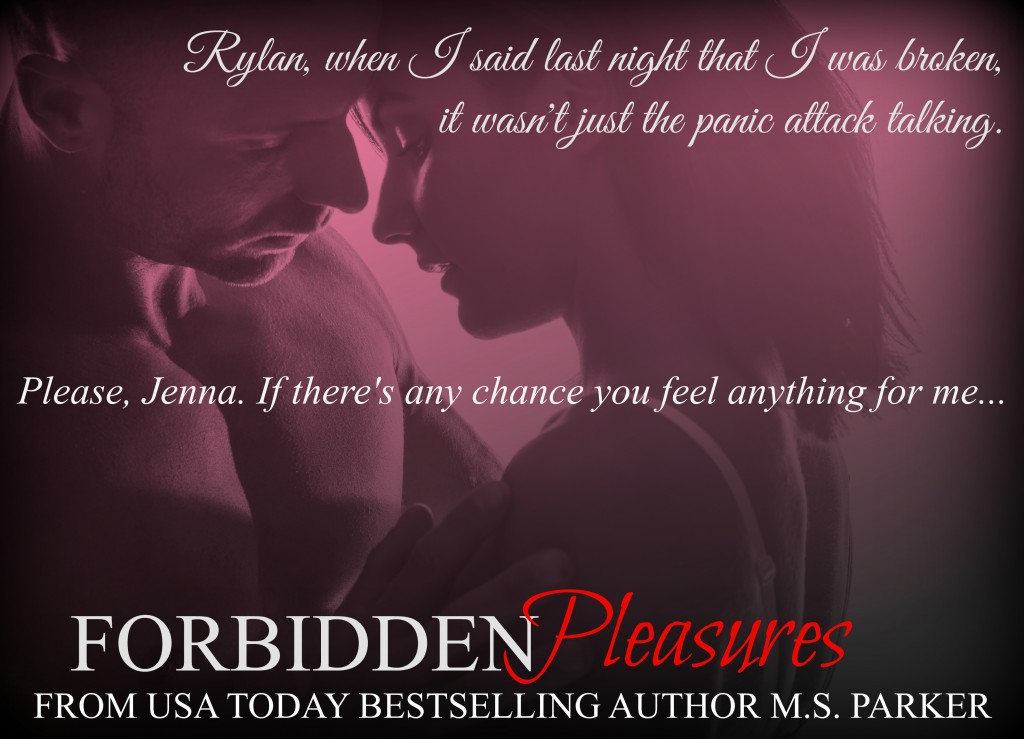 M.S. Parker is a USA Today Bestselling author and the author of the Erotic Romance series, Club Privè and Chasing Perfection. Living in Southern California, she enjoys sitting by the pool with her laptop writing on her next spicy romance. Growing up all she wanted to be was a dancer, actor or author. So far only the latter has come true but M. S. Parker hasn't retired her dancing shoes just yet. She is still waiting for the call for her to appear on Dancing With The Stars. When M. S. isn't writing, she can usually be found reading- oops, scratch that! She is always writing.