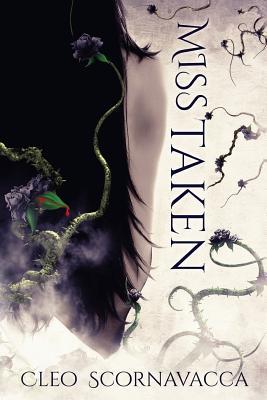 Rain and Raven Medici are identical twins. Although they come from a loving close-knit family their childhoods couldn’t have been more different. Raven went to school and was exposed freely to the outside world. Rain on the other hand was born with a blood disorder and denied many normal childhood experiences.

Once grown, Raven becomes a lawyer at their dad’s firm Kane & Medici in NYC. Rain along with her only childhood friend Tommy Conte, builds a very successful business as professional photographers. Traveling between Europe and Manhattan, and enjoying a world that was kept from her, Rain vows never to be controlled again.

Dominick Kane is a product of his upbringing. He’s powerful, self-assured and knows he can achieve anything he desires. Nothing gets in his way. There is only one thing he has ever failed at. A relationship with his father Vincent Kane. Upon his father’s death, Dominick vows revenge. The events he sets in motion put him on a collision course he himself will be unable to control.

In a bizarre twist of fate, Dominick kidnaps Raven as part of his plan for revenge. Only to discover afterward, he has taken Rain by mistake. Rain knows she can never survive being confined again. So she strikes a bargain with the devil and agrees to help Dominick get back what he feels rightly belongs to him. His father’s share of Kane & Medici.

Dominick decides to use the strong attraction growing between Rain and himself to control her in every way imaginable. Too bad no one ever taught Dominick you can’t control the heart. Nothing could have prepared him for the effect Rain would have on his.

Will this plan of revenge turn into unconditional love? Or will Dominick and Rain’s need for control ultimately destroy them and any possible chance for a real future
together.......

This is a good read.  I enjoyed reading it.  Parts kept me on my toes with the secrets, twists and turns, and surprises that happened along the way.

Rain is 34 years old and has an identical twin sister, Raven.  Her best friend, since childhood is Tommy.  She didn't have a horrible childhood, she was loved, very much.  But she was basically kept hostage because of a blood disease she was born with.  It made her very sick as a child.  She doesn't really act like she's 34.  If it wasn't mentioned in the book, I would have placed her around mid-twenties.

Tommy is her best friend.  I'm pretty sure he wants more though.  They do love each other very much.  Tommy was probably my favorite character in this book.  I'm, not so secretly, hoping Rain does end up with him.  I'll have to read the next book to find out.

Dominick Kane.  Hmm.  Where to start with him!  I'm unsure how I feel about him exactly.  I swear he is bi-polar.  He is controlling, manipulative, out to destroy Rain's father, and he can get violent.

This whole story starts with a botched kidnapping.  Raven was suppose to be taken, not Rain.  It almost bordered on a Stockholm Syndrome type of relationship at first.

Be careful, you may get whiplash from the back and forth, off and on, of Dominick and Rain.

"I know this started out as an arraignment, Rain, but to me it's becoming so much more.  So much more quickly than I could have ever imagined."

I really do hope Rain gets some sense and stays away from Dominick, and ends up with Tommy in the next book.  I doubt it though.  Especially after the last few surprises in this book.

While there were parts that I really enjoyed reading, I just couldn't get into the relationship between Rain and Dominick.  Rain says she is loyal to her family, then why would she make the arrangement to help Dominick in the first place?  She says she's strong and will never be kept prisoner again by someone, but yet that's exactly what she does with Dominick.  I like stronger female characters.  She did have her moments of fighting back, but every time Dominick said "I'm sorry" she was right back with him. 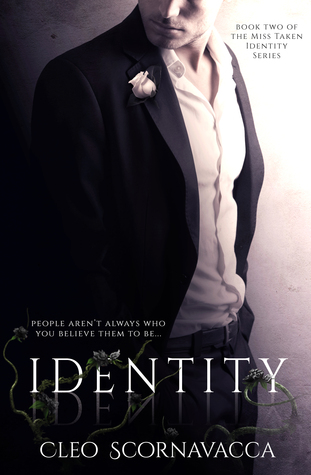 People aren’t always who you believe them to be.

Dominick Kane and Rain Medici started their relationship with one another in the most unconventional way.

With the kidnapping now behind them, life returns to normal, right?

The push, the pull and their fights for control that we’ve come to love about Dominick and Rain still exist. And so does their passion.

People aren’t who you think they are. Familiar faces are not so familiar. The past and the present collide, opening up all of those old wounds and struggles once again.

Now, everything you thought you knew, gets blown out of the water.

Can Dominick and Rain finally heal what’s broken? Or will new discoveries push them even further apart.

Will love win out and bring them back together? Or will ghosts of the past ultimately destroy their love once and for all...

While I thought the previous book, Miss Taken, was good, I found this one predictable, and some of the same things happening the same as what happened in the first book.  Honestly, I got kind of bored with Rain and Dominick's back and forth, on and off, up and down relationship.  It was just way too much drama.  I still liked Tommy more, until the end.  I lost respect for him after that.  I new who Dominick's birth parents were, who bought the vineyard. The only thing I am left wondering about is who the red haired woman is, and why is she out to get the family.

While I'm all for (and love) hot and steamy sex scenes, they need to actually add to the story for me.  I felt like the sex scenes in this book, were just thrown into the story just to be there.  After the first couple, I found myself skipping over them, which I rarely do.  I found them repetitive and for me, they actually took away from the story.