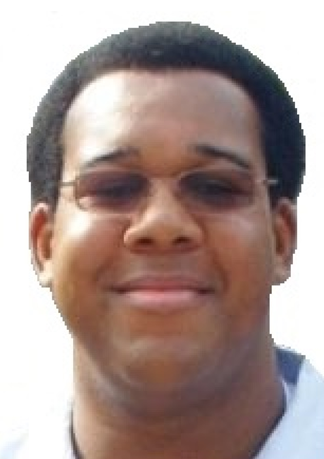 Inspired as a child by Superman’s alter ego, a mild-mannered reporter at The Daily Planet, I began writing as a teenager. From 1995 to 1997, I was a Teen Panelist for The Commercial Appeal (www.commercialappeal.com), addressing issues important to teenagers. One of those articles addressed the issue of when teenagers should be allowed to drive and I received a letter from then-Congressman Harold Ford Jr., who applauded me for writing a great story about an important issue.
From 1997 to 2000, I was a reporter and photographer for The Teen Appeal (theteenappeal.wordpress.com), located in at The University of Memphis (www.memphis.edu) and was one of the inaugural members of the journalism program. I received several awards, including first place for the Golden Quill Award for Best Sports Story, third place for the Journalism Camp Award of Merit for Best News Story Idea and the first Teen Appeal Longevity Award. I also received The Teen Appeal Scholarship, which awarded scholarship money to my college education.
It was also through my work at The Teen Appeal that I was invited to participate in two summer journalism workshops before attending college. The first was the Ida B. Wells Journalism Program, held at Tennessee State University (www.tnstate.edu), in Nashville, Tenn. in June 2000. While in the program, I served as issue editor of the program's newspaper, Say What?, helped other reporters revise their stories and encouraged them to do their best. I also received the Ida B. Wells Award for Leadership while attending this workshop.
The second summer journalism workshop was the African-American, Hispanic, Asian and Native American (AHANA) journalism workshop (now called the Missouri Urban Journalism Workshop) held at the Missouri School of Journalism (journalism.missouri.edu) in Columbia, Mo. in July 2000. I wrote stories for the workshop's newspaper, The Urban Pioneer, and The Columbian-Missourian (www.columbiamissourian.com) asked to use one of those stories in its newspaper. It was that special request that earned me The AHANA Journalism Workshop Coaches Award for Best Overall Print Journalist.
While attending Franklin College (www.franklincollege.edu) in Franklin, Ind., I worked on the staff of the college's newspaper, The Franklin (thefranklinnews.com). I served as a reporter, a photographer, a columnist, an editorial editor, and an arts and entertainment editor while working for The Franklin.
It was also while attending Franklin College that Mothers Against School Hazing Inc. (MASH) requested to use my article, Water of Life, Water of Death, on their website. The article was about water intoxication (also known at water poisoning or dilutional hyponatremia, which occurs when there is little or no sodium in the blood stream. The article also included symptoms and tips on how to prevent water intoxication.
In July 2005, I began working for The Jackson Sun (www.jacksonsun.com) in Jackson, Tenn. I helped cover a murder my first day on the job as a Public Safety Reporter and took over the follow-up stories later that week. While at The Jackson Sun, I covered numerous murder trials, putting in 70 hours in one week to give a detailed account of what happened in the murder trial of David Lynn Jordan, who was found guilty of fatally shooting his wife and two others at a Tennessee Department of Transportation garage. I also covered funerals, fund-raisers, special events, breaking news and meetings and worked on enterprise stories. I shot videos for online, took photos, posted numerous news updates in the morning (one of my main duties) and throughout the day. I also loved doing feature stories, doing several that tied in with upcoming movie releases or special events.
While at The Jackson Sun, I received several awards, including the third place for Daily Deadline Reporting (from the Tennessee Associated Press Managing Editors), fifth place for the State Press Award for Best Spot News Story (from The University of Tennessee/Tennessee Press Association), third place for Features Reporting (from the Tennessee Associated Press Managing Editors) and two Award of Excellence (from The Jackson Sun).
After working at The Jackson Sun, I began freelancing for the online newspaper Examiner.com (www.examiner.com) in January 2010 as the Jackson Crime Examiner (http://exm.nr/1Awx16P). I write stories, briefs, online updates and upload photos in connection with crime occurring in Jackson, Tenn. Two years later, I added another beating to my Examiner.com coverage, Jackson Geek Culture Examiner (http://exm.nr/1LjG859), in which I write stories, briefs and online updates about comic books, movies, television shows and other entertainment news.
My news coverage on Examiner.com opened the door for me to begin freelancing for The West Tennessee Examiner (wtenews1.com), a weekly, African-American newspaper in Jackson, Tenn., in October 2012. I covered the Ku Klux Klan rally and protest in Memphis and took photos for the newspaper. I also covered the fatal shooting of Memphis Police Officer Martoiya V. Woods Lang, residents anger over a Jackson radio show host's racist Facebook post, the first mother and daughter principals in the Jackson-Madison County School System serving at the same time, and unsolved homicides in Jackson, Tenn.
I have also written several how-to-stories, which are published on eHow.com.
Outside of the journalism field, I have written and published my first novel, S.O.L.A.D.™: Soldiers of Light Against Darkness™ (ttreed2009.wix.com/tyronetonyreedjr) in eBook and print editions and I am currently working on the second novel in the S.O.L.A.D.™ series. I have also collaborated with other authors in the recently released novel With Great Power (http://amzn.to/1xsno7G).
Those novels opened the doors for me to have book signings at Superman Celebration (www.supermancelebration.net), held each year in June in Metropolis, Ill., Akron Comicon (www.akroncomicon.com), held each year in November in Akron, Ohio and MidSouthCon (midsouthcon.org), held each year in March in Memphis, Tenn.. I have also served as a panelist on several panels at MidSouthCon.

I’ve also written short stories and have entered them into several contest.

My short story Crystal Clear (which I am transforming into a novel) tied for Second Place Short Story Winner in Main Street Publishing’s 2011 The Talent Among Us contest (www.mainstreetpublishing.com). It was published in a book entitled, Enlightenment: The Talent Among Us: Volume XI. 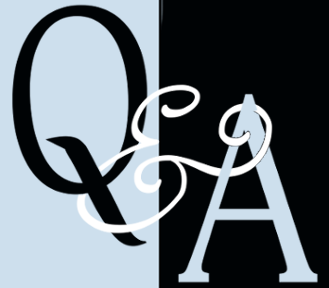 Can you share a little of your current work with us?
I’m currently finishing up Book II of S.O.L.A.D.™: Soldiers of Light Against Darkness™, which I anticipate releasing in mid-May. My next book will be Crystal Clear, which I will start work on next week or the first week of May. Crystal Clear is the story about a Memphis homicide detective, with crystal irises who can see the past, present and future, which she uses to solve crimes. Amish Assassin will be follow that book and will be the tale of a young Amish man who moonlights as an assassin for the U.S. government.

Who designs your covers?
I meticulously do.

Do you have any advice for other writers?
Write every day. Even if it’s one page a day. It’s always hard to start writing, but once you get into it, great things begin to happen and spill out on the page. Also, try to writing and listen to
music. Stay away from distractions like the Internet.

Do you have any writing rituals or certain things you do to aid your writing process?
I type most of my stories on a my laptop and shut off the wireless internet connection. I listen to Pandora, iHeart Radio, Songza or a mixture of all three to get those creative juices flowing. I usually listen to electronic or action movie soundtracks, especially when I’m writing the action scenes in my S.O.L.A.D.™ books.

Favorite snack and thing to drink while you write?
I like to drink water, Dr. Pepper Twizzlers, trail mix and banana chips.

ebook or print? Print.
I love to hold books in my hands and turn the pages physically.

Dogs or cats?
Dogs. My dog, Kizzie, would never forgive me if I said cats.

Dark or light colors?
Light colors. They make me happy.

Angels or demons?
Angels. It must be pretty tough watching over humans and not taking the easy way out by becoming demons (fallen angels).

Boxers or Briefs?
Briefs. Superman, up until 2011, kept them in superheroic-style.

Control Freak or Careless Jerk?
Control freak. My wife calls me out on it a lot, but aren’t all writers control freaks?

Fictional couples:
1. Kevin Edwards (Angelo) and Juanita Grayson (Angeline) from my novel series S.O.L.A.D.™. (characters loosely based on my wife and I)

3. Carl and Ellie Fredicksen from UP

5. Cory Matthews and Topanga Lawrence-Matthews from Boy Meets World
Honorable mentions: George and Mary Bailey from It’s A Wonderful Life and Cliff and Claire Huxtable from The Cosby Show.

**Make sure to check out all of Tyrone's Novels
and don t forget to head over to Rising Indies United @ 10 a.m. PST for his Takeover**