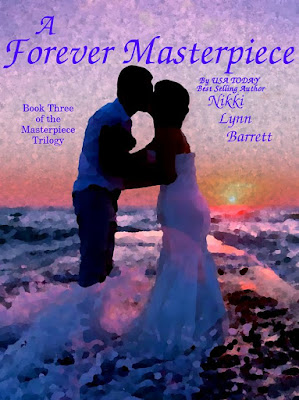 Becca and Hunter plan a future without knowing their past...

Few people know the entire truth about Becca and Hunter's connection. Even fewer are living. One is in hiding, and another is closer than they think. They're still no closer to knowing everything. Hunter gets a piece of his old life back while Becca still longs for all the answers.

Someone doesn't want them to find the answers and will go to dire lengths to keep the past hidden. The question is, who? With so many people involved, which one of them would go to the extreme to make sure they never know?

The hunter becomes the hunted.....

With the one person hiding who started the whole thing, everyone is desperate to find her and gain the truth or keep her silent forever. It's only a matter of time....

The final installment of the Masterpiece Trilogy is full of triumph, mystery, romance and so much more. Prepare for the twists and turns as Becca and Hunter make their way to forever. 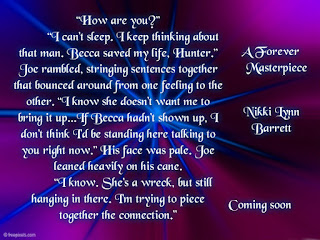 Becca walked inside the art gallery, took one look, and wondered why in the world Brock wanted her to be here. Just from a simple glimpse at the paintings and photographs on the wall, she wondered how she'd fit in here. Hunter must have sensed her second guessing, because he gently moved to hold her hand, easing her closer to him. He leaned over and pointed. "I see an empty spot right there. That wall screams 'Rebecca Lange'."

God, she loved his enthusiasm. Becca laughed and whispered back, "No it doesn't."

Hunter was about to protest when she kissed his cheek. "It screams 'Rebecca Beckman'."

Hunter's eyes lit up. "Now that's the way to think." His lips grazed her check gently, like a butterfly's wings.

"This place is beautiful. Intimidating, though." She gestured at the walls with various paintings and photographs.

"Well hello! This is a surprise!" Brock ambled out of a room from the back, eagerly approaching them. "What brings you by?"

"My fiancé's spontaneous streak strikes again. We had a little time before friends come in for Thanksgiving, so he surprised me with a trip over here. Your gallery is amazing," Becca gushed.

"Thank you. It's one of my pride and joys. And," he pointed at the blank wall, "I agree with you. The wall is begging for your work. Since this is spur of the moment, you wouldn't happen to have anything with you then?"

"No," Becca replied, still taking this all in.

"Didn't think so, and that's okay. I've seen plenty of your stuff. What I'm thinking is an art show. I'll help you through this every step of the way." Brock gestured toward a black leather couch on the far end of the room. "Why don't we sit and chat about this for a bit?"

Nodding, she and Hunter followed him, Becca still in awe of this whole thing. Brock folded his hands and leaned forward, setting his intense gaze on her when they were all comfortable.

"I want to get an art show in for you as soon as possible. But that's going to depend on so many things. There's the holidays, and then there's personal things on both ends, as I know you two have stuff going on. Obviously I do as well, which is how we met. So for the meantime, I'd like to at least showcase two or three pieces to start off with. Is everything one of a kind?"

Becca nodded. "It is." Could she ever recreate a piece the same way as the original? She'd never tried it. She was a mood painter, obviously.

Brock's gaze moved to Hunter. "How attached are you to some of the pieces you've displayed in the Lange Center?"

Hunter laughed. "Hard to say. Anything from Becca, I'm attached to. If you're asking what I think you are, I'll part with the ones from the center, because the paintings I have the most sentimental attachment to are at home and will stay there. She's been filling my walls with paintings for years." He leaned over to kiss her cheek, smiling affectionately.

Her heart skipped a few beats. This was happening. Brock meant business! He wanted her work. She knew she had nothing to worry about. Brock wasn't going to be like the teacher from her past. This could happen! 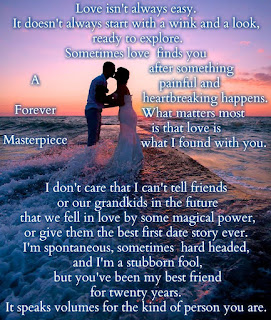 "Yes, I was thinking of a few from the center to display and sell here. Give me a second and I'll pull out some papers- including a projected contract, that you two can look over." Brock shot to his feet and moved away to another room.

"Is this really happening?" Becca whispered, completely in awe.

"My favorite artist is about to become famous? Yep. You know I'm going to play the I told you so game for a while." Hunter smirked playfully, then hugged her. His eyes sparkled with love. "Seriously though, I'm so excited! An art show! Good things are coming, Bec. We just have to get through some of the hard stuff, too." Hunter jiggled a dance in his seat. "I'm marrying someone famous. I'm marrying someone famous," he chanted in a sing-song voice.

Laughter escaped Becca's lips when Hunter continued to dance and sing as Brock came back into the room. The sound of his laughter stopped Hunter short. Becca couldn't quit giggling! Hunter didn't embarrass easily, but for some reason he was today.

"Love the enthusiasm." Brock winked as he slid some papers across the table. "When's the wedding? I'll do my best to make her famous before you get married."

Becca snorted when Hunter's face turned red. "That's what you get for pulling the 'I told you so' on me." She nudged him, then turned to Brock. "We're getting married in March."

"Oh good! We have some time then." His smile was genuine.

Becca picked up the papers and studied them. When her gaze landed on a number with way too many zeros behind them, she gasped. "I think there might be a mistake there," she pointed.

"Oh no. Well, the numbers will vary depending on the piece, but that's what I'm thinking for the few I've seen. Is it too low?"

"Low?" Becca sputtered. He had to be kidding, but he sure looked serious. "No! It's high! I can't imagine someone spending that kind of money on a painting!" Let alone hers!

"Let me see," Hunter gently eased the papers from her hands. "Holy-" So the numbers even surprised him. She wasn't the only one then. Good. 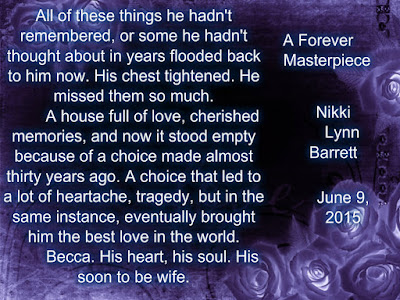 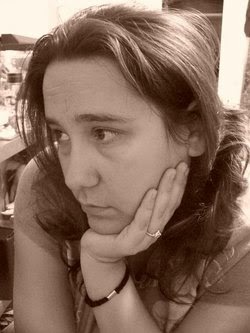 I'm an avid lover of books. I've been writing as far back as I can remember, completing my first "book" by fifth grade in one of those one subject spiral notebooks. I have a passion for music, photography, jewelry and all things creative. I live in Arizona with my husband and son, but dream of being somewhere much colder and stormier. For now, I'll have to live that life through my characters and stick it out with the summer heat.