“Sending you an SOS.”

When psychic Trudy Tucker hears this plaintive cry in her mind and then connects psychically with a little girl’s kidnapper, she is drawn to a small town in Missouri where everyone is suspect – including herself and her lover, celebrated psychic detective Levi Wolfe. As she and Levi work together to sort through whom and what to trust, an innocent life hangs in the balance. 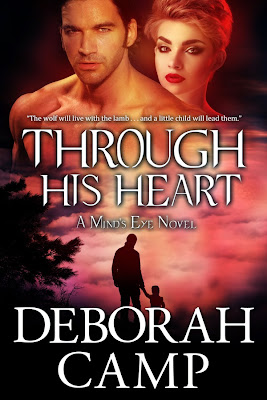 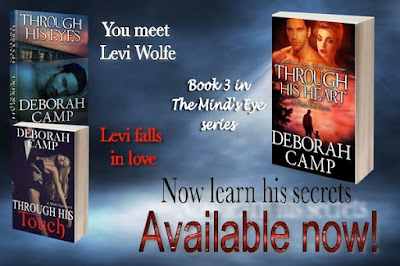 A shudder raced through her and her stomach knotted. Nausea rose up to her throat as darkness descended in her mind.
“I’m sending you an SOS. Sending you an SOS. An SOS.” Can you find me? Can you hear me?
“I hear you,” Trudy whispered, answering the small, trembling voice.
“Did you say something, Rachel? Are you singing something?” This was a different voice in her head. A deep bass, but gentle. Coaxing, cajoling, cunning.
The darkness parted like a curtain in Trudy’s mind and Rachel came into view. She sat in a child’s white rocking chair, her red tennis shoes dangling inches from the floor. A wedge of purple discolored her right cheek. Her lips twitched and her chin quivered.
“Be a good girl and do what you’re told and that won’t happen to you again. No one wants to hurt you. You gotta obey, though. Can’t say ‘no’ to your elders. Your mama should have taught you that.”
“It hurts.”
“Want me to kiss it and make it well?”
Rachel rounded her shoulders, making herself smaller. “Nuh-uh.”
“Okay then. I could make it stop hurting though . . . I’ll read you a Bible story. How about that? Remember what we talked about? God is way up here . . . then there’s his disciples right here . . . and then your elders . . . and you’re way down below that.”
Glimpses of hands . . . moving up and down, illustrating the levels. Dirty nails, dry skinned knuckles.
“Where’s Mommy?”
“Are you hearing me? This is important.”
“I want to talk to Mommy.”
“She doesn’t want to talk to you! God gave you to us. Your mommy is busy serving the Lord and now you’re here serving us because it’s been ordained. Quit touching your face! That won’t help it heal. Come sit in my lap while I read. Did you hear me ask nice? You won’t like it if I have to ask twice. That’s my good girl. You act like this all the time and you won’t get any more boo-boos.”
Was he kissing her? Was he licking her? 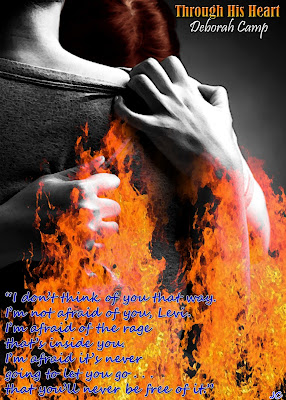 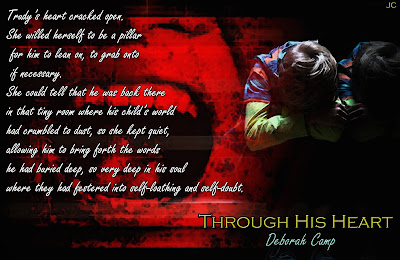 Author of more than 40 novels, Deborah lives in Oklahoma. She has been a full-time writer since she graduated from the University of Tulsa. Her background as a reporter for newspapers helped her to write fast and enjoy research. After she sold her first few books, she quit newspaper work to become a freelance writer and novelist. Deborah's first novel was published in the late 1970s and her books have been published by Jove, New American Library, Harlequin, Silhouette, and Avon. She has been inducted into the Oklahoma Authors Hall of Fame and she is a charter member of the Romance Writers of America. She is also a member of the Author's Guild. She was the first recipient of the Janet Dailey Award.

Through His Touch (September, 2014) is the second book in the Mind’s Eye series featuring psychic detectives Trudy Tucker and Levi Wolfe.

Lover of the west and the people who tried to tame it, Deborah likes to write about strong, independent women and the men who are their equals. She grew up on a diet of TV westerns which have served her well. Living in Oklahoma has also been a godsend. Since she appreciates men with devilish twinkles in their eyes, she likes to mix laughter in with the love scenes in her books.

Also widely published in non-fiction, she and writes and edits for a magazine focused on small businesses. Deborah taught fiction writing for more than 10 years at a community college. She has been a guest speaker at numerous writers’ conferences, including Romance Writers of America (RWA), Writers, Inc., and the Oklahoma Writers Federation, Inc. She has served as a judge in numerous writing contests throughout the United States and has judged manuscripts in RWA’s Golden Heart Awards and RITA Awards. She is currently working on her next historical romance set in the wild, wonderful west.

In 2012 her books were re-issued on Amazon for Kindle Direct and have attracted tens of thousands of new fans. Her books have made the Amazon bestseller list and “Too Tough To Tame” hit the #1 historical romance spot for Kindle Readers.