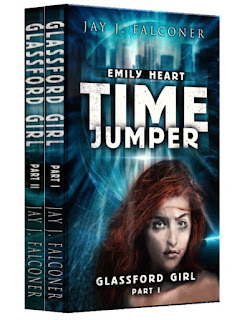 Book Description:
Teleportation. Telepathy. Superior strength and speed. Abilities she never wanted. Abilities she must learn to control.
Emily Heart used to have a normal life. A life filled with family, friends, and a warm bed to sleep in. But that was before the night of The Taking. The night when she was abducted and genetically transformed against her will.
Now she's lost everything and living on the streets of Glassford Park, struggling to stay alive one more day. But it won’t be easy. Not when a gang wants to kill her, cops want to arrest her, and a reporter wants to expose her.
However, Emily’s problems don’t end there. Any uncontrolled burst of emotion can send her jumping randomly across time and space, arriving naked and alone. If she's not careful, she could travel to infinity and beyond, never to be heard from again.
Emily doesn't quite know what she is, or what she's capable of, but she knows what she can't afford to do -- feel anything.
And she can’t afford to make any mistakes.
Available at Amazon
Excerpt


About the Author:
Jay J. Falconer is an independent author, publisher, blogger, editor, engineer and Sci-Fi junkie who lives in the mountains of northern Arizona where the brisk, clean air and stunning mountain views inspire his workday. He makes his online home at: www.JayFalconer.com and is an active member author with BookBreeze.com. 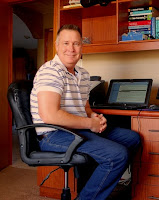 Mr. Falconer is the author of the critically acclaimed Narrows of Time Series and The Emily Heart Time Jumper Series, and is currently developing an all new apocalyptic Sci-Fi series called Redfall, The Flames of Tomorrow, due to be released in 2015.
Be sure to watch the video trailer for the Author's Narrows of Time book series by cutting and pasting this link: http://youtu.be/QXic3vkwC1U
Website: http://www.JayFalconer.com
Facebook: http://www.facebook.com/NarrowsOfTime
Twitter: @JayJFalconer
Goodreads: https://www.goodreads.com/author/show/5314496.Jay_J_Falconer
Amazon: http://www.amazon.com/Jay-J.-Falconer/e/B00IZO33N4
Tour Giveaway
1 set of the series (all 3 paperbacks) and $25 amazon gift card to 1 lucky winner
a Rafflecopter giveaway
Brought to you by