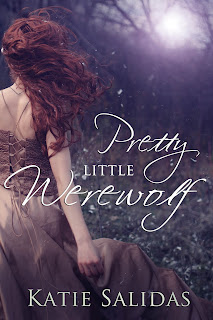 All Giselle ever wanted was a family... that can accept   her for what she is, a werewolf.
In a world where supernatural creatures are not out   and proud, this has been a problem for 16 year old     Giselle. A child of the system, she's been bounced   from home to home for as long as she can   remember. As soon as the moon calls out her inner   wolf, it's back into the system she goes.

Against the odds, a new family is found for Giselle.   One that may prove the answer to all her dreams     and wishes. But this family comes with a deadly   secret that could send Giselle six feet under instead   of back into the system.

Amid factions of warring witches and werewolves,   and deadly curses with no hope for a cure, the way will not be an easy one, but if Giselle can call upon her skills as a lone wolf, she may just be able to unearth the truth keeping her from the one thing she's ever wanted... family. 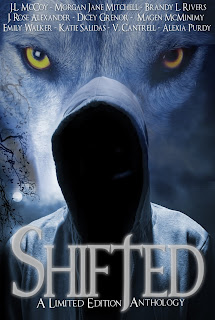 Blood Moon (SMVS, #5.5) by J.L. McCoy
Nikki St. James' life changed when she was kidnapped by vampires, and Dean Cruz, local werewolf alpha, might just be what she needs to pick up the pieces of her broken life.

Pretty Little Werewolf by Katie Salidas All Giselle Richards has ever wanted was acceptance for what she is, a werewolf. But acceptance comes at a price.

Primal Hunger by Magen Baxman McMinimy Can a werewolf ever truly trust a vampire? Follow Andre and Savannah as they struggle with love, loss, betrayal and unexpected friendships.

Twice Bitten by Morgan Jane Mitchell Abnormally attracted to the moon, medical examiner Fia Ruiz discovers her true nature when she's bit not once but twice as two supernatural rivals fight to claim her.
Posted by Unknown at 8:30 AM