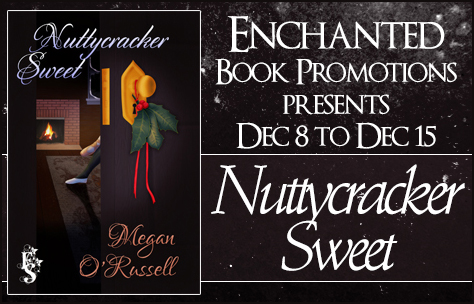 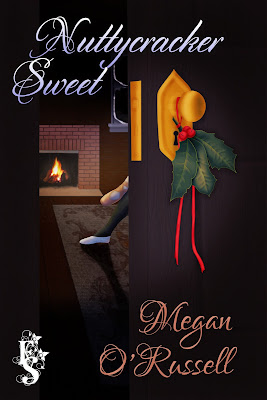 Title: Nuttycracker Sweet
Author: Megan O’Russell
Genre: Contemporary Romance
Pointe shoes, tutus, and a snowy road trip with the man she hates. What could possibly go wrong?
The plan was simple. Get to Portland, dance The Nutcracker, and don’t murder your dance partner. And most definitely, do not, under any circumstances, fall in love with him.
A snowy road trip strands Elle Grant in a tiny cabin better suited for serial killings than rehearsals for two professional ballet dancers. With no one but the incredibly talented, excruciatingly handsome, and notoriously terrible Zachary Benson and a few taxidermy woodland creatures for company, Elle’s Christmas plans are officially ruined. Can she and Zach learn to like each other enough to dance together? And can Elle get home without losing her heart to the Christmas Cavalier? 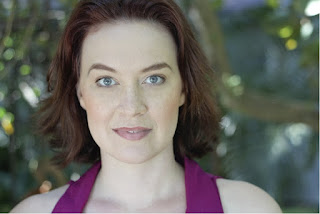 Megan is thrilled to be working with Fiery Seas Publishing! Her other published works include Young Adult fantasy novels The Tethering and The Siren’s Realm. Megan is also a featured author in the Athena’s Daughters 2 anthology of women in speculative fiction.
Megan is a professional performer who travels the country living out a thousand lives on stage. Her wonderful husband and frequent dance partner is always by her side.

For more information on Megan’s books, you can visit her website at meganorussell.com


“From the top,” Zach said. Instead of counting them into the Pas, he turned Elle into his arms leading her in a perfect waltz. “I call this the ballet of the snowed-in dancers.” He shifted Elle into a tango position, pulling her chest to meet his.
He ran his hand up her back, finding the perfect place below her shoulder blades to guide her and effortlessly controlled her weight as he led her around the room. Elle's heart raced and her body began to hum.
Good God, there is nothing sexier than a man who can dance.
“I didn’t know this was part of the Nutcracker.” Elle raised an eyebrow but still let Zach lead her in a wide circle around the room. He changed the step, drawing her closer as he began to sing a tango.
“It’s a part of the Nuttycracker Ballet.” Zach spun Elle so her back was to him and continuing their tango.
“I don’t think we learned that in repertory class.”
“I’ll tell you the story.” Zach took Elle’s hand, spinning her under his arm before holding her tightly to his chest. “It’s a story of an unlikely friendship between two dancers.” He was swaying gently from side to side.
“Really,” Elle said.
“They get trapped in a winter storm.”
His hand moved up her back, resting just below her shoulder blade. Elle’s breath caught in her throat.
“The dancers never got along before.” Zach lifted her, tipping her back into a low dip inches above the floor. “But by dancing together, they learned to trust each other.”
His face was an inch from hers. Their eyes locked. All she had to do was tilt her head, and their lips would meet. They were alone.
Excerpt 4: “How many times are you going to need to run through this?” A harassed looking woman dressed in all black asked Elle as soon as she stepped backstage.
“Huh?” Elle asked, staring at Zach who was already on stage surrounded by teenage girls. Madame Bedford was hanging on his arm, batting her eyelashes at him.
“I tried to ask Mr. Benson, but he’s busy,” the stage manager sighed. “And we have to have the stage clear in fifteen minutes.” She pointed to her clipboard.
“That’s fine.” Elle stepped onto the stage.
“Elle.” Zach turned to her, beaming, already performing for everyone. “If you’ll excuse me, the Sugar Plum needs her Cavalier.”
“Take a seat girls,” Madame Bedford called to her students. “We have a real professional here to dance for us.” She winked at Zach.
“Full out?” Zach asked, taking Elle’s hand.
“I don’t know,” Elle mumbled through a smile. “Apparently I’m not a real professional.”
“No one likes a bitter ballerina, Elle,” Zach said as the music began.
Dancing with Zach was like flying.  If dancing in the cabin had been intimate and warm, then dancing onstage was heaven. They were moving through infinite space. His hands found her waist perfectly, lifting her without effort. Catching her without fear.
They were together in every breath, every step. Before Elle could revel in how exquisite dancing with Zach felt, the song was over, and the children were cheering as Zach set her back on her feet.
“Can we please clear the stage?” the stage manager called from the wings.
“We’re done.” Elle turned away from Zach. “We’ll be fine for the performance.”
“Elle,” Zach called after her, “are you—“
“Mr. Benson,” Madame Bedford interrupted Zach before Elle hit the wings.
Elle walked away without looking back.