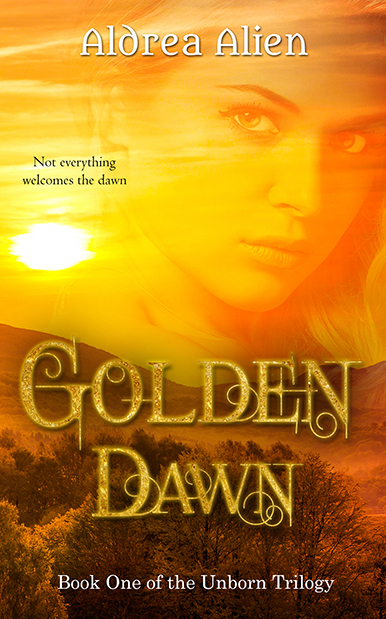 Title: Golden Dawn
Author: Aldrea Alien
Genre: Paranormal Romance
Family and blood.
After 1100 years, these simple words mean everything to Herald. His life has been ruled by keeping his siblings safe, keeping them from becoming prey whilst feeding on the weaker. His failures have been many and measured by those he has lost. People like his twin brother.
There has always been another enemy.
Just who the enemy is comes into question when Herald meets the dangerous, angelic creature he is to guard. Wondering where his true loyalties lie is a dangerous thought. No matter whether he chooses family over the heart, it will mean death.
Only the right choice will ensure the life taken is not his.

Born and raised in New Zealand, Aldrea Alien lives on a small farm with her family, including a menagerie of animals, most of which are convinced they're just as human as the next person. Especially the cats.
She discovered a love of crafting other worlds at the age of twelve when she first conceived the idea of The Rogue King. Since that that fateful day, she hasn't found an ounce of peace from the characters plaguing her mind, all of them clamouring for her to tell their story first.
It's a lot of people for one head.