Review: The Immortals ( Part One - Shadows and Starstone) and (Part 2 - Allies & Enemies) by Cheryl S. Mackey 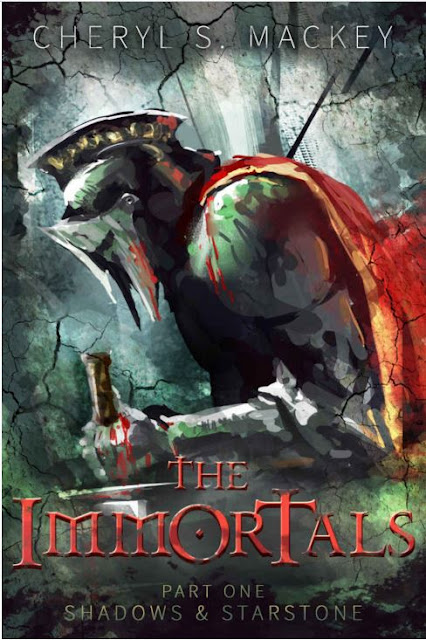 A thousand years ago the gods known as The Four created the Immortals to protect and defend their world against an invader known as the Dro-Aconi—and then vanished. Left to fend for themselves, the three races of Ein-Aral and the Immortals banded together to save the world. Part One: Shadows & Starstone Ivo, Jaeger, Jadeth, and Emaranthe must protect a desert village and its hoard of Starstone, a power source that can aid the Dro-Aconi’s plans for the dominion over Ein-Aral. Can the companions battle inner demons long enough to defeat legions of enemies and keep them

I really enjoyed this prequel. It's part one of a two part prequel series by Cheryl S. Mackey.

This is the first book by this author that I've read and I am currently reading part two. I really liked reading about these characters and about their lives. Their stories are very complex and tragic, yet they are warriors none the less.

This story would make an awesome movie or television show, with all the action, drama, and the love they have for one another, creating their own little family. 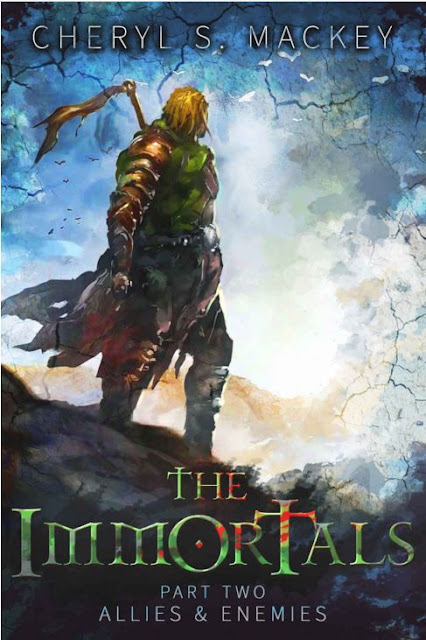 A mortal who believes in a different god. A spy who betrayed his tribe. Allies…or enemies? Part Two: Allies & Enemies Ivo, Jaeger, Jadeth, and Emaranthe must locate a lost city. To find it they need a map held by their enemy. When they are joined by a spy seeking redemption, and a mortal seeking his destiny, the quest becomes one of life and death, love and loss, deceit and hope. Will they find the map in time? Or will they discover enemies among allies?

The continuation of the prequel series was just fantastic. Part two of the prequel series by Cheryl S. Mackey is far better than the first half in my opinion. Based on the fact that it made me feel more. it played on so many emotions and I had to go and buy the
The Unknown Sun right away, which is the first book in The Destiny series, which the Immortals are the prequels to. 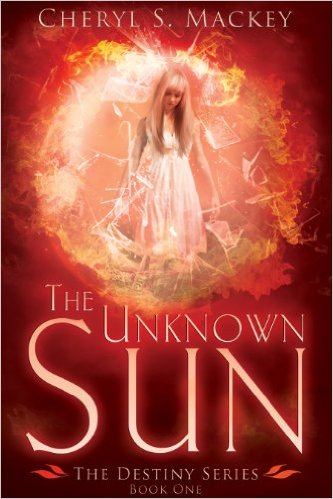 Skyfall is dying, and the Immortals who had protected Airi and Belamar's world have been missing since the Great War. Moira, Airi, and Belamar must find a journal left by the twins' deceased mother, Tanari, that tells of a prophecy that must be fulfilled to free the Immortals known as The Unknown Sun so that Skyfall can be saved. Deeper, darker, secrets unravel around the three friends as a revolution threatens their quest and the boy who tried to destroy Moira on Earth hunts them. Tanari knew more than she had let on, and within her journal a story is more than it seems, the past foretells the future, and a far-reaching plan is unveiled. Why did Tanari reach across time and space to entrust a simple human girl with saving Skyfall? Who are the mysterious “Four” mentioned in the journal? And why does another Immortal want her, and The Unknown Sun, dead? 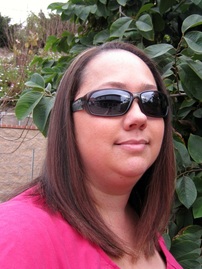 I live in Southern California with my adorable hubby and 2 sons. I am a Document Specialist with a mortgage company during the day and a writer during the night!

I have a MFA in Creative Writing and enjoy games, reading and, of course, writing.  I grow tall bearded irises and avidly listen to trailer music by groups like Audiomachine, Two Steps from Hell, and Future World Music (see samples to the right -->).   I currently have a flash fiction story published online at The Prompt Magazine.

My favorite genre to write and read is YA Fantasy closely followed by YA Paranormal and I would love to dabble in Steam Punk and Dystopian.

I have been writing for myself since I was 13 and using my mother's dinosaur of a typewriter (it was from the fifties I think!) and my father's special resume paper (without his knowledge).  Those stories are long gone, but  my brain never sleeps without coming up with new ideas.  I am also a notoriously SLOW writer because I stress out and OCD over every word, freak out, then redo it.  Rinse and repeat and you have why it takes me a year to do a draft.