Review: The Story of Lucius Cane by Vanya Ferreira 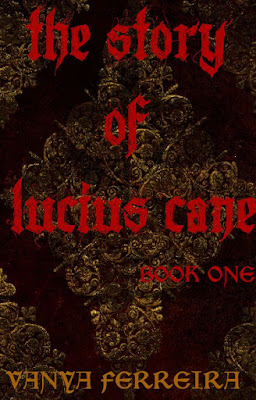 The Story of Lucius Cane
by
Vanya Ferreira

London, 1794. Lucius Cane, a peculiar sort of vampire, comes upon an opponent the likes of which he has never seen before – a brute with remarkable abilities. But not all is as it seems as their encounter unfolds in a manner that neither of them expected.

Looking for a wickedly exciting quick read, then pick up The Story of Lucius Cane by Vanya Ferreira. Seven action packed chapters that will keep you on the edge of your seat and wanting more. What starts to look as if a romance could happen for Lucius when he meets a pretty young woman walking home late at night turns into a much more twisted tale. Vanya’s story is vivid with imagery and reminds me of Bram Stroker’s type of characters. Classy, romantic, stylish villains that you know you should never fall for but can’t help yourself. The twist at the end had me screaming “What? NO! This can’t happen.” I am hoping for more shorts to find out what happens to Mr. Cane? Will he get the girl? Will he have vengeance for what the wolf did? Oh what did the wolf do? Well, you will just have to read the story and find out. I promise you’ll be dying for more. 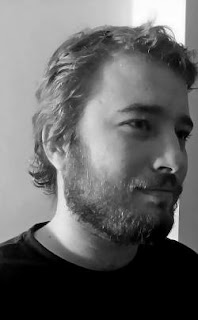 Vanya Ferreira was born in South Africa and currently resides in Serbia. He has been reading since he can remember and has a passion for writing; he simply finds the syntactical nature of language to be a beautiful and mesmerizing creature. Apart from his short story collection, Vanya is also currently working on a full length psychological crime thriller that should be released before the end of the year.
LinksFacebook - https://www.facebook.com/vanya.ferreiraTwitter - https://twitter.com/AuthorVanyaFLink to Amazon Author Page - http://www.amazon.com/Vanya-Ferreira/e/B01BN0PI4S/

Chapter 1: An Unexpected Encounter
Anne was walking home from the Arken ball that she had attended earlier in the evening.
James, her escort and the man that she was hoping to be courted by, had sorely disappointed
her by getting blindly drunk and falling asleep next to the stables. She decided that it would be
best just to walk home by herself since she didn’t live too far.
“Oh, what a fool James is!” she silently exclaimed to herself. Her disappointment and the
embarrassment made her cheeks flush even more.
She stared down at the cobblestone road as she proceeded on her way home. She felt a
change in the air and looked up to see a man standing in front of her. He was tall, well dressed
in garb that was akin to an officer’s uniform but she found it rather strange that he was wearing
all black, he wore a cocked hat that had three points – almost like a pirate’s but far more
expensive - and long, untied but well groomed grey hair – or was it silver? – which flowed from
under the hat. He also had a strange but very expensive looking pendant hanging on a silver
chain. She was slightly startled but was not afraid. The man spoke first,
“Good evening, Miss. I have to admit that it is most unusual for a lady to walk
unaccompanied at this time of the evening. May I ask your name?”
Anne felt slightly uncomfortable; she did not know if it was because of the man or if it was
because she’d been so lost in thought that she didn’t notice him approach. She hesitantly said,
“Yes, it is rather unusual but so my night has been. My name is Anne Hathborne and may
I enquire as to yours?”
“But of course, dear Lady. My name is Lucius Cane and if I may, I would like to
accompany you to your destination? I do not believe that such a beautiful young woman should
walk home alone at such an hour.”
“Why, how kind of you, Mister Cane, and I might add that you have quite the silver
tongue.” Anne said while smiling.
She extended her hand, he promptly took it in his own and she noticed that his skin was
cool to the touch, bent down and softly kissed it. He could see her veins filled with delicious
blood, he could taste it exuding from her skin but he kept himself composed. He placed her arm
in the crook of his and they started walking.
“Naïve girl” spoke a disconnected raspy voice.
Anne looked up at him from the side and noticed that he was particularly handsome with
fine features, albeit a little pale, and was almost beautiful. He couldn’t have been more than
thirty five years old even though, at first glance, his silver hair appeared grey. He looked down
at her and his cool green eye met her eyes. She blushed and looked away.
Lucius’ keen eyes caught a shadow up on the roof across the road; he felt them being
watched and grew excited. He needed to feed.
“So, Miss Hathborne, what brings you to walk alone at this hour?” Lucius broke the
silence.
“I was attending the Arken ball earlier this evening and my escort failed to be a gentleman.
Don’t mind me asking, Mister Cane, but I have noticed that you have a slight accent to your
English. Do you come from London?”
“Very observant of you,” Lucius was impressed. He tried to conceal his accent best he
could and few people noticed it, “No, I do not originally come from England but have spent many
years here and a myriad of other distant countries. Have you ever traveled, Miss Hathborne?”
“I did once, many years ago, with my father. We went to India since he has ties with the
Dutch East India Company. It was a rather exotic experience.”
“Ah, yes, I once traveled with a Dutch East India Company ship. It was quite thrilling.”
Lucius replied.
He could feel the hour grow and the night fold around them; he enjoyed this feeling, it was
his playground, the dark. He knew that the moment was drawing closer and noticed he was
salivating. Their observers were still out there; clutching to the darkness and flitting from
vantage point to vantage point.
Lucius craved for her horribly; he could see with every heartbeat how her jugular would
swell and he could see the delicious blood pulsing through as red, glowing streaks but he kept
himself and his hunger contained. He had become quite adept at this single task of self- discipline and he knew that his time would come. They walked for two more minutes but in
silence, Anne was very curious as to whom Lucius was but did not mention more since the quiet
felt more fitting. She felt, even though he gave no indication, that he was searching for
something out there in the darkness where the gas lamps’ illumination ended.
“This is my father’s house.” Anne motioned.
It was a large manor with a very well kept garden that had a variety of purple, yellow, pink
and red flowers that punctuated the air with sensual fragrances. A carriageway that led to the
front of the manor was lined with statues of Greek origin and lit lamps that burned with toiling
black smoke indicative of oil and tallow. The manor was quite lavish with three stories and a
well-lit porch.
“Very well then, Miss. I shall accompany you to the door and then my role as your escort
shall be fulfilled.”
“Thank you, Mister Cane, for being so gracious and please call me Anne.”
“You have to be quick about it, Lucius.” Spoke a dusty voice but Anne did not hear it.
“You are most welcome, Anne.” Lucius replied.
He led her up the carriageway and knew that it was almost time.
Posted by sldearing at 5:00 AM