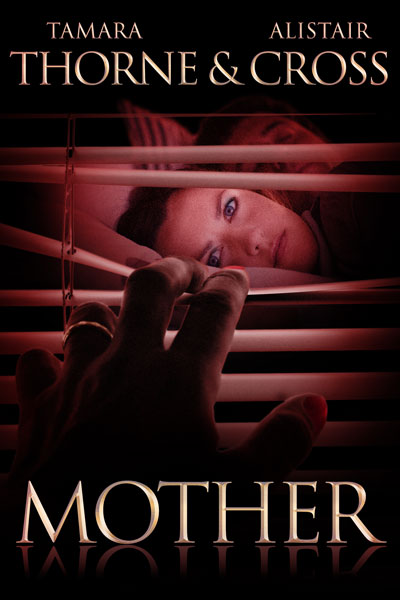 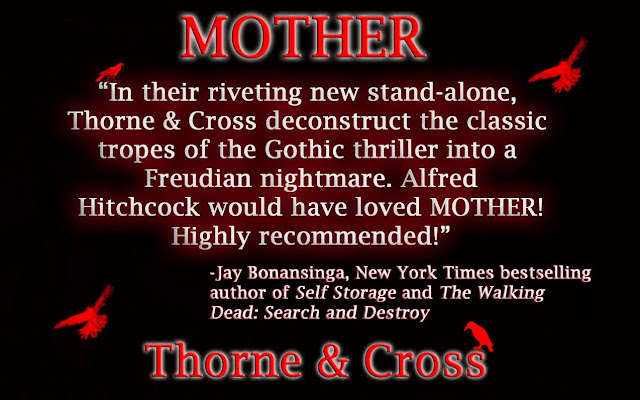 Tamara Thorne's first novel was published in 1991, and since then she has written many more, including international bestsellers Haunted, Bad Things, Moonfall, Eternity and The Sorority. A lifelong lover of ghost stories, she is currently working on several collaborations with Alistair Cross as well as an upcoming solo novel. Learn more about her at: http://tamarathorne.com 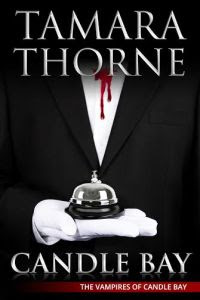 Alistair Cross grew up on horror novels and scary movies, and by the age of eight, began writing his own stories. First published by Damnation Books in 2012, he has since co-authored The Cliffhouse Haunting and The Ghosts of Ravencrest with Tamara Thorne and is working on several other projects. His debut solo novel, The Crimson Corset,an Amazon bestseller, is available now. Find out more about him at: http://alistaircross.com 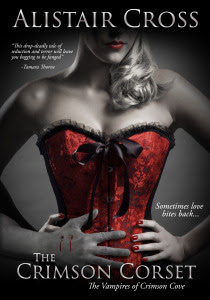 In collaboration, Thorne and Cross are currently writing several novels, including the next volume in the continuing series, The Ravencrest Saga. Their first novel, The Cliffhouse Haunting, was an immediate bestseller. Together, they also host the horror-themed radio show Thorne & Cross: Haunted Nights LIVE! which has featured such guests as Laurell K. Hamilton, Christopher Moore, Chelsea Quinn Yarbro, Charlaine Harris, Jay Bonansinga, and Christopher Rice. Thorne and Cross are hard at work on several upcoming collaborations, including a sequel to Tamara’s Candle Bay, which will feature plenty of vampy action as the Darlings and Julian Valentyn are joined on a road trip to Eternity with Michael and Winter from Alistair’s The Crimson Corset. It’s going to be a harrowing ride! 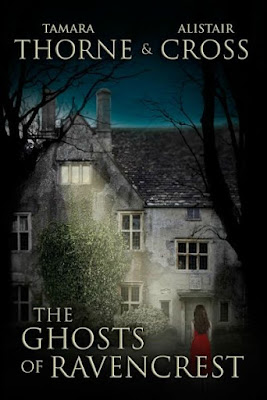 
RIU: Hi, Tamara and Alistair! Welcome to Rising Indies United. Please tell us a little bit about yourselves. When did you first begin writing?
We both began writing around the age of eight and continued throughout our childhoods. Tamara went into journalism but didn’t care for it since she was required to tell the truth. Later, her husband suggested she try to write and sell a book. It worked and she’s been doing it ever since. Alistair spent several years doing the whole 9 to 5 thing and eventually realized he wasn’t going to live forever, and that his only route to real happiness was through writing.


RIU: Why did you decide to write Mother together? What kind of pros and cons did you come across during the process?
We have been collaborating for several years - together we wrote The Cliffhouse Haunting, The Ghosts of Ravencrest, and are working on the next book in the Ravencrest Saga, the serialized novel, The Witches of Ravencrest. We conceived of Mother together and it never occurred to us to not write it together. The pros are that we have such similar sensibilities and writing styles that it’s extremely pleasurable to write together.  The only con we can think of is that we have to split the royalties.
RIU: That's not too bad if that's the only con. Tell us about your book, Mother.
Mother is a psychological thriller in the vein of Psycho and Misery, with a pinch of Peyton Place and a dash of Gaslight. It concerns a young, expectant couple, Claire and Jason Holbrook, who’ve fallen on hard times, forcing them to move in with Claire’s estranged mother. Claire vowed to have no contact with the overbearing woman ever again, but Mother is thrilled at the prospect of a grandchild. At Mother’s, Claire and Jason begin experiencing things that make them determined to leave immediately … but when a cruel twist of fate makes leaving impossible, Claire becomes obsessed with her mother’s motives. Fantasy and fact blur together as her compulsion consumes her, and Jason wonders who the villain really is. When a cache of macabre family secrets is uncovered, Claire and Jason find the answers they’re looking for - answers that will change them forever … assuming anyone can get out of Mother’s house alive.
RIU: Where do you find inspiration? And can you tell us about how you were inspired to write?
We both find inspiration all around us. Life, folklore, history, and, especially people watching, is inspiration. Brainstorming makes inspiration soar. And as kids, we were both huge readers. Tamara was inspired to write not only by “true” ghost stories, but by Ray Bradbury. She considers him her mentor. Alistair was inspired by Edgar Allan Poe and Stephen King.
RIU: Who have been your biggest supporters?
Aside from each other, we have a close network of strong supporters. Our families and friends, are very supportive. We tend not to spend time with folks who aren’t supportive, and since we spend the majority of our time writing, we don’t have time for casual relationships.
RIU: What is the hardest part of writing? What is the best part?
The hardest part is the ancillary work it requires. Writing itself is a joy. After we’ve been in editing and pr mode for a while, writing feels like we’re jumping back into a beautiful swimming hole on a tropical island, complete with a tire swing. It refreshes us and makes us joyous. It’s hard work, always, but it’s work we love.
RIU: I think we can all relate to that. Who has been your biggest influence?
We’ve both been influenced by many authors, as well as our mothers - who can take no credit for inspiring MOTHER. Both taught us to love books at early ages and kept us supplied with all the reading matter we wanted. Tamara’s biggest childhood influences are Ray Bradbury, Richard Matheson, Shirley Jackson, H. Rider Haggard, Arthur Conan Doyle, J.R.R. Tolkien, and MAD Magazine. After the age of twelve, she found inspiration in Tom Tyron, August Derleth, Ira Levin, and a little later, Michael McDowell and Stephen King. And MAD Magazine. Alistair was strongly influenced by Dean Koontz, John Saul, and Ira Levin.
RIU: Very cool. I too love those authors... a huge influence on so many authors today. What is your writing process?
We work together on Skype and in the Cloud, where we can literally work off the same page. Monday through Friday, we work 8 - 10 hour days, and on Saturdays, we work half a day. We take Sundays off.
RIU: Sounds like you've got the schedule nailed down. What advice would you give a new writer?
If you’re serious about writing, treat it like a job, not a hobby. Whether you work full-time or not, have children or not, whether you “have time” or not, write every day.
RIU: Great advice! If you could have dinner with any 5 writers (dead or alive) who would they be and why?
Alistair would choose Stephen King, because, hey … Stephen King. Edgar Allan Poe, because I’d like to see if he’s as depressed as they say he was, Agatha Christie, so I could find out why she never had Miss Marple commit a murder, Virginia Woolf, so I could ask why she didn’t just use a gun like a normal person, and God, so I could find out exactly how much he had to do with the writing of the bible. Tamara would also choose Edgar Allan Poe, Stephen King, and Agatha Christie for the same reasons. In addition, she’d like to dine with Samuel Clemens before he got old and grouchy, and William Shakespeare in hopes he’d be as wonderfully raunchy and entertaining as his work.
RIU: LOL! Those are great questions for your choices. What can we expect from you in the future?
More installments of The Witches of Ravencrest, a collaborative sequel to Tamara’s classic vampire novel, Candle Bay, which will feature several vampires from Alistair’s novel,The Crimson Corset, a solo novel from each of us, more collaborations, and an abundance of fascinating dark fiction writers on our radio show, Thorne & Cross: Haunted Nights LIVE!
RIU: Thank you for taking the time to talk to us today. We wish you much continued success!
Thanks for having us! We had a good time! 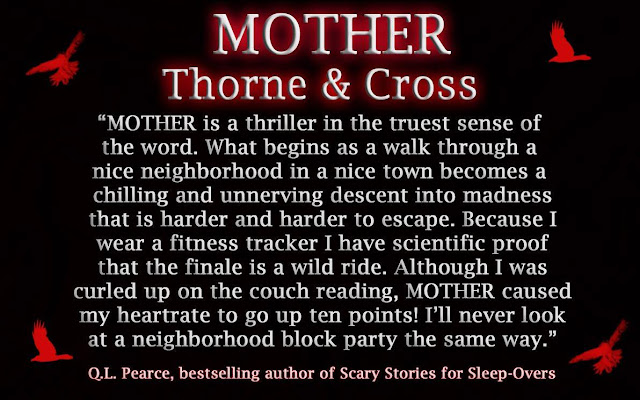 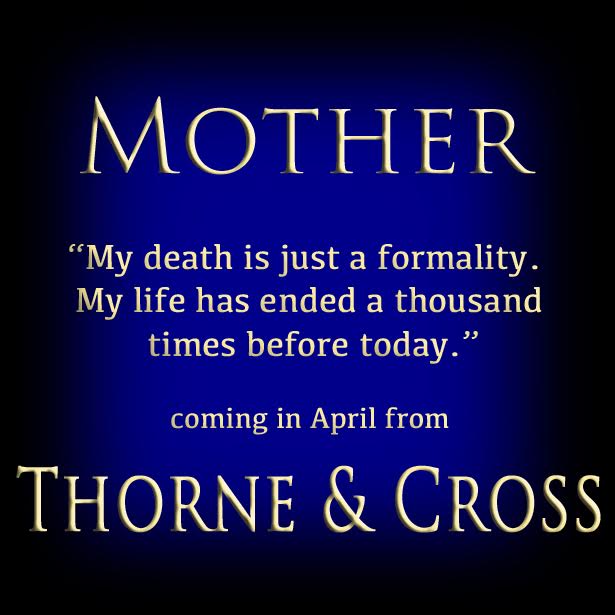