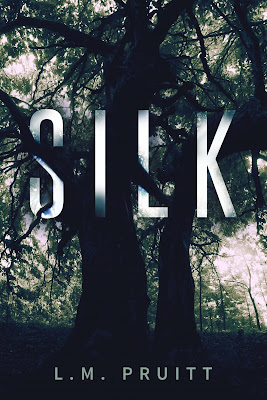 They called it the murder tree.

In 1995, twenty kids went in to the woods. Only three came back.

There are monsters in the woods.

Twenty years later, what happened is still a mystery.

The monsters are back.

Now, the town of Silk faces its greatest threat in over two hundred years. No one is safe.

Not even the monsters.

Available for Pre-Order at Amazon

It’s been a while since I read my first love, Horror. When I saw an opportunity to read Silk by L.M. Pruitt, I jumped at the chance. The premise was intriguing and didn’t disappoint.

Ms. Pruitt has woven a dark and foreboding place in Silk, GA. The three main characters are Elias, Shepard and Isaiah, three friends who survived the Mulberry Massacre, but have suffered the wounds of trauma. They are complex and flawed in the best possible way. Despite their weaknesses, I really grew to love and hate them.

Pruitt has an easy style and weaves the darkness into a visual display. I couldn’t put the book down and had to find out what happened. I was extremely satisfied with the end, as well as the progression and growth of the characters, or lack thereof.

My only issue with this book is a need to be proofed. There are several instances where the word in the book is wrong. At first I thought it might be a local thing, but as the book went on I realized the words were similar but incorrect. Despite this issue, I was still enthralled and loved it. If you are looking for a dark, gritty read, this one is for you. 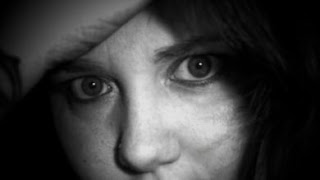 L.M. Pruitt has been reading and writing for as long as she can remember. A native of Florida with a love of New Orleans, she has the uncanny ability to find humor in most things and would probably kill a plastic plant. She knows this because she's killed bamboo. Twice.  She is the author of the Winged series, the Plaisir Coupable series, Jude Magdalyn series, the Moon Rising series, and Taken: A Frankie Post Novel.
http://www.lmpruitt.org
https://www.facebook.com/pages/LM-Pruitt/364776895104
https://twitter.com/lmpruitt
http://www.amazon.com/L.M.-Pruitt/e/B00427WOW4/
https://www.goodreads.com/author/show/4320796.L_M_Pruitt 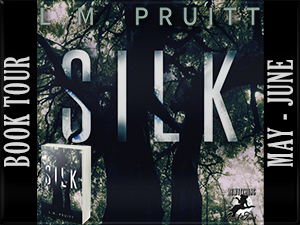