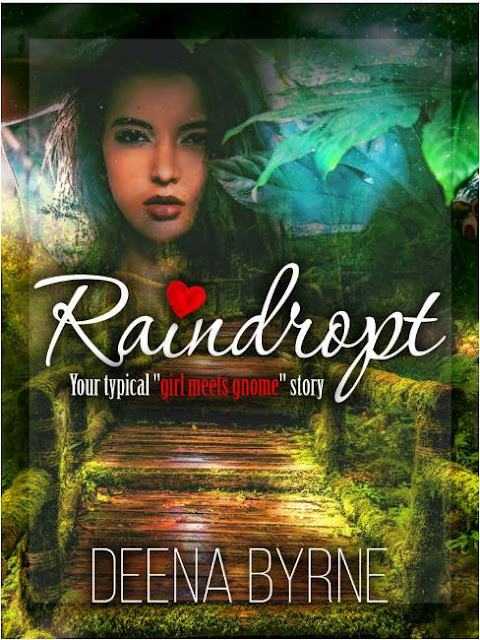 Leah Fox is a snooty New Yorker who has yet to know life without heated toilet seats. One day, she’s walking along Fifth Avenue, and some woman seems determined to steal her concrete. Leah confronts the woman, and the stranger turns out to be a witch. She tells Leah she’s “too aggressive for Manhattan” and enacts a spell to teach the privileged socialite a lesson. The next thing Leah knows, she's free-falling through a subway grate that deposits her in the Bosch Rainforest. Once there, she falls in a love with a humble gnome who derails her plans of getting home.

With a title like Raindropt: your typical girl meets gnome… it peaked my interest. This story by Deena Byrne is a reverse of the movie Enchanted. Our New York socialite Leah gets dropped into a fairy story realm that is not your Disney style land. More adult themed, and there are some characters that you have seen in other books that you may have grown up with. Fairies, ogres, gnomes, and a witch in disguise all reside here in this rainforest type realm, along with succubi and some brand new creatures. While Leah has to figure out how to live in her new surroundings, she finds love and few other things about herself she never knew.
To say this story and I were love at first sight would be a lie. In the first few chapters, I felt that the dictionary had been over used as well as the word “lapis-lazuli-blue lake”. I am not the fashionista and had to look up the color. Now, the first time it was used to describe the river was fine but it was used over and over, and I felt it became rather obnoxious. Despite that issue, just like Wicked, this book opened up beautifully and sucked me onto their realm.
Deena did create a magical realm full of color, sounds and smells. Who wouldn’t want to watch reality TV with a succubus, have drinks that are sprinkled with fairy dust and have a pet unicorn. Sounds like a place it would like to visit. 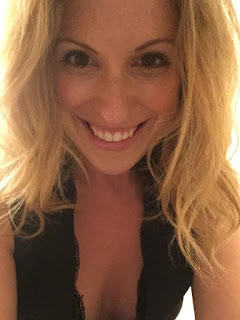 Deena Byrne is a writer based in Dublin, Ireland, but she originally hails from the United States. She has loved to write since she was about eight years old and first discovered the family typewriter. Inspired by The Babysitters Club and Sweet Valley High, she penned about ten books about a group of friends who run a dance company for charity for the next few years. She continued to write in and outside of the home through the years, eventually graduating Magna Cum Laude from the University of Florida with a degree in journalism.
Byrne moved to New York City in 2006, and she ended up taking a job in tech sales to afford the exorbitant rent. That job took her abroad to London in 2012 and then to Dublin in 2014, and she remains there to this day. She left her job in 2015 to pursue her lifelong passion of writing, and she has finally been able to put her journalism skills to work as a wellness contributor to a US­based website. She self published her first novel, Raindropt, your typical “girl meets gnome”story, in March 2016.Y ou can find Deena online at deenabyrne.com.