Book Tour: Keys to the Sun by Marcel Feldmar 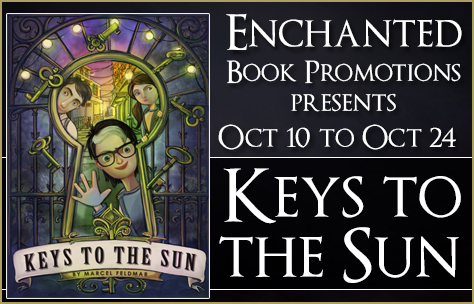 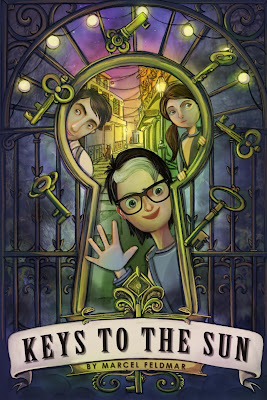 In a city built on legends, the truth is hard to find.

This is a novel-length fantasy based in modern-day New Orleans and inspired by The Hardy Boys and Nancy Drew, with maybe a little bit of The Goonies and Scooby-Doo.

Keys To The Sun is a mystery tale about three teenagers on vacation in New Orleans who find more than they bargained for when they discover a secret attic in an old mansion.

Lucas and Parker Chance, with their new friend Nicole Wells, find an old map and mysterious clues that promise to lead them to a long lost pirate’s treasure. With the help of their enigmatic Aunt Ruby they begin to search through the French Quarter, but soon realize they are not alone in their quest, and find themselves caught between the forces of good and evil as the treasure turns out to be the location of the legendary House of the Rising Sun. 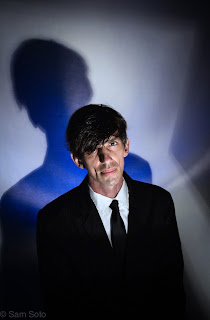 Marcel attended the writing program at the Naropa Institute (otherwise known as the Jack Kerouac School of Disembodied Poetics) and moved through a few college creative writing courses in Vancouver (Canada). He was distracted by music for a few years, but finally decided to trade in the drumsticks for a pen, and proceeded to write his first novel — The Devil’s Jukebox. After the book writing block was removed, the words started to flow.


He is currently working on a more adult tale that falls into a similar style, which has been called “Paranormal Pop Fiction”, but evidently he is also starting to work on ideas for a sequel to Keys To The Sun.

Excerpt #1
“Bury me above the cold, cold ground,” he whispered quietly. “Where my soul shall not be drowned.”
“What?” Aunt Ruby snapped her head around.
“Nothing,” Lucas said shrugging. “Just rhyming.”
Aunt Ruby promised they’d come back when the gates were open. Mother wasn’t so sure, but father convinced her by telling her how amazing her photographs would look.
The neighborhood seemed so quiet as they drove. “You’ll see. It’s a different world in the daylight,” Cole told them.
The sun had set, the yards were full of shadows, the trees seemed to sway secrets between leaves and branches. People on the street walked quietly, stopping on occasion to take a picture of an interesting porch or house. Windows were lit, golden and warm, but curtained. There was a world inside each house hidden from them all, a story they would never hear behind each wall.
“And then the journey ends,” Aunt Ruby said suddenly as Cole turned the wheel. They drove between two houses on a gravel path that curved into a row of trees, a gnarled and twisting moss-covered oak and a row of magnolias. The wheels spun and crunched, and Cole skidded to a halt beside a brick wall that had turned almost black from age.
“Home.” Cole jumped out of the car and opened the doors for her passengers.
The six of them stood and looked past the large oak, along the decaying brick wall and through the magnolia trees. They looked and didn’t move a muscle, except for a soft exhalation from mother and a quiet sigh from Lucas.
The street they had driven along was gone. The houses they had driven between were hidden. What they could see was a grey house. A beautiful two-story house with ornate columns on the bottom, a balcony with wrought iron rails and more columns, two rows of windows, alternating stained and tinted glass. The walls were painted different shades of grey, from not quite white to not yet black. The highlights around the windows and rails, the eaves, the door, the stairs, and the spirals of the columns were all different shades of the same theme. A beautiful merging of shadows that formed a cohesive look for a house that couldn’t possibly be any other color than grey.
“Welcome to Twilight Oaks,” Aunt Ruby said.

Book Excerpt #2
Aunt Ruby sat and gazed at the three anxious faces in front of her. “So you found something that was hidden in Twilight Oaks?”
Lucas shifted and swung his backpack around so it faced him. He dug about for a second, then placed the items on the table. The mysterious hollowed out book with an unreadable map, and the bag of runes. “This is what we found.”
Aunt Ruby didn’t say anything. She took the bag of runes, shifted it in her hands, placed it back on the table. She reached over to pick up the open book and gently ran her fingers across the no longer hidden page. The streets below were silent again, the wind had died down, and the three children watched Aunt Ruby intently. Her expression didn’t change, not a muscle in her face moved, but they knew she was excited. They felt it like an electric current flowing through the air.
Lucas thought it felt like magic and danger while Cole thought it felt like a strange melody drifting right out of earshot, and Parker thought it felt like something barely remembered from childhood. Then Aunt Ruby lifted her head up, stared off toward the city and slowly exhaled. It was a sound of relief. As if she had been holding her breath for an hour.
Time started moving again. People talked below, the plants slightly swayed on the balcony in a warm breeze. “Where was it?” Aunt Ruby asked. Her voice soft but sorrowful.
“The attic.” Lucas said. “When we went up to explore. It was on a bookshelf. It sort of, I don’t know, jumped out at me. We weren’t going to steal it, only borrow it. For a great treasure hunt, right? We didn’t think it would cause all of these problems.”
“Aunt Ruby, do you know what it is?” Parker asked.
“It’s about the vampires, right?”
“Calm down, my little ones,” Aunt Ruby said. Her face didn’t change its expression, but Cole noticed a difference in her eyes. They were sparkling like they never had before.
“We’re not in trouble?” Lucas whispered.
Aunt Ruby looked up and then back at the book on the table. “No. You are not in trouble. Not with me. These things you’ve stumbled upon are very important.” She stood up, her back to the street with the children seated in a semi-circle in front of her. “You didn’t tell anyone about this did you?”

Book Excerpt #3
“What are we doing here?” Lucas asked.
The wolf nodded.
“I guess we’re trying to find a way in, but the gate is locked.”
The wolf pointed toward two panels that looked like shuttered doors without handles. Lucas moved to one of them and pushed, then pulled. “Locked.”
The violin monster opened his case and pulled out his bow and moved beside Lucas where he bent down on one knee. He slid his bow slowly into a crack between the door and the sidewalk until there was a soft click. The door almost floated open, the darkness inside stopping at the entrance like a thick wall of shadow.
Parker took a step toward the opening and squinted. “I can’t see a thing. We’re supposed to go in there?”
Lucas took a solemn step toward the violin monster and bowed in gratitude. “Thank you. Sometimes we forget that a monster in appearance is not always a monster at heart.”
The gray wolf man placed a furry hand on Lucas’s shoulder, gave a quick nod, and spun on his heels. He moved down the street toward Jackson Square than suddenly stopped, spread his arms out wide, lifted his head and howled toward the sky.
“What the hell was that about?” Parker muttered.
“I don’t know.” Lucas watched the wolf man walk away. “Perhaps he was one of the Ma’at? Aunt Ruby can’t be the only one. And they’re here to help when needed … I wonder if Eddie is one?”
“I don’t know.” Cole shrugged. “Still, we wouldn’t have figured this out without him. And what made you say that thing about monsters?”
Lucas shrugged. “I dunno. Seemed like the right thing to say.”
“You are a strange little boy,” Cole said, not for the first time.
The three of them stood in front of the open door.
“Are we going in there?” Cole asked.
“I think we have to,” Parker replied.
“This is a little creepy,” Cole whispered.
“Then you go first, yeah?” Parker teased, pretending to push her into the doorway.
“Is that a dare? I’ll do it. But not alone. Someone should stay here though, keep watch.”
Parker nodded. “That’s a good idea. I’ll stay. You go with Lucas. You’ll be fine, right?” He looked at his brother.
Lucas looked at his brother as if he was crazy. “I’m about to go through a secret passage that was opened by a werewolf in order to find out where vampires go to die and you want to know if I’m okay? This is the best day ever!”

Posted by sldearing at 9:18 AM