Book Tour: The Power of Mortals by Morgan Straughan Comnick 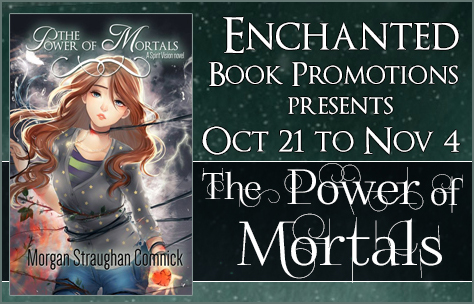 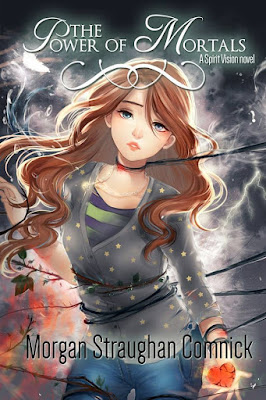 "You are the beacon of the Lord’s two worlds, but how can you protect them when you have lost your shining light?

When Stary Moon, the Spirit Warrior, awakes on the lunchroom floor of her school, battered and bloodied, she cannot recollect how she came to such a state.

Stary ignores the concerns of her best friends, Chloe, Rin, and Lauren, and continues to go on with her life, but no matter how normal her days and Spirit Warrior duties are, she feels a lingering sorrow like someone is missing from her life. Her friends discover some shocking truths about Stary and realize they’re the only ones who remembers Umbra—Stary’s boyfriend who has mysteriously gone missing. Stary’s universe crashes around her and the fate of the world rests on her shoulders.

Her objective is clear, but when she leaves on this mission, there is no turning back, and she will lose one of her worlds—the mortal world of her family and friends, or the spiritual world of her duty and missing someone, for good. Still, Stary has a point to prove to this dark presence that is threatening to consume the planet: there is power from those one least expects, and Stary is prepared to risk everything on this claim."

Author Bio
Educator of young minds by day, super nerdy savior of justice and cute things by night, Morgan Straughan Comnick has a love for turning the normal into something special without losing its essence. Morgan draws from real life experiences and her ongoing imagination to spark her writing. In her spare time, she enjoys doing goofy voices, traveling to new worlds by turning pages, humming child-like songs, and forcing people to smile with her "bubbliness." It is Morgan's mission in life to spread the amazement of otaku/Japanese culture to the world and to stop bullying; she knows everyone shines brightly.