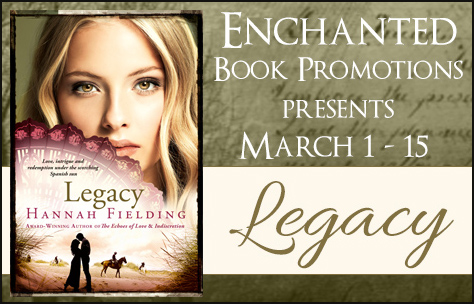 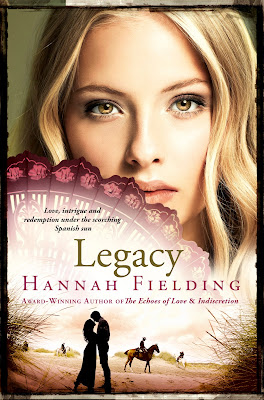 Summer, 2011 – A troubled young journalist goes undercover in Spain, and finds her loyalties tested when love and desire unearth secrets she hadn’t bargained for.

When Luna Ward, a beautiful ice-blonde graduate, is commissioned by a leading New York science journal to investigate the head of a Spanish alternative health clinic, she jumps at the chance. But her life becomes far more complicated once she meets the man she has been tasked to expose. Luna finds Rodrigo de Rueda Calderon to be a brilliant, outspoken oncology specialist with irresistible, dark gypsy looks and a devilish sense of humour. The pair are irrevocably drawn to each other, but how can she give herself up to a passion that threatens to topple all reason? And how could he ever learn to trust the person who has kept her identity from him, even though he has a terrible secret of his own?

The lovers unearth dark and brooding dramas in their family histories, binding them together in a web of intrigue that threatens to bring their lives toppling down. 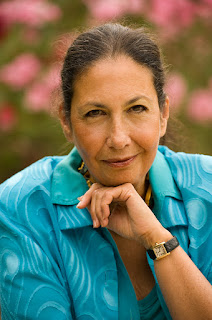 Hannah Fielding was born and grew up in Alexandria, Egypt. Her family home was a large rambling house overlooking the Mediterranean where she lived with her parents and her grandmother, Esther Fanous, who had been a revolutionary feminist and writer in Egypt during the early 1900s.

Fluent in French, English and Arabic, Hannah’s left school at 18 and travelled extensively all over the world. Hannah met her husband in England and they lived in Cairo for 10 years before returning to England in 1989.  They settled in Kent, bringing up two children in a Georgian rectory, surrounded by dogs, horses and the English countryside. During this time, Hannah established a very successful business as an interior designer renovating rundown cottages.

With her children now grown up, Hannah now has the time to indulge in her one true passion, which is writing. Hannah has so far published four novels all featuring exotic locations and vivid descriptions: Burning Embers set in 1970s Africa, The Echoes of Love set in 1980s Venice, Indiscretion set in the 1950s and Masquerade set in the 1970s, both set in Spain. Her romance novels are adored by readers all over the world.