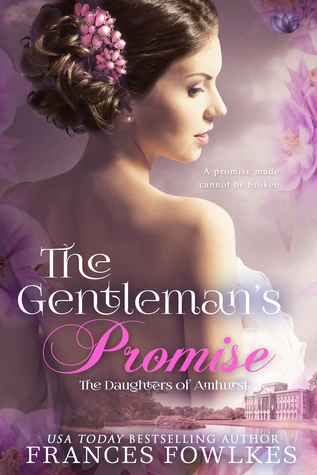 
A social pariah due to her scandalous activities, Lady Sarah Beauchamp yearns for redemption to obtain a husband. The assistance of Society darling Mr. Jonathon Annesley gives her hope of success. However, the more effort he puts into helping her, the more she realizes the only esteem she wishes to earn is that of the handsome Jonathon. However, her reputation would potentially ruin his political aspirations.
Offering a gentleman’s promise to help his sister’s friend regain the favor of the ton should be easy for son of a viscount, Jonathon Annesley. After all, he’s well liked and considered a rising star in Parliament. Until he learns Sarah’s ultimate goal is a husband. No man is good enough and could ever appreciate her for all she is. But she is not for him—his focus rests solely on gaining reforms for society’s weakest members. Yet, a promise made cannot be broken…

"Would you consider kissing me? Here and now?"
The questions were bold, crass, and ungentlemanly at best. Decorum stated Sarah was in no way expected to answer. Quite honestly, he'd be surprised if she did. His devilry had likely caused her embarrassment, if not an awkward discomfort. But damn it all if his curiosity didn't get the better of him.
The left corner of her mouth twitched as she held his gaze. "That was two questions. I believe the rules state I need answer only one."
Dear God. Was she flirting with him?
Blood pounded loud and fast in his ears. He took another step toward her, his back to her maid. "I leave you to decide which question you would like to answer."
Sarah's gaze flitted to the side, the wind catching at the ribbon knotted attractively at her throat. "Well…I…" She glanced upward as a fat droplet of rain landed on her nose.
Of all the moments for the sky to open, it had to be the one where he stood breathless, awaiting her response.
His day was governed by the devil.
"Yes and no," Sarah stated.
"I beg your pardon?"
Another drop splattered onto the scarlet wool of her pelisse. "I've given you two responses because I'm feeling generous. It is up to you to decide which response correlates with which question."
With a quick curtsy and a wave of her hand, she motioned toward her maid and started toward the inn, leaving him standing alone with a smile as wide as his face.
He had not imagined her interest. She wanted to kiss him.
If Jonathon was anything, he was a man who kept his promises—and made certain others did as well.
A kiss from Lady Sarah was in his future. And he was determined to receive it. 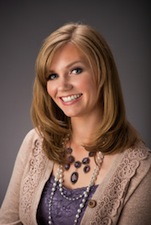 After viewing her all-time favorite love story, "Anne of Green Gables", at the impressionable age of ten, Frances Fowlkes has been obsessed with affable boy-next door heroes, red-heads, and romance stories with lots of "highfaluting mumbo jumbo" written within their pages. It only seems natural then that she married the boy who used to pull on her curls in her high school English class, had not one, but THREE red-headed boys, and penned multiple love stories with bits of flowery prose.
When not writing, Frances loves spending time with her family, fangirling, and planning her next vacation.
Frances Fowlkes, originally a northern mid-westerner, now lives in the southeast with her ardent hero of a husband, three playful and rambunctious boys, and one spoiled standard poodle.
A self-professed Anglophile and summa cum laude graduate of LeTourneau University, Frances Fowlkes combines her passion for happily-ever-afters with her interests in both American and English histories.