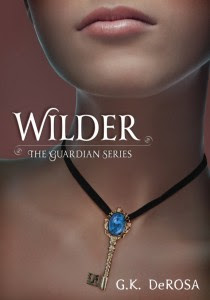 (Young Adult, Paranormal, Romance)
All that Celeste Wilder ever wanted was to meet someone who would sweep her off her feet like she had seen in countless romantic movies. When she meets the gorgeous and mysterious Constantin brothers her senior year of high school, she gets much more than what she had bargained for.

As they introduce her to an exciting supernatural world that she never knew existed, she makes a startling discovery about her own family legacy and is forced to make a decision that will change her life forever.

Because the end of your senior is not enough to get through let’s add super powers, secrets about her father’s death reviled oh…and the new hot guys is a vampire. Wilder by G.K. De Rosa is not your typical teenage vampire story. Well…maybe there are some similarities but I enjoyed following Celeste Wilder as she learned more about her true nature and family secrets.

There is also her best friend/boy literally next door since they were kids who thinks he is in love with her but the hot, just moved into town guy is who fans the flame of her heart. And they both want her and she wants hot vampire. Ok, yeah, we have seen some of this, but this headstrong, female lead is also kicking butt and taking names on the people who are trying to kill her and hurt her family and friends. She is not sitting on the sidelines while the guys fight to protect her. Yay! The new powers? Premonitions, her dead father comes and talks to her in her dreams, speed, cool weapons and badass fighting skills. I was pulled in quickly and felt a part of the story from page one.

Though there was some sexual tension this story fades to black and she graduated high school. The momma in me liked that. A story that I would share with my teen and her friends. In the midst of discovering all these new additions to her life, secrets reveled, Celeste is discovering too the type of person she wants to be. A very coming of age story amid the cool paranormal story. Well worth the read at any age or momma/daughter book club. 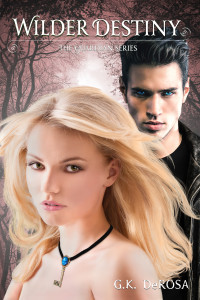 Wilder DestinyCeleste Wilder’s mundane world has been completely turned upside down, and it all started when the intriguing Constantin brothers strolled into her small town last summer.
After discovering the truth about her destiny and making a life-changing decision, she is now forced to deal with the consequences of her new supernatural reality. 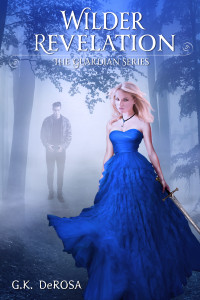 Wilder Revelation
Fulfilling her destiny and becoming the Guardian has meant a world of sacrifices for Celeste Wilder, but her most difficult challenge is yet to come.
The supernatural forces at play are far more powerful than she ever expected, and she will have to trust her instincts if she hopes to survive. 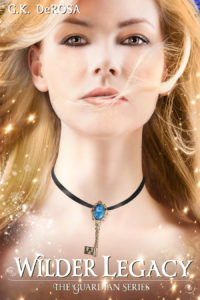 Wilder LegacyThe life of a Guardian is a dangerous one, and with everything Celeste has lost in the past year, will she find the strength to continue on?
Battling the growing evil inside her proved to be Celeste Wilder’s most formidable challenge—and the fight isn’t over yet.
As her Guardian skills continue to strengthen and tangle with the power of the Albsurori ring, new and old enemies emerge to conspire against her and the Constantin brothers alike. 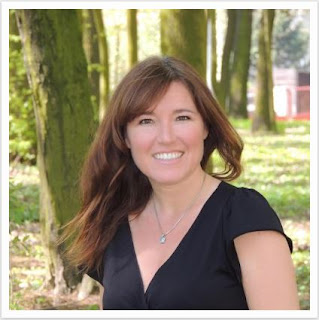 G.K. De Rosa has been an avid reader from a very young age. In fact, before she could even read, she tried fooling everyone into thinking that she could. At the precocious age of two, while living in Italy, she had memorized an entire children’s book in Italian and expertly turned the pages at the exact right moments of the story. As she grew up, she always enjoyed literature, no doubt having been instilled with a love of storytelling from her early years in Catholic school where she was greatly influenced by exemplary teachers who taught her the value of English and Literature. Though she did not pursue writing in college and instead went for the more traditional route of International Business inspired by her love for travel and all things foreign, after a move to New York City, she found her creative writing side calling once again.

She began writing a restaurant review blog, City Lights and Tasty Bites, detailing her other passion – food! The hectic hustle and bustle of the city, combined with long commuting times gave her the opportunity to spend more time reading and rekindled a lost love. After reading countless books in many diverse genres over the two years in New York City, and returning to her home state of Florida, she felt compelled to write something for herself. She had always felt particularly drawn to Young Adult novels and having been an eternal romantic at heart, a fantasy romance was a natural choice.

She currently lives in South Florida with her real life Prince Charming and their fur baby, Nico the German shepherd