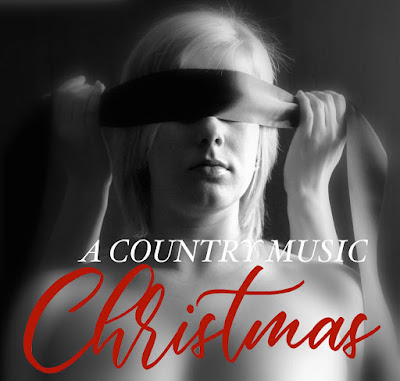 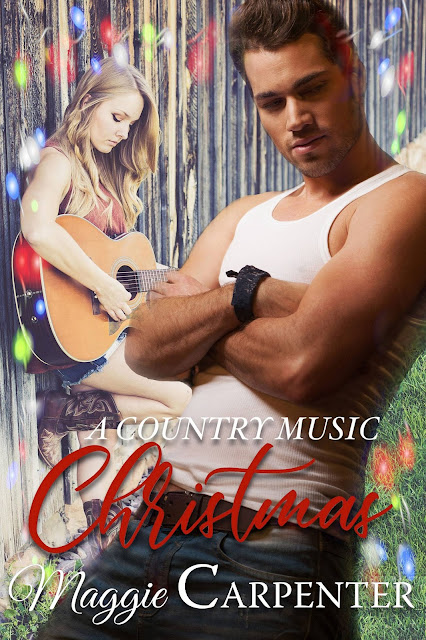 LIES AND LOVE.  AN AMBITIOUS SINGER. A COWBOY MUSIC ICON.

Cowboy and legendary record producer Liam Taylor is furious. Though a Nashville celebrity, he lives by his cowboy roots and old-fashioned values. He’s just learned the young woman he hired as an assistant several weeks before is an aspiring singer who manipulated her way into his home. He believed they were becoming close, which makes her deception even more egregious.

Blonde-haired, blue-eyed Summer Brown has never felt her heart pump so fast nor her face burn so hot. Liam has uncovered her lie. She may have arrived on his doorstep wanting to be the next Taylor Swift, and she still does, but she's crazy about him.

Believing she's made a fool of him he deftly bends her over his knee, lands a flurry of hard swats and sends her packing, but a short time later a fierce snowstorm sweeps down the mountain. They suddenly find themselves catapulted together in perilous conditions fighting for survival.

He must bury his anger to battle through the treacherous blizzard, but if they make it out alive will her impassioned declaration of love be enough to win his forgiveness and find a way into his arms...?

(This book was previously released under the title, A Song For Liam).

A cowboy record producer will teach her about more than music.

An ambitious singer and take-charge cowboy turned producer caught in a turmoil of lies and regret, must join forces to survive a perilous blizzard. 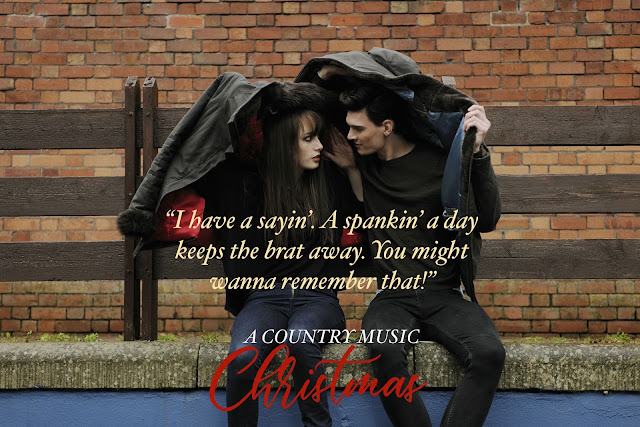 She froze.
Please, dear God. No!
Sharply pulling her phone from her ear she held her breath. What the hell could she say?
“Summer? Summer are you there?”
Her thumb automatically slipped over the OFF icon ending the call, and dropping the phone on the table, with her heart sinking, she turned around. Liam was moving slowly towards her. A dark frown was crossing his face, his milk chocolate brown eyes were narrowing, and his full lips were grimly pressed together. How could she explain herself? She was screwed. Absolutely, one-thousand percent screwed.
“I-uh—“
“Don’t even try,” he growled, “I’ve heard enough. When you came knockin’ on my door lookin’ for a job you were here for one reason and one reason only, a record deal. I asked you about that point blank, and you lied to me. You lied to my face.”
Summer had never felt her heart pump so fast, nor her face burn so hot.
“And what about all those cozy talks we’ve been havin’,” he demanded, drawing ever closer, “and the flirtin’ in your painted-on jeans? Damn, all this time you’ve been playin’ me. Totally playin’ me.”
She could hear the hurt in his voice. It was killing her. She may have arrived on his doorstep wanting to be the next Taylor Swift, and she still did, but in the three months she’d been there she had fallen for him, hook, line and sinker, as her dad would say. She was positively drowning in her feelings for him, but he’d never believe her now, not in a million years.
He’d stopped directly in front of her. His cologne was tickling her nostrils. She loved that smell. A few weeks earlier she’d sneaked home one of his T-shirts, and each night, holding it tightly, she’d crawl into bed, close her eyes, and inhaling the spicy, musky fragrance, she would dance her fingers against her sex.
Suddenly it happened. The glorious unthinkable, and it abruptly chased away all thought.
Without warning his fingers were tangled in her hair, he was tugging back her head, and his lips were devouring her mouth. She couldn’t breathe, her stomach was alive with a thousand butterflies, and her heart was somersaulting against her chest, but he brusquely broke away, and with a life of its own her hand flew from her side and slapped him.

Don’t you think you deserve a spankin’ for connivin’ the whole time you’ve been here. That’s not cool, sugar. Besides that, if we’re gonna move forward you’ve gotta get rid of all the guilt you’re feelin’, and don’t deny it, it’s written all over your bright red cheeks.”
“I can’t stand this,” she mumbled raising her hands and covering her face. “I can’t. It’s so difficult.”
“Hey, it’s good you’re embarrassed, you should be. It shows you’ve got a conscience.”
“I guess, but you’ve already spanked me. What was that about if it wasn’t for lying to you?”
“That was for the slap!”
“Shit.”
“This is how I roll, Summer. You’ve gotta know I don’t take kindly to someone tryin’ to pull the wool over my eyes. I’m not gonna let it go unpunished.”
“This is crazy!” she declared, finally dropping her hands and staring at him.
“Nope. You wanna know what’s crazy? It’s obvious no-one has ever called you on your crap.”
“I don’t know what you mean?”
“Tell me if this sounds familiar. You do somethin’ you shouldn’t, and when your fella gets mad you roll your big blue eyes at him, press up against him and beg his forgiveness. You have great make-up sex and things go back to normal, but for some reason you find it all just a bit frustratin’. How am I doin’? Is that about how things usually go with you?”
Summer was speechless. Everything about Liam Taylor was confounding.
What he’d just said was true, but how could he possibly know that? And how could he be so warm and yet so—what? Strict? Was that the word? Strong? No, it was more than strong. His kiss had made her knees weak and her stomach flip, and when she’d slapped him he hadn’t gotten mad, or walked away, or any of the other reactions she’d expected. What he’d done was absolutely unbelievable. He’d spanked her, and he’d done it quickly and calmly, and now he was threatening to do it again. No. He wasn’t threatening, he was telling her. He’d made it crystal clear if she wanted to spend time with him, personal, special time, he’d wallop her butt as the starting point.

Too many times he’d felt the insincerity of a woman pretending to be turned on when she wasn’t. He knew his wealth and celebrity were a magnet, but Summer had lied her way into his house not because of him per se, but because she wanted to be a singer. It was an interesting twist that she was now sitting before him naked and blindfolded, and proving to be wonderfully submissive.
“I’m going to lay you on the floor,” he murmured, traveling his lips across her neck and fondling her breasts with both hands, “and you’re gonna spread your legs and play with yourself, but you’re not allowed to come.”
“Can’t we sit here for just a minute longer?” she whimpered, lost in his massaging palms and his wonderfully warm moist lips on her skin.
“You can, but I’m steppin’ away for a moment.”
“No,” she said, grabbing one of his wrists. “I refuse to let you go.”
“Is that right?”
“Yes, that’s right!”
“You’re’ bein’ naughty, you know that too, right?”
“Maybe, but—OUCH.”
His finger’s had suddenly, sharply, pinched a nipple.
“That should keep you company for the few seconds I’ll be gone.”
“Ow, ow. Was that really necessary?”
“Yep, and you are really pushing your luck,” he scolded, though wearing a grin she couldn’t see. “Just stay there, and no more back-talk.”
She loved the darkness of her blindfold, and as she felt him rise off the couch and move away she rubbed the soreness from her breast. Why had he left again? What other salacious surprises did he have in store? She strained to listen. He was close by, and though she could hear him she couldn’t figure out what he was doing.
“On to your hands and knees and crawl forward,” he ordered. “You’ll feel a rug.”
It was surreal, moving across the floor blindfolded and naked, but she loved it, and when she felt the fur under her hands she couldn’t wait to lay in its warm softness.
“You sure look good on all fours,” he murmured his lips suddenly at her ear, “especially with that gorgeous backside still so lovely and pink. You know I’m gonna be spankin’ you more often than not.”
“You are, Sir? Why?”
“I have a sayin’; a spankin’ a day keeps the brat away. You might wanna remember that. Time to lie on your back.”
Her butterflies wildly fluttering, she dropped down and rolled over, and sending her hand against her sex she sought out her clit and began her salacious massage.
“That’s a mighty nice picture,” he crooned. “Leg’s wider, that’s better. Imagine you’re in your bed with my T-shirt.”
Her surprised gasp made him chuckle, but when he glanced down at her hand nestled against her sex he shook his head; she’d stopped rubbing.
“OOWW, SIR!” she wailed as a sharp slap suddenly landed on the inside of her each of her thighs.
“I didn’t give you permission to hit the pause button,” he scolded. “Disobedience has consequences.”
“Sorry, I was just so shocked that you knew about me taking your T-shirt.”
“I was real pleased that you did. It told me how you were feelin’ about me, but right now you’d better start playin’ with yourself again. Like I said, do it just the way you do when you’re alone and thinkin’ about me. Is the shirt usually layin’ next to you.” 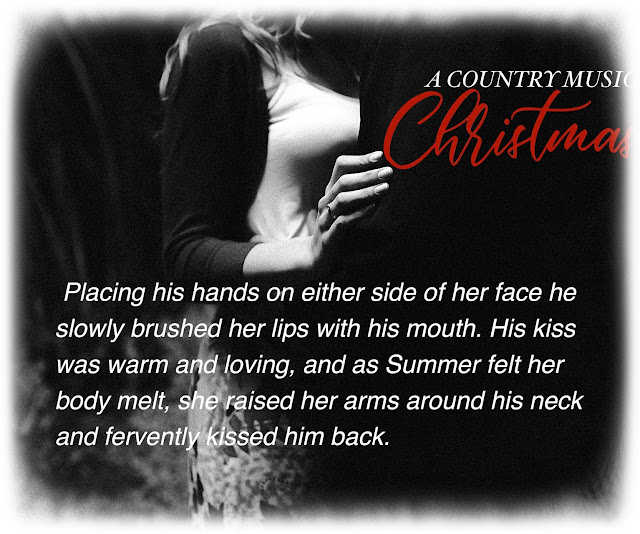 A BIT ABOUT MAGGIE

Award-winning and best-selling author Maggie Carpenter has published over fifty romance novels, and is the recipient of a number Romance Reviews awards spanning a variety of genres. Her readers describe her work as, romantic, funny, suspenseful, beyond a five-star read, and exciting romance with a ton of surprises.
Her work includes a best-selling twelve-book contemporary cowboy series, Cowboys After Dark, (http://amzn.to/2ihCNtp), a warrior fantasy trilogy, Warriors After Dark, (http://amzn.to/2iE0cDa) contemporary love stories, and several Victorian romances. His Willful Bride was a #1 best-seller for many weeks and a BookBub Feature Deal. Her most recent series, Alpha Male Masters, (http://amzn.to/2vyj5go) offers undercover agents, bodyguards, cowboys, barbarians, Harley riders and billionaires. Her smart, witty, strong-willed heroines bring unexpected challenge, mystery and humor into the lives of passionate, take-charge men.
Maggie has a history in show-business both in front of and behind the camera, but moved from Los Angeles to live in the Pacific Northwest to pursue her writing. She is an equine enthusiast who rides every day, and writes until the wee hours of the morning when her eyes close only because they must.
This author loves to hear from readers. You can contact her through her website: www.MaggieCarpenter.com. Find her on Amazon at www.Amazon.com/author/maggiecarpenter. To sample her work for free and subscriber to her newsletter go to www.3FreeBooks.com.