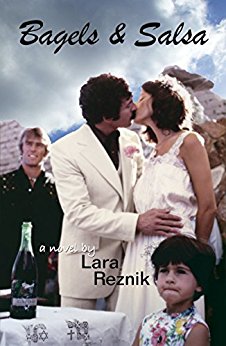 Author Lara Reznik blends suspense, romance, and humor in her latest novel, BAGELS & SALSA (http://www.larareznik.com/bagels-and-salsa). Loosely based on Reznik’s life, the story of Laila and Eduardo highlights the turmoil that surfaces when a Jewish sociologist from New York and a Hispanic doctor from rural New Mexico fall hard and fast for each other. Their blossoming relationship develops against the backdrop of terror the Son of Sam created in New York City during the summer of 1977.

Early reviews of BAGELS & SALSA praise the story’s dynamic plot and colorful characters:
“The author tells a simple love story, but she structures the novel to provide a panoramic view of her characters” (Kirkus Reviews).

“Another lovely read from Lara Reznik! . . . As with all her novels there are also plenty of fun subplot twists and turns. I wanted more.”  (Barbara Gaines, Former Executive Producer of The Late Show with David Letterman).

BAGELS & SALSA opens at a high school assembly hall in a rough part of the Bronx where Laila Levin is giving her first postdoctorate presentation on the US teen pregnancy epidemic. Her fear of public speaking and a chance encounter with the Son of Sam unravel her as several loud bangs crack through the air. Laila falls on the stage and injures her right shoulder. Fortunately, Dr. Eduardo Quintana jumps into action.

What begins as a playful flirtation while Laila recovers in the hospital propels into a more serious relationship with the handsome doctor. Their mutual passion is so intense that it stuns them both. The unlikely pair share strong family values and an interest in teen pregnancy prevention. After a brief courtship, Eduardo persuades Laila to accompany him to his family’s ranch near Española, New Mexico, where he plans to open a family practice. The rural town has one of the highest pregnancy rates in North America: the perfect place for Laila’s research.

Once in New Mexico, Laila is blatantly rejected by Sylvia, Eduardo’s controlling mother. Sylvia wants Eduardo to marry Violet, his high school sweetheart, who has recently returned to New Mexico after a failed flight attendant career and a walk on the dark side of Hollywood. Violet’s mother and Sylvia cook up a plan to send Laila packing and reunite their children. The Quintanas hold a large pig roast and invite a menagerie of tattooed cousins, rodeo stars, and mariachis. And the drop-dead gorgeous Violet makes a grand entrance.

In the midst of the pandemonium that results, a shocking family secret is revealed, and Laila and Eduardo’s love for each other is severely tested. Can their relationship survive the fierce clash of cultures, the murderous intentions of a Son of Sam copycat who has stalked Laila from New York City, and their own uncertainties about the upheavals that their union will cause in their lives?

Reznik’s first goal in writing BAGELS & SALSA is to entertain readers. However, she says, “On a more thematic level, I’d like readers to think about the importance of embracing religious, ethnic, and cultural differences, which have been at the core of so much conflict in the world.”

On the morning of July 29, 1977, as New York’s blistering heat wave persisted, every woman in Manhattan was in a state of panic. The Daily News published a handwritten letter from a man claiming to be the serial murderer of forty-four victims. That specific day had been singled out in the letter as the date he planned to strike again. Some of my friends refused to leave their apartments. Others escaped to Fire Island or the Catskills, or retreated to their parents’ homes in the suburbs.
I tried not to let the panic pervading New York City that stifling summer morning dictate my life despite the fact that July 29th was also the two-year anniversary of my disastrous nuptials to Julian Goldblatt or Jules Gold, the nom de plume he used on his hip late night radio show. Any reminder of my wedding day still made me cringe with rage and humiliation.
Admittedly, my anxiety was at an all time high as I parked my canary-yellow Chevrolet Bel Air, and fed coins into the meter at the curb. Fearful of the new threats from the Son of Sam, I opened my purse and eyeballed the .38 caliber pistol my father had slipped under the table last night at Ratners on Delancey Street, a kosher dairy restaurant, and the perfect choice for a vegetarian like me. 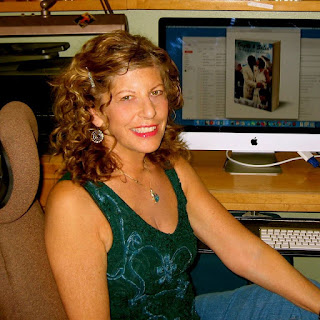 Writing books since she was six years old, Reznik retired from an executive position in information technology after the success of her first novel, The Girl From Long Guyland, published in 2012. In 2015, Reznik published her second book, The M&M Boys.

Reznik currently lives in Austin, Texas, with her husband and two miniature Aussies.