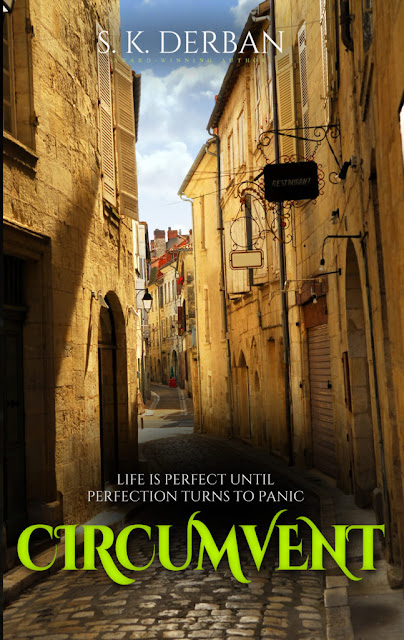 Imagine living in a quaint, beach front cottage on the Hawaiian island of Maui. You have an amazing job, combined with the pleasure of working from home. Lunch breaks become a daily picnic on the sand. Dessert is always included because of your marriage to a famous pastry chef. Life could not be any better. Or so it seems… When French born, Nikki Sabine Moueix travels to Hawaii for a special work assignment, her job of writing an article about a famous Swiss pastry chef generates more than a magazine piece. They fall in love, get married, and Nikki becomes Mrs. Ruggiero Delémont.

When another assignment calls for Nikki to spend three weeks in France, Ruggiero’s schedule prevents him from joining her. She travels alone, advancing straight into danger. After a threatening confrontation, Nikki wakes up in a French hospital with no knowledge of her past. When she fails to check in, Ruggiero panics and pushes for an immediate investigation. But as he closes in, Nikki’s new found friend moves her to another city. It becomes a game of hide and seek with Nikki as the prize.

CIRCUMVENT allows readers to form a bond with Nikki as they yearn for her to remember. They will cheer for Ruggiero and his relentless determination to locate his beloved wife. This is a story about two people who never lose their faith in God, and find amazing friends to help them along the way.

Outside of the Metro Cordeliers subway station, Nikki descended the cement ramp with plans of hailing a taxi. She towed a duet of stacked, attached suitcases with her right hand, and carried a leather tote on her opposite shoulder. Nikki used her free hand to brush the curls away from her eyes and caught the attention of one particular driver.

The driver leaned against his idling vehicle with one foot casually crossed over his standing leg. Nikki watched him watch her as he adjusted his gray flannel driving beret. When she reached the sidewalk, he spoke.

“Bonsoir, mademoiselle,” he said in French. “I am Philippe Golmard, absolutely the best taxi driver in all of Lyon.” He side stepped to open the rear car door.

“This is your lucky night, beautiful mademoiselle. I am available and at your complete service.”

Nikki’s delicate shoulders quivered as she chuckled softly. Frenchmen, she thought. They will never change. “Merci beaucoup,” she spoke the language flawlessly. “Your offer is hard to resist.” With slim fingers, she adjusted the strap of her black tote and continued her explanation, “But my hotel is so very close, and after sitting for such a long time, I need to stretch my legs.”

“But, mademoiselle, even by such high French standards your beauty leaves me breathless. It is not good for you to walk alone.”

“You are very kind, but I am not going far.”

“If you are staying at the Grand Boscolo, I can have you there in two minutes. Then, you can stretch your legs without carrying the weight of your bags.”

With a polite, but dismissive motion of her hand, Nikki smiled at his perseverance. Fortunately, she was extremely familiar with the many one-way streets and pedestrian-only areas. With or without luggage, walking would be the fastest way to go. She renounced his offer with a turn of her head. “Merci, but perhaps another time,” she murmured while continuing by.

As Nikki rounded the corner of the first street, a gentle breeze blew several strands of her long, free-flowing hair. The curly wisps tickled her nose until a row of trees diverted the current’s path. She followed the natural windbreak as the street curved away from the direction of her hotel. Nikki had a passion for shopping but was purposefully avoiding the busy pedestrian area. Instead, she opted to walk around, knowing an attempt to navigate through the crowds while carting her luggage would only cause a delay. Besides, she thought. I will need two free hands to do any real shopping damage.  Nikki’s facial expression loudly announced her mischievous expectation of spending her first full day hitting the French stores. Work would come soon enough.

Finally, she made the necessary left turn and began negotiating the downward slope of a quiet side street. Nikki never expected her route to be completely void of people, and yet, surprisingly her neck hairs bristled when she heard footsteps from behind. While keeping her pace constant, she quickly glanced over her right shoulder and spotted a man who looked vaguely familiar. I know him from somewhere, Nikki thought. Still not certain, and feeling a strange vulnerability, she increased her stride and continued pressing ahead. From the sound of his footsteps, Nikki could tell the man had also sped and was gaining on her. Fear galvanized her when she suddenly heard him break into a run.
Nikki gathered her inner strength, then stopped, and turned to confront the man. She focused on his features and finally remembered. “It’s you! You’re from Maui,” she accused. “You drove my airport shuttle. What are you doing here in France, and why are you following me?”

“I, uh.” The man’s clouded eyes darted nervously in their sockets. “We gave you the wrong bag,” he responded anxiously.

“What do you mean? I don’t understand.” Nikki looked down at her bags and instantly recognized her custom brass identification tags. With a creased forehead, her dark eyebrows dipped inwardly. “What is really going on here?” she demanded.

Nikki instinctively moved backward. “Get away from me!” she shouted. “Dear, God!” Nikki screamed for help as his thick palm closed around the lower carrying handle of her rolling, ground suitcase.

“Just give me the bag,” the man growled between clenched teeth.

Making the instant decision to give up the suitcase and relinquish a few clothes, Nikki immediately released her grip on the rolling handle. But, as she attempted to run away, Nikki’s arm jerked painfully backward.

The man continued to tug at the suitcase, forcing her feet to slide toward him along the cement walkway. “Let go!” he insisted.

With one powerful yank, the man tore the bag from Nikki’s outstretched arm causing her to lose balance. Blinding pain shot through her system as Nikki’s head smacked against the concrete sidewalk. She moaned softly while straining to see through the rapidly collecting haze. Nikki’s eyelids continued to flutter as the gray turned to black, and she slipped from consciousness. 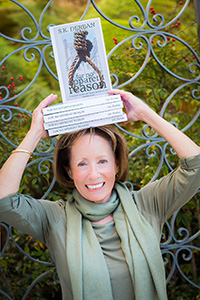 Her personal travel and missionary adventures also help to transport readers virtually across the globe. S.K. Derban has smuggled Bibles into China, and has been to Israel on seven missionary trips. When writing, she relies on all aspects of her life, from a strong faith in the Lord, to her unique combination of professional experience. The many personal adventures of S.K. Derban are readily apparent as they shine through into her characters. Circumvent is the third mystery novel for writer S.K. Derban.