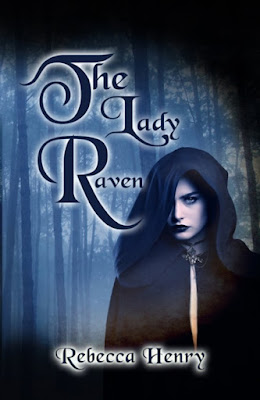 Tagline: For those who have an affinity for magic, witches, dark fairy tales, and the macabre...

In The Lady Raven, Rebecca Henry tells the tale of Zezolla, a little princess abandoned by her father into the hands of her evil stepmother and wicked stepsisters. A familiar fairy tale you may think but all is not as it appears. The reader is soon drawn into a web of witchcraft, lies and deceit, and gradually realizes that this is no typical fairy tale, but a dark and macabre take on one.

Zezolla is treated with the utmost cruelty, neglected and vilified, and left to live in the damp cellars of the castle. The only friends Zezolla has are her beloved raven and her pet wolf. Her only comfort lies in the loyalty of the creatures of the forest, and her mother's hazel tree.

Will Zezolla have the power to escape her torment and ultimately save herself from the unscrupulous clutches of the king? The Lady Raven is a compelling tale, and one that is not for the faint-hearted.

If you enjoy reading different Cinderella themed stories then you may like The Lady Raven by Rebecca Henry. If you don’t care for any Cinderella tale, move on, you won’t like this book. As for me, I do like and try to find different tellings of the story, especially anything that is more interesting than the Disney version. The Brothers' Grimm or the movie EverAfter, with Drew Barrymore, would make that list. When this story opens up, it starts with her back story about her parents and her uncle. It was something that was ever barely touched on in any other story. But that was the end of my new and different story. Soon she ended up with her father dead and becoming the servant girl to her five sisters whose names were pulled from the Disney story and EverAfter. Not sure if that was done as an homage to the other stories or if the author could not come up with something more creative. Even that cat’s name was Lucifer. Thank you Disney. There were a few changes. Raven hair instead of blonde. She was a witch and her magical mom was a tree.Yup, a tree. Like I said it had some points that were different but overall was predictable, but still enjoyable. 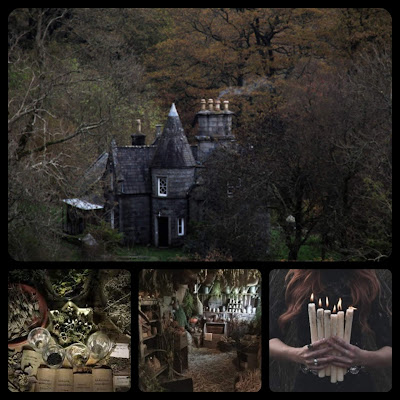 Zezolla entered the forest, twig in one hand, shattered glass in the other. She moved effortlessly through the night as if she herself had wings which carried her. She came to a clearing, a streak of moonlight shining on the frozen ground. “This is the spot, my love.” The raven flew into the sky circling Zezolla as she dug into the ground. “Remember the order, my princess. Plant the twig and then the glass.”
“I call upon the spirit of my mother. I command you to leave the grave in which my mother’s body rests. Awaken now and bring forth the tree of life!” Zezolla held her hands up to the moon invoking its powers. “I am the daughter of the witch Avelina. I invoke the powers of the night. Come to me, my mother’s spirit. I welcome you!” A silver mist traveled above. The raven flew down to his princess. “She is coming, princess.” Zezolla watched as a tiny branch came forth from the dirt. Slowly it grew, taller and taller. More branches came. Zezolla thought she saw the figure of a woman in the tree. Shards of glass formed together creating glass leaves, dangerous to anyone who touched it - anyone but Zezolla. The princess stood up amazed by the beautiful sight before her. “It is complete, my love. My mother is here and her spirit resides inside the tree.” A remarkable hazel tree stood before her, 15 feet tall with a small opening at the base big enough for Zezolla to fit through. She examined the leaves running her long fingers over the glass. “It cannot cut me my love.” She held out her arm for the raven to perch. “But it will be dangerous to anyone else who tries to touch it.”
The two men made it to the barrier, gasping in horror. “What entrance is this!?” cried out Jack. “This was never here. There has never been an entrance to the forest.” Jack backed away, terrified that Zezolla awakened a spirit inside the forest. “It’s just a narrow passage. It must have been caused by the cold ice.” concluded Edward logically.
Jack shook his head. “No, Hexe did this. She has opened the forest. Who knows what evil lurks inside? These grounds are now cursed.”
“If that is true then I will not venture in.” Edward turned to leave but Jack stopped him. “This might be valuable to me Edward. If Hexe possesses some magical entity inside the forest then I want it.”
Jack grabbed Edward by the collar and moved him through the opening. Edward clung to his knife, jumping at the sounds around them. “There is a light coming from beyond the trees. Could be lightening. Let’s go see what Hexe is up to.” Edward tried to turn back, but Jack had a strong hold on him. “Courage man! You’re no better than a scared boy.” snarled Jack.
Zezolla, unaware of the servants approaching, entered the hazel tree. Edward ducked down behind a bush as he saw Zezolla disappear.
“We must leave now! I told you this would be our death! She is a witch! Did you just see how she entered that glass tree?!”
Jack was too fascinated to leave. He had never witnessed true magic before. “I want to take a closer look.”
“What? Are you mad! If you go near that tree that will be the end of you!”
Jack did not listen to Edward and walked over to the magical tree which was shimmering in the moonlight. “I just want to see it. Stay where you are if you are afraid,” Jack snorted.
“To hell with curiosity. I don’t want to end up without my head like Princess Guinevere. Go on then, you fool! Go see your magical tree.”
The tree seemed to call to Jack, beckoning him forward. “It’s so beautiful. Look at the sparkling leaves.” He reached out to touch one. The branch moved slicing his finger off his hand. Jack screamed in pain, clenching his finger to his chest. He tried to run away, but the tree caught him in her branches.
Edward stayed hidden, watching in horror as Jack cried out for help. “Edward, help me!”
“Stupid fool. I told him not to get closer.” muttered Edward
The tree tightened its grip around Jack, cutting him as it squeezed. “Please! I am sorry! Please let me go!” The tree would not accept Jack’s pleas and brought down another branch lined with razor sharp leaves. “No! No! Please, I will do anything! I will protect the princess from her stepmother. I swear to protect her as long as I live! Please, spare me!” The branch came down, slicing Jack’s throat with a row of deadly leaves.
“She needs no protection. I am with her now.” said the tree. 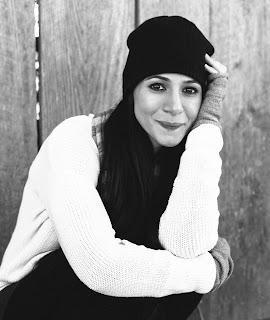 Rebecca Henry is the author of two novels, The Lady Raven and Louisiana Latte. In addition to writing, she is also an avid vegan, gardener, crafter and practices yoga. 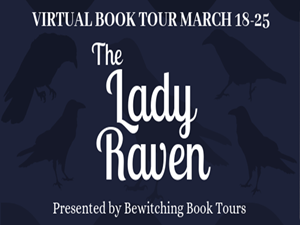