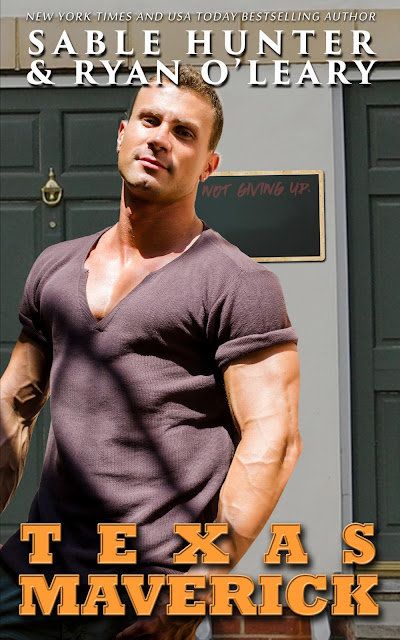 Maverick Cross is a Texas hero, not the flashy kind, he's a war veteran who served his country overseas and now serves it at home as an Austin firefighter. To look at him, and women love to look, he's a ripped athlete who takes care of himself and has it all together.
Only his next door neighbor knows the truth; Maverick suffers from PTSD.
Everly Winterfell is almost invisible, blending into the crowd is fine by her. She's a hero too, not the kind who wears a cape, but the kind who isn't afraid to dig for the truth and expose it for all to see. Everly's alter ego is Eve Winters, an award winning journalist who doesn't seek the limelight, she's content with writing stories that change people's lives without drawing any attention to herself.
Nothing much escapes Everly, she has a talent for seeing beneath the surface, reading people for who they really are. From her vantage point in Apartment #701, she has learned that the occupant in #702 is lonely. He has a habit of pushing people away before they can get too close, especially women. Maverick can offer a woman great sex, Everly can vouch for that fact. The walls are thin between #701 and #702 and many nights she has lain there wishing she was on the receiving end of his attention. He's intrigued by his odd little neighbor, who seems to want to be his wingman and he has no idea that her ulterior motive is to be his friend. After some negotiations, they strike a deal - she'll find him women who know the score, who won't expect more than he can give, and in return he'll see if he can advise her on how to attract a man for herself. To facilitate their odd arrangement, they install a chalkboard on the narrow wall separating their front doors, leaving messages about their shared adventures.
The more time they spend together, the less important finding dates for the other becomes. Everly and Maverick discover they share a chemistry that’s off the charts, they can’t keep their hands off one another. There’s only one problem – Maverick has no idea Everly is his secret obsession, Eve Winters. Sometimes what we need is right in front of our face. Sometimes what we’re looking for is right next door...

**CONTENT WARNING: This book contains adult language and sexual situations. It is intended for ages 18+ ONLY**

Sable Hunter is a New York Times, USA Today bestselling author of nearly 60 books in 9 series. She writes sexy contemporary stories full of emotion and suspense. Her focus is mainly cowboy and novels set in Louisiana with a hint of the supernatural. Sable writes what she likes to read and enjoys putting her fantasies on paper. Her books are emotional tales where the heroine is faced with challenges. Her aim is to write a story that will make you laugh, cry and swoon. If she can wring those emotions from a reader, she has done her job. Sable resides in Austin, Texas with her two dogs. Passionate about all animals, she has been known to charm creatures from a one ton bull to a family of raccoons. For fun, Sable haunts cemeteries and battlefields armed with night-vision cameras and digital recorders hunting proof that love survives beyond the grave. Welcome to her world of magic, alpha heroes, sexy cowboys and hot, steamy to-die-for sex. Step into the shoes of her heroines and escape to places where right prevails, love conquers all and holding out for a hero is not an impossible dream