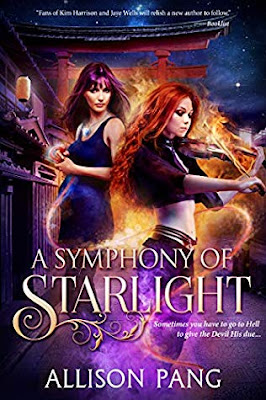 Tagline: Sometimes you have to go to Hell to give the Devil His due…

The road to Hell is paved with good intentions . . . and sometimes unicorn puke.

In the span of a few months, mortal TouchStone Abby Sinclair has been trapped in a painting, had her memories stolen, and been Tithed to Hell, killed, and brought back to life by the OtherFolk. Now she’s pregnant and torn between her incubus lover, Brystion, and her elven king of a husband, Talivar. Otherworldly love triangles notwithstanding, she’s more than content to set the political drama of magic and mayhem aside and quietly settle into motherhood. But nothing is ever that easy . . .

Years ago, Abby’s best friend, Melanie St. James, virtuoso violinist and DoorMaker to the CrossRoads, lost her soul to the Devil in return for an enchanted violin. Now the magic of her violin is fading, and the Devil is calling in her debt to serve Him as His TouchStone. In an effort to escape the terms of this reckless bargain, she flees to the CrossRoads with her lover, Nobu.

But reneging on a deal with the Devil isn’t the wisest of moves, especially when He knows Abby is the only one who can bring Him what He wants. And when tragedy strikes, it’s up to Abby and her friends to find a way to stop the violin from consuming Melanie’s soul before it’s too late, even if the journey takes them straight into Hell itself.

“Well, I’m running out of ideas. What about the thread?” I asked Kitsune. “You gave me a spool of red thread once to help me find Talivar or my destiny or something like that.”
Ion and Talivar blinked at me. “Destiny, is it?” Talivar said wryly.
“It led me to the tent with your horses,” I explained. “I’m not sure it worked the way it was supposed to, but you did show up afterward, so who knows?”
Kitsune brightened. “Ah yes. The red thread of Fate. A useful spell at times, though I don’t know if it will work for us here. Depends on how entwined you and Melanie are. It might not even lead you through the Gate at all.”
She paced, her fur seeming to shimmer slightly, and then one of her tails somehow plucked a spool from the air and deposited it at my feet. I picked it up, Brystion craning to see it curiously.
“And what is that all about?” His eyes narrowed. “I don’t like the way it feels.”
Kitsune cackled. “Mortals are bound by Fate more so than OtherFolk. It’s often wrapped so tightly around them they don’t even notice it. You were never one for such things, aye?”
He grunted at her and rolled his eyes. For a heartbeat, I could see his natural form, the dark skin, the antlers, the hooves . . . the bells braided in his hair with red thread. My mouth quirked, but I said nothing. Perhaps the incubus was bound more by Fate than he liked.
I rolled the spool in my hands, taking one end of the thread. It shivered between my fingers, almost like touching a live wire, jolts of power zipping beneath my skin.
“Focus,” Kitsune snapped. “What is it you really want? Where do you want to go?”
I shut my eyes. Melanie, I thought. I need to find her. I need to fix this. I need to save her.
The thoughts repeated over and over in my head, and as before, the spool jumped from my hand and rolled across the ground toward the Gate. Talivar skirted out of the way as it hurtled toward him, swearing softly.
The Gate lit up in an instant, the spool shunting through and disappearing in a splash of silver and gold, the red thread trailing like a tail behind it.
The fox limped over to the Gate, sniffing at the corner. The corruption on her side grew more pronounced, but her three tails lashed wildly, coating her fur with a silver light. “Abby! Let’s go! Before it closes!”
She shifted slightly, her paws becoming humanoid, and she snatched at the hand holding the thread and pulled me hard, the pair of us tumbling through the Gate. “Wait!” We swept through the entrance, but my voice was enveloped in some sort of film, a quiet I couldn’t seem to break through.
I reached for the others, but it was as though I was looking through water, a barrier stretched between us that I couldn’t quite reach.
The thread. I clenched my fist. I was still holding the goddamned thread. What happens when the thread keeping the Gate open goes through, Abby? What?
“It fucking closes,” I said. “That’s what.”
I struggled against Kitsune’s clawed grip. “We have to go back . . . The others . . .”
“There is no time.” Her voice was hollow and empty as she staggered beside me. Her tails dragged limply across the ground, the dark magic beginning to move along her fur again. “Must make it . . . Inari.”
And then she was tumbling forward, the track we were on abruptly disintegrating beneath our feet. I snatched at her, and the two of us fell, fell, fell, the red thread wrapping around us. 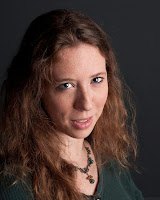 Allison is the author of the Urban Fantasy Abby Sinclair series, the IronHeart Chronicles and the writer for the webcomic Fox and Willow. She likes LEGOS, elves, LEGO elves…and bacon.

She spends her days in Northern Virginia working as a cube grunt and her nights waiting on her kids, cat, and an obnoxious northern breed dog, punctuated by the occasional husbandly serenade. Sometimes she even manages to write. Mostly she just makes it up as she goes. 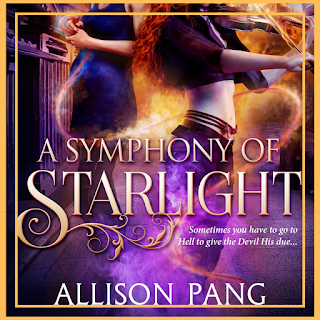