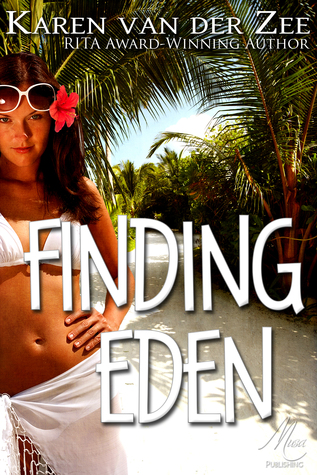 Deceived by the people she loves, Eden escapes New York to the exotic island of Bali to recuperate from emotional trauma and to take possession of a dilapidated tourist hotel inherited from the father she never knew.
Instead of finding peace and mental restoration, she finds Nick Sterling. Not only is Nick a sexy man who disturbs her hormonal chemistry, he is determined to buy the shabby hotel from her for reasons that make her very suspicious of his motives. Who is this man? Who was her father? And why are the evil Balinese spirits invading her humble hostelry?
Haunted by lies and deception, Eden struggles to find the truth, but how can she trust her own intuition and love Nick when nothing is as it should be?

Something was wrong.
The report from the private investigator lay in front of him on the desk. Nick had read it several times now, knew the pertinent facts by heart, and yet once more he scrutinized the clean, crisp pages, hoping against hope something new would reveal itself to him. Something, somewhere, wasn’t right, if only he could see it.
Eden Passarelli was twenty-six years old, single, and lived in New York City, the report stated. She was the daughter, and only child of, Christina and Max Passarelli. Several years ago she had inherited substantial money from her maternal grandparents, and she worked with her mother in her fashion design business, a very successful venture by all accounts.
There was more, but he wasn’t particularly interested in the rest. Nick didn’t care how she spent her days and nights, what she looked like, and with whom she slept. He glanced at the enclosed photograph showing her leaving a restaurant with a man, her head slightly tilted upward, laughing. She seemed attractive, with long dark hair and dark eyes. Too scrawny for his taste, though. He preferred a more natural, healthy look. He was not charmed by women who lived on lettuce and carrots and viewed food as an enemy to keep at bay. He slipped the picture back into the folder.
Photocopies of her parents’ marriage license and Eden’s own birth certificate were enclosed. Nick studied those once again, checking the dates against some of his own, and sighed in frustration. It was all there, plain and simple. Everything seemed perfectly in order. Nothing unusual. The lawyers had been right.
There was nothing he could do.
Leaning back in his leather chair, he stared out of the floor-to-ceiling windows, which offered a magnificent view of a palm-fringed tropical beach and a wide expanse of sea and sky. Well, he was not a man to accept failure, or he wouldn’t be sitting in this office on the island of Bali. He’d still be back in the slums of Boston, or dead, or in jail.
Nick did not often think of his past. The present was better and infinitely more comfortable, even with a problem like Eden Passarelli in it.
The Passarelli file was still on his desk, taunting him with its mysteries.
He needed to apply his mind power and decide what to do about this woman. He added up the facts once more. Only one really mattered: Eden Passarelli owned the shabby little Tempat Bahagia, a budget hotel and bar, farther along the coast, all legal and above board.
It was all wrong. He could feel it in his gut.
Every problem carries inside it the key to its own solution—a piece of wisdom that had done him a lot of good over the years. His youth had been a malodorous swamp of misery and misfortune, and he had dragged himself out of it, propelled by an invincible determination not to end up like his parents. He surveyed the office, taking in the gleaming tropical hardwood floor, the priceless Balinese art work, the exquisite silk Chinese rug. He could not be farther away from the place where he had started in life, both geographically and financially.
Nick glanced back at the papers on his desk and frowned. Eden Passarelli was his problem. So she herself would have to give him the solution. He opened the file and read the rest of the information about her more carefully now.
Not surprisingly, he found that she kept company with New York’s beautiful people and led a jet-setting lifestyle. She traveled to Europe regularly and had spent last Christmas in the Caribbean, staying at a private island resort as the guest of a celebrity. Details were given about where she shopped, what restaurants she visited, what people she was seen with, what parties she attended. In the past year, however, she had not been seen in public nearly as much and for several months apparently had disappeared completely. Probably hiding in some rehab center, he thought cynically. The report painted a picture of glitz and glamour, nothing unusual for a woman with money, a woman involved in the fashion industry.
He found himself smiling at the paper.
The solution was, of course, very simple.
If this is meant to represent his actual thoughts, it should be in italics. 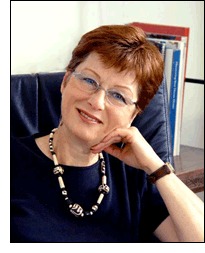 I always wanted to write, ever since I was a child growing up in Holland. I was a dreamer, reading books and making up my own stories. I had notebooks full of stories which I illustrated with crayon drawings. My brothers burned the notebooks in the attic one day, fortunately not burning down the house. They don’t remember this now, but I do!
I also always wanted to travel. Holland is very flat and I wanted to see mountains and coconut palms and tropical beaches and deserts. I wanted to meet interesting people and learn about different cultures and see how people lived their daily lives. And then I wanted to write adventurous stories set in these exotic places
I got lucky and fell in love with a globetrotting American. I met him in Amsterdam, he asked me to marry him in Rome, and we tied the knot in a ten-minute ceremony in Kenya, East Africa, where he was a Peace Corps Volunteer. Some wedding that was! Not the stuff of romantic dreams, but really good for a laugh.
After Kenya we lived in the States for a while, then four years in Ghana, West Africa where not only our first daughter was born, but my first Mills & Boon romance as well. It took me a year to write, which is three months longer than it takes to have a baby. It was set in Ghana, and I called it SWEET NOT ALWAYS, a slogan found on a big colorfully decorated truck that transported people, goods, and live chickens.
I continued writing romances and loved the creativity of it, although it was, and is, never easy. Later we also lived in Indonesia, Ramallah (Palestine), then another three years in Ghana, and most recently six years in Armenia, which lies east of Turkey and north of Iran. Along the way we acquired a couple more kids, so now we have three.
I’ve written over thirty books now, many set in exotic locations such as Bali, Thailand, Malaysia, Java, Kenya and Ghana, as well as Holland and the US. Writing as Mona van Wieren, I received a RITA for a Silhouette Romance entitled RHAPSODY IN BLOOM.
I love the challenge of living in a foreign country where the food is different, the people interesting and life gives me endless inspiration for my writing. So, I’ll just keep going for a while.

Connect with the Author: