Review of Sweet Temptations: The Babysitter by Dark Inferno 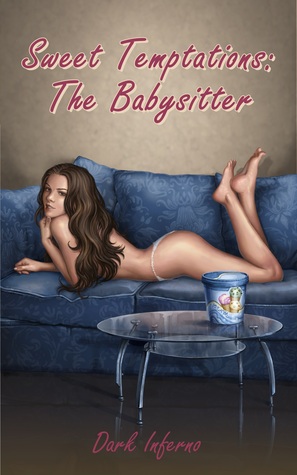 Synopsis
Richard Martin had spent his life trying to be a good man, ever noble and honest . He loved his wife, with a passion, and had never strayed from his vows. However, the bonds of marriage and family are such savoury things for a man with a sweet tooth and for the first time, his eyes were straying towards their babysitter. Young and beautiful, Rebecca was a vision of temptation, and never was anything so sweet as the forbidden fruits of temptation...

This is the first volume in Dark Inferno's sizzling new series Sweet Temptations.

While I usually don't like books that involve cheating, this was a good quick read.  It is very well written and kept my attention. This is a very short read and Dark Inferno did great with the details that you usually loose with a shorter book.

Richard and Lucy are out for his works Christmas party.  They end up leaving early because Lucy catches Richard's boss, Scarlet, coming onto him.

Lucy basically throws herself at her husband, but he leaves to help their babysitter with a computer problem.

I did like Richard at the beginning of the story, but now, I think he is a major jerk!  And Rebecca, ya, can't stand her at all.  I found myself wishing that Lucy would have gone to find Richard and see what was taking him so long.  I wanted her to catch him.