Who needs love when you have money?

It used to be enough, but now it’s not.

Not since he walked into my life and made me question everything.

Now I want more, but I know that’s impossible.

Things aren’t always as they seem.

My true self is hidden, and that works for me.

I hide in a bed of deception to disguise myself, and I’m good at it.

And I hate my life. 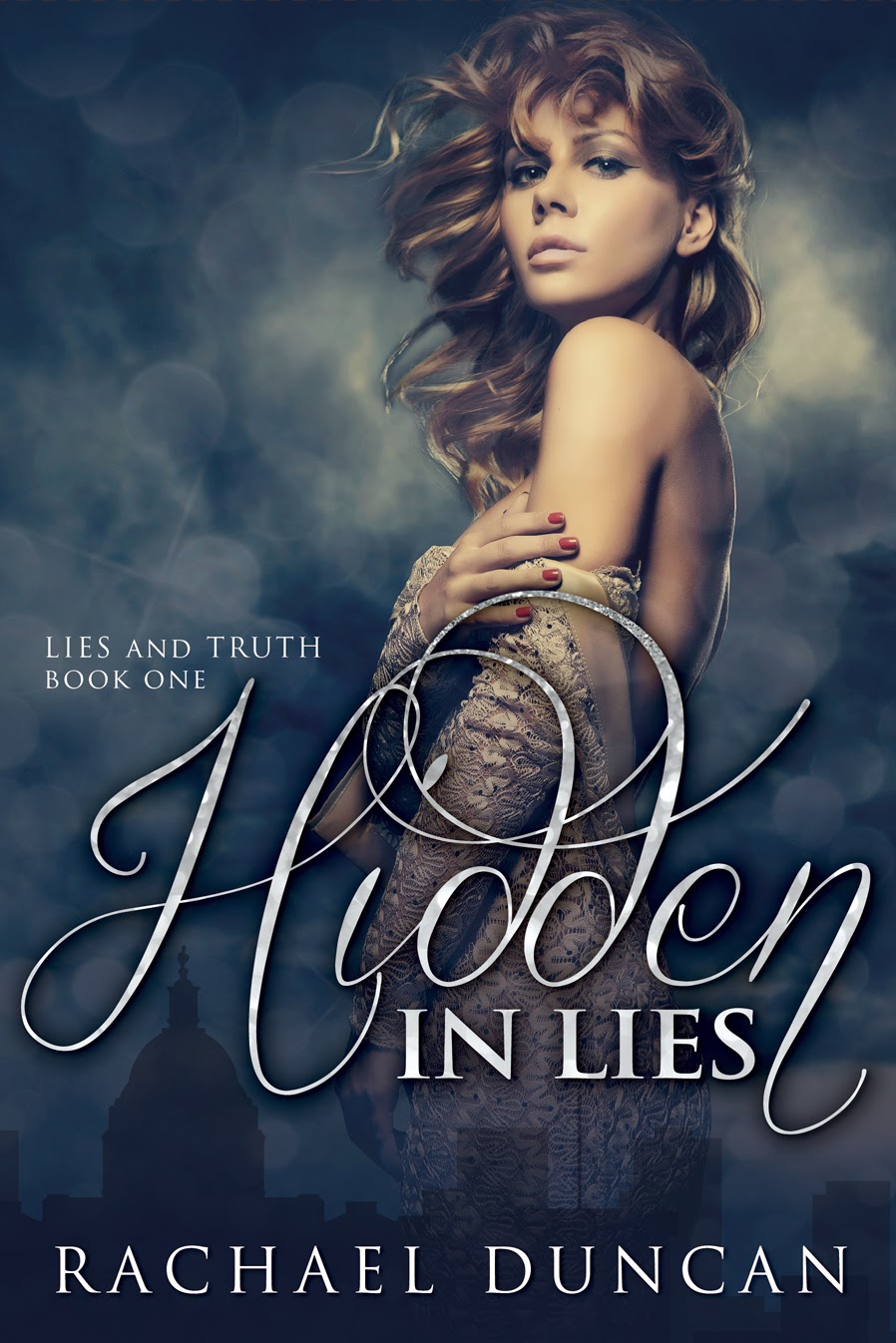 After a few minutes, he says, “I know there’s more to you, Elizabeth. I can tell there’s someone hidden inside you dying to come out. I can see it in the fake smile you show everyone, including Cal, the way you frown when you’re alone in your thoughts, and the sadness that’s lurking in your eyes. Why are you hiding?”

God help me, but there’s something in the way he speaks to me that makes me want to lay all my secrets and sins bare. He’s soft and gentle, but most importantly, I believe he wants to know more about me. He’s not asking to gain leverage or use it to his advantage, he’s genuinely concerned. And it makes me want to tell him everything. But the rational side of my brain tells me not to, so I reel in this strange impulse to divulge my secrets to a man I hardly know. 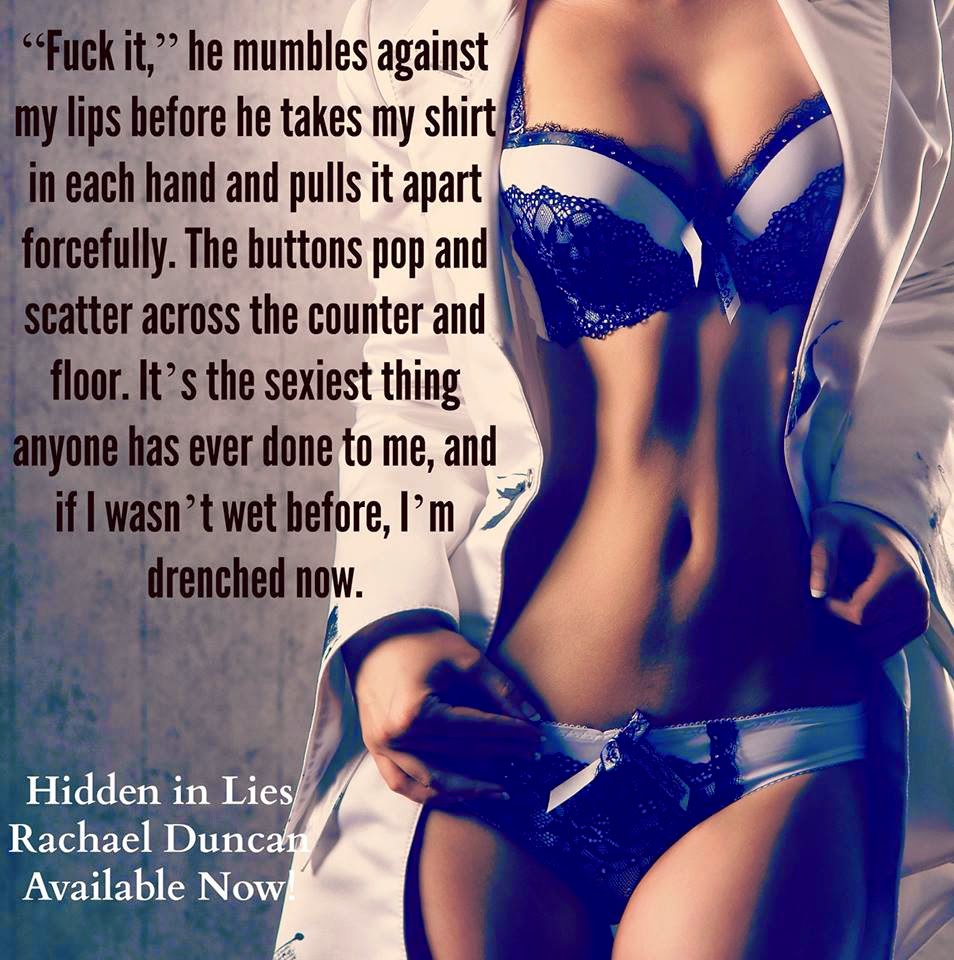 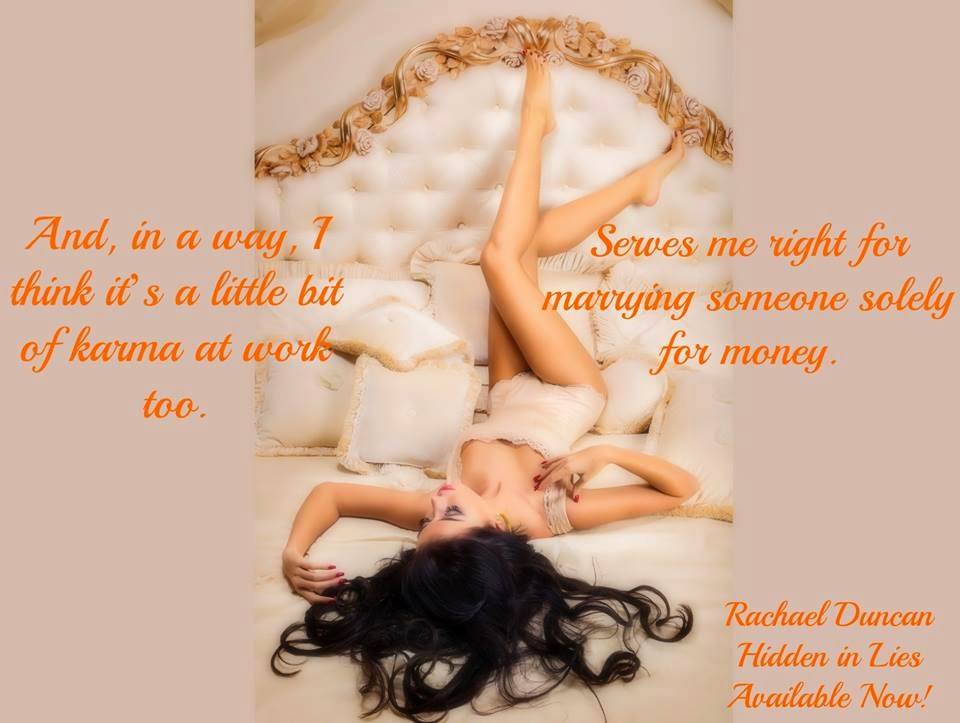 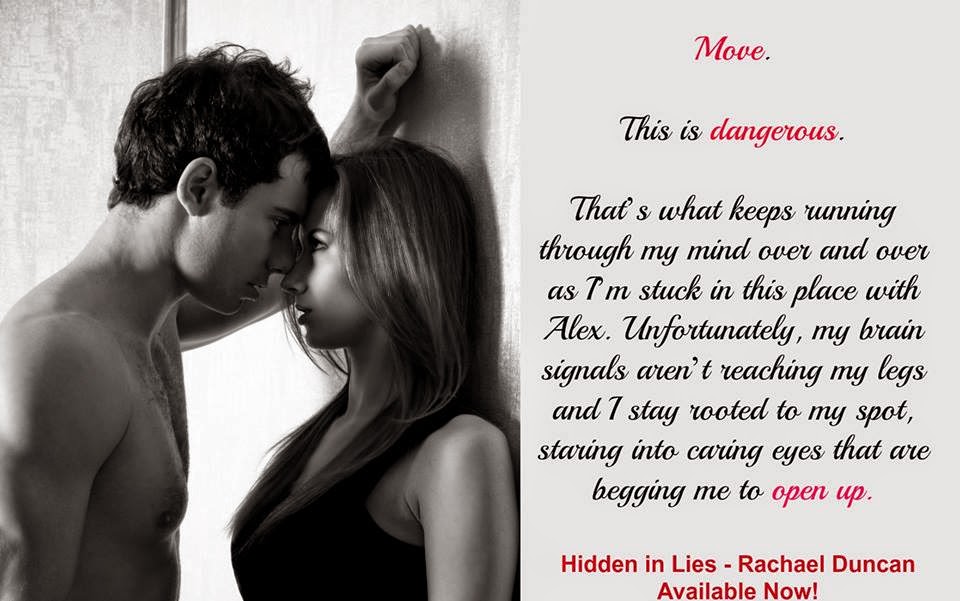 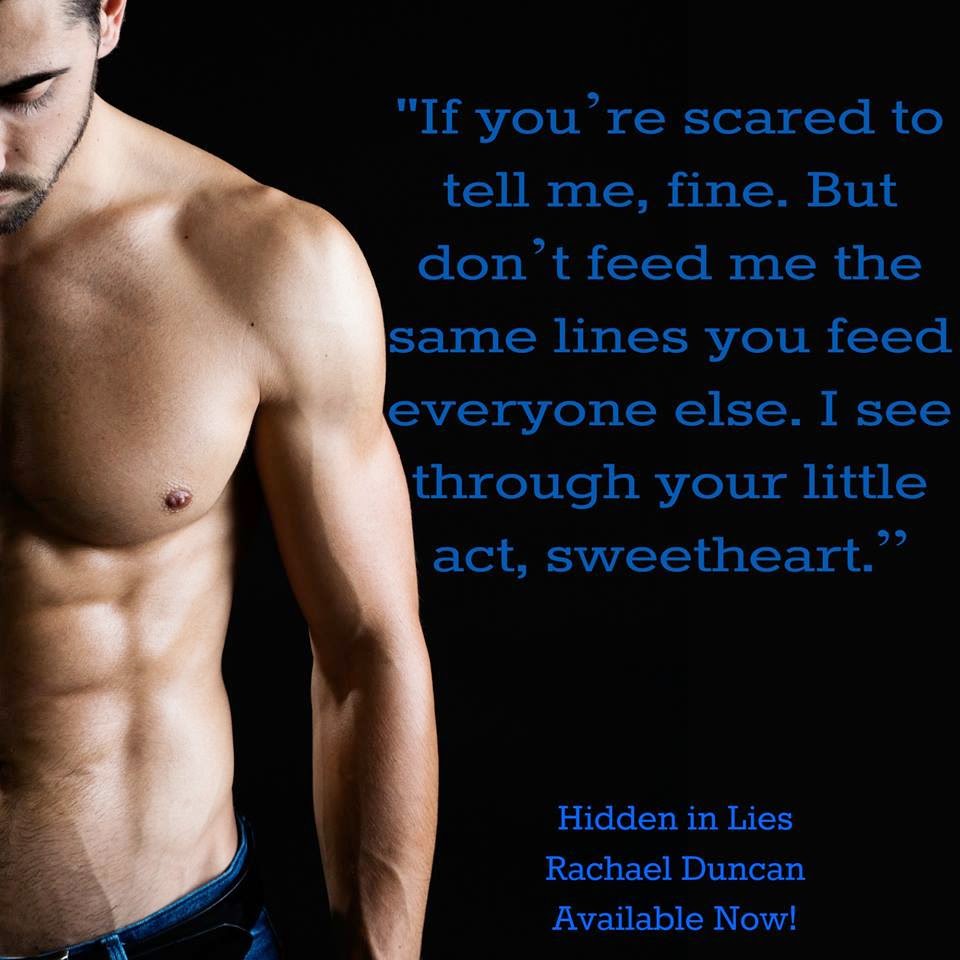 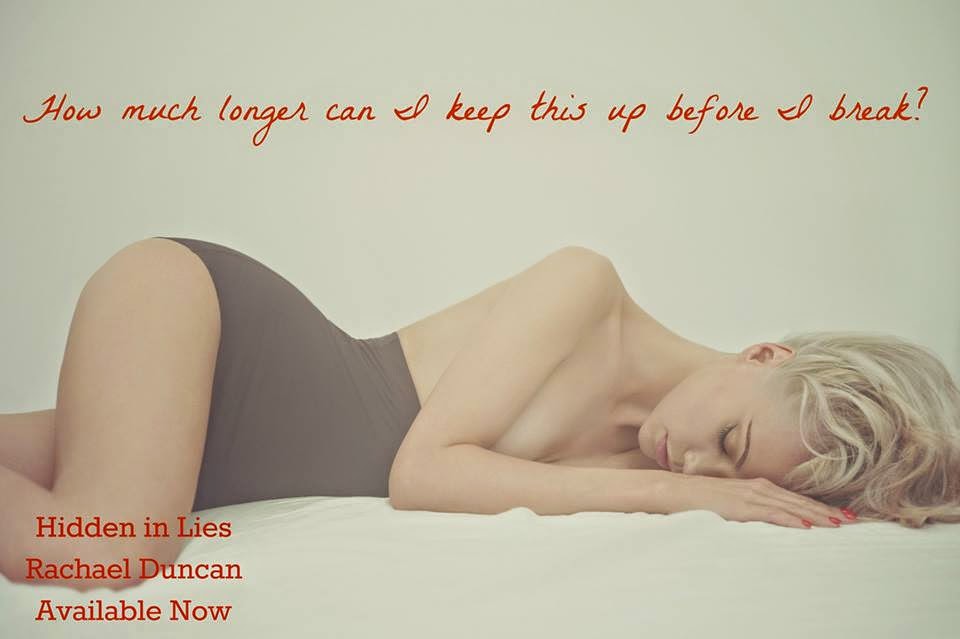 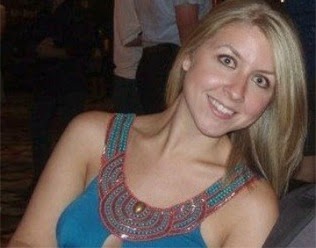 Rachael Duncan is an Army wife living in North Carolina with her husband and two kids. She grew up in Nashville, Tennessee and went on to graduate from the University of Tennessee in Knoxville with a bachelor’s degree in political science. After working on Capitol Hill for a short time, she realized that a career in politics just wasn’t for her. A couple years later, she rediscovered her love for reading and writing. She’s the author of Tackled by Love as well. 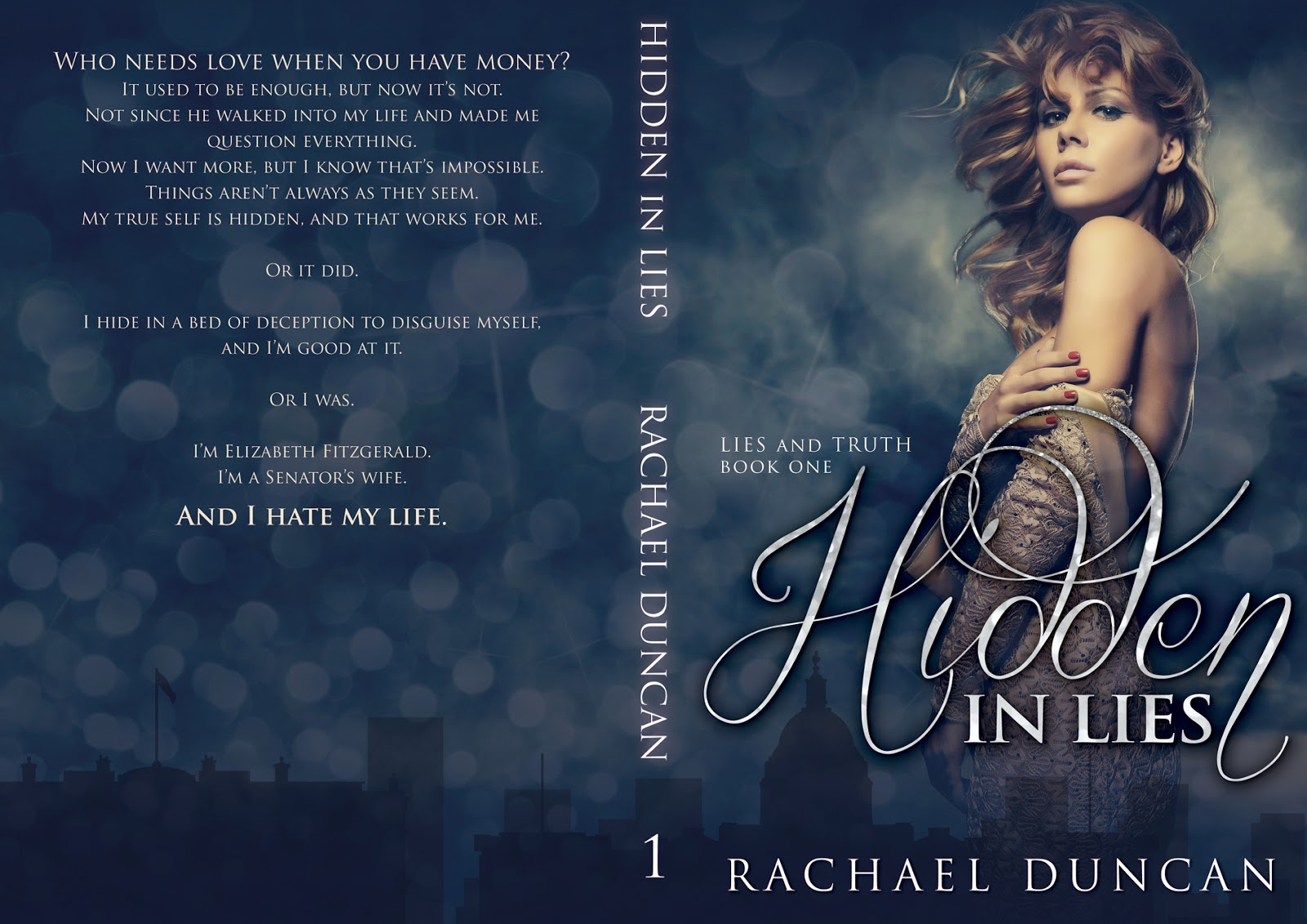