Parables and riddles can’t undo the confusion Deputy Grace Halling experiences after her close call with death. Each morning she wakes up, puts on a uniform that feels far more like a target, and goes out to enforce the laws and protect the innocent. While her comrades in blue are murdered one by one with each passing month, Grace pushes for a call to action from her Captain. Her worst fear has become a reality.

Grace doesn’t know if she’s next. 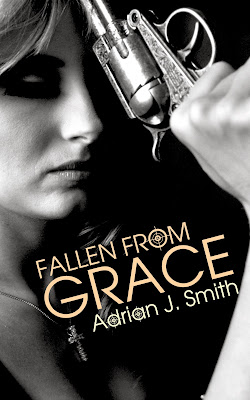 Grace’s feet pounded hard against the asphalt as her belt moved against her hips. She heaved breath after breath as she ran as hard as she could past the run-down houses and abandoned cars. Squinting, she tried to see the punk who had ditched his car when she pulled him over.

“Fucker,” she muttered, lowering her head to gain more speed.

They turned the corner, and Grace grabbed the radio attached to her shoulder and shouted into it.

Grace’s ankle rolled as she stepped on a rock, her thick boot keeping her from completely collapsing. She straightened her back and pushed off her injured foot. She heard the sirens coming and knew Toulouse was close. She had to do it—had to prove to herself and to him that she could.

She huffed and counted to three, getting even closer. Just as the cruiser turned the corner down the street, Grace launched herself forward with her arms outstretched and grabbed hold of the punk’s left leg. His right foot came up and smacked into her chin just as he tumbled down to the ground.

Climbing up and onto his back, she dug her knee into his spine and grasped for his hand, the knife blade flying out. Pulling her fingers into a fist, she smashed it down onto his wrist until he let go and cried out.

“Stop resisting!” Grace shouted back, seeing red as the punk tried to wiggle his way loose from under her.

She moved up his body and rested her forearm against the back of his neck, working his face into the gravel. He cried out in pain, but Grace didn’t let up. She wouldn’t until his body completely relaxed and he decided to cooperate.

“Stop resisting, and I’ll let you up.” Grace swallowed hard.

Toulouse barreled his way down the street to her location. He had left his cruiser at the end of the block, driver’s side door flung open.

Grace glanced down at her suspect and sneered as he tried to turn her over. She dug her knee farther into his back and put more pressure on his neck. 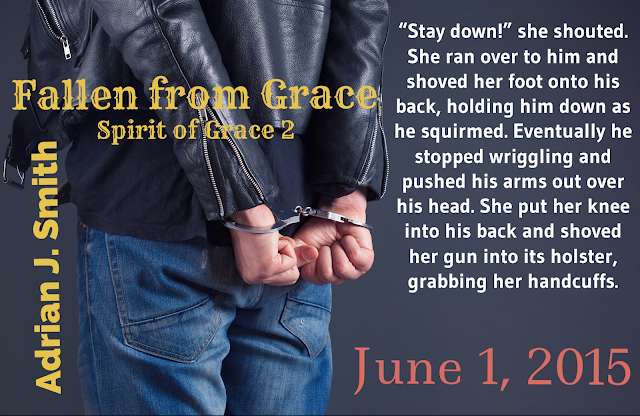 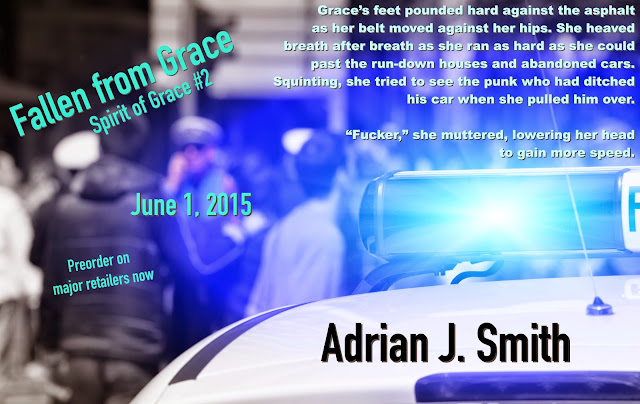 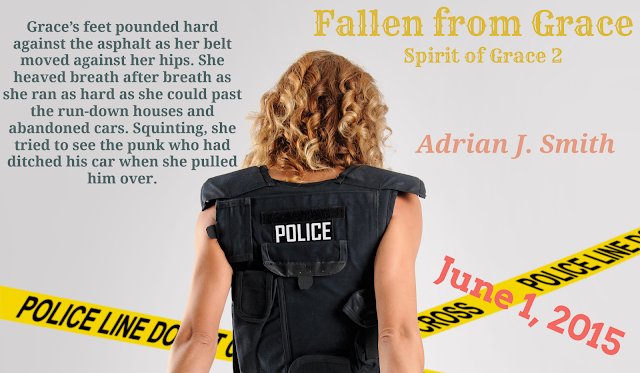 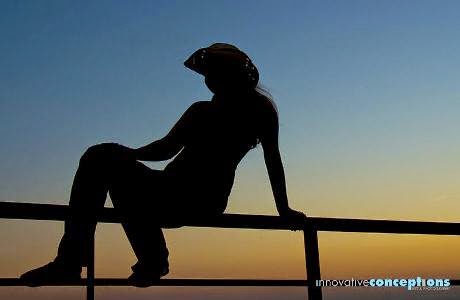 Adrian J. Smith, or “AJ” as she is often called, has a generous and soft heart. She loves to rescue stray cats and dogs, as well as those who just escape. Her hoard of animals currently includes two cats, a dog and a fish, but no children as of yet. She’s passionate about LGBT et al rights, women’s rights and children’s rights.

AJ loves to read and write lesbian fiction, simply for the fact that strong women make her swoon and when two are involved her knees turn to jelly and she falls head over heels in love. AJ travels around the United States, and sometimes the world, gathering up stories for her novels. Currently, she lives in the middle of nowhere of the middle of nowhere and is rather difficult to find except on the internet, where she spends a lot of her time. 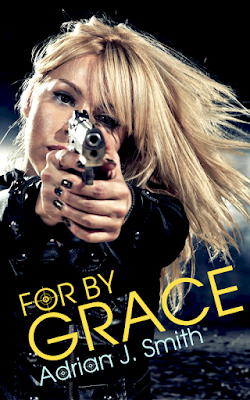