Release Blitz: Fight For Me by Alexis Noelle

Everyone thinks they know me, but they have no idea. I’m nothing like they imagine me to be. My secret is about to come out, the real test will be if anyone is still standing by me when it does. The last person I ever expected to see standing there with a look of acceptance was Christen. She is the picture of perfection, she could never accept me with all of my flaws.
I have wanted Shawn for almost a year now but he barely acknowledges my existence. I’m just the innocent pretty girl. Well I’m about to show him that there is a lot more to me than that. If he wants a fight I’ll give him one.
Will you fight for love no matter the cost?
Fight For Me was originally Fighting To Survive and part of the Guarded Hearts Series. The story has been changed a bit and re-edited to make it a standalone novel.
**Fight For Me is for mature audiences only—strong language, and explicit sexual content are apparent.** 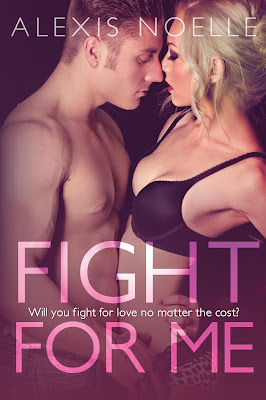 He stands up fast and begins to pace the small room, “I don’t want everyone to know, not that it matters now. I wasn’t jumping for joy when I won because I didn’t want to win.” He doesn’t want to win?
“What? Why not?”
“Because I don’t want to have to fucking be doing this! It’s not something I do for fun; it’s something I do because it is a damn necessity. I would love to be like you guys and be able to hang out, enjoy school, and not need to worry about how I was going to pay for my next semester, but I’m not!” He is yelling now and half of me wishes I had never made the decision to come back here.
I don’t know what to say. I guess I just assumed he was fighting to fulfill some masculine, testosterone-fueled need to hit something. I stand up and walk over to him. He has his back to me, but I decide to be brave and put my hand on him, hoping to comfort him in whatever way I can. “I’m sorry you are in this position. Maybe it would be easier on you if you weren’t hiding it, though. Everyone cares about you and they aren’t going to judge you and turn their backs on you for something like this. It may not seem like much coming from me, since we don’t know each other well, but I’m here if you ever need someone to talk to.”
He spins around, and before I know it, he spins me around and has me backed up against the wall. He slams his hands on either side of my head, trapping my hands with them, and then crushes his mouth to mine. I let out a gasp of surprise and he takes advantage, slipping his tongue into my mouth. His kiss is so frenzied and urgent, so full of need. It’s unlike anything I have ever experienced in my life. I’m not innocent—I’ve been kissed by plenty of guys—but never like this.
He’s taking complete control over me and dominating every sense of my being. He pulls back a little, biting down on my lower lip, causing me to moan with a mix of pleasure and pain. I open my eyes to see him staring at me with such desire my insides warm. Before I know what’s happening, he releases my hands and speeds out the door.

Alexis Noelle lives in Philadelphia, Pennsylvania with her husband, and three kids. On top a writing career, she is a full-time student and a full-time mom. She loves spending time with her kids, although she has to hide the computer from them when she is writing! She love being active and being outdoors, especially if it involves any kind of shopping.
She has always been passionate about writing. She loves to read romance books and feels like being able to lose yourself in a book is one of the more exciting aspects. The books she loves to read and write will be ones that make you feel for the characters. Ashley believes that you should have an opinion on every character in a book whether you love them, hate them, or think they are up to something.She also believes that the most important critic is your reader, so she loves to hear from the readers. She want her fans to be open & talk to her about what they want for the characters in the story, and what they would like to see happen. 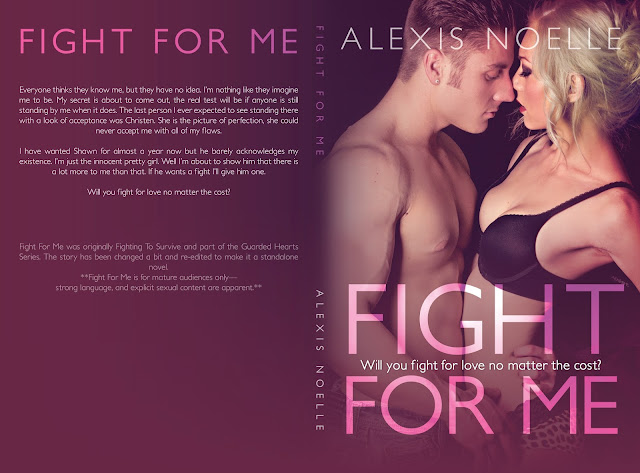