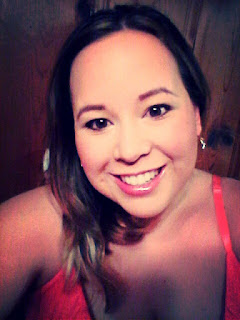 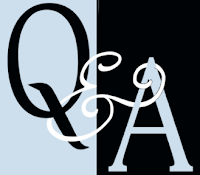 Can you share a little of your current work with us?


I SWING MY LEG OVER the edge of the windowsill, almost hitting the nightstand before landing on the hardwood floor below my feet.


“Shh!” Violet hisses from behind me. It’s barely audible over the pounding of my heart, but my adrenaline allows me to figure it out and soften my steps as I tiptoe away from the window in her older brother’s room. Tonight ranks in the top ten of things I’m sure I’ll go to hell for.
I’m not entirely proud of myself at this moment, but it’s not as bad as most of the things I do. It’s just sneaking out to an all-night party. All teenagers have to try it at least once, right?
Normally we don’t need to sneak out, but Violet’s parents grounded her and nailed her window shut after they caught her climbing out it a few months ago. Funny thing is, she wasn’t so much trying to climbing out of it as she was trying to sneak in one of her many conquests. That’s Violet for you. A devil in the disguise of a sixteen-year-old girl. Her parents are obsessed with making sure she doesn’t get pregnant before she turns eighteen. Just another mouth to feed.
“A little help here?” Violet asks, her body straddling the window with her black mini skirt riding high up on her hips. I move to grab her hand to help her in, but her brother, Mischa, gives her a boost from outside, causing her to go flying forward. I try to grab her, but the drunk aren’t the most coordinated, and she lands head first on the ground.
“Dammit, Mischa! Are you trying to wake up Mom and Dad?”
“Sorry,” Mischa says, climbing in after his sister. He swoops in feet first, followed by his torso before turning and shutting the window behind him.
“Don’t breathe just yet, we still need to make it to my room,” Violet says before putting her ear to the door and listening to make sure no one is out in the hallway. I do the same, hearing nothing but the static of the old television that’s left on twenty-four hours a day.
Her parents have a tendency to roam the halls at all hours of the night. It’s not unusual for strangers to appear on their doorstep in the middle of the night. They knock until Violet’s father, whom everyone refers to as Crumb, gets out of bed, cursing the entire time, and gives them what they want. A fix is a fix, and an addict doesn’t have manners. At least, the ones I’ve met.
“Okay, I got you back in, now hurry and get to bed.” Mischa pulls his shirt over his head, flips his MP3 player on, and flops onto the bed still wearing his shoes and jeans.
“Shut up, Mischa. I’m not spending the entire summer grounded,” Violet slurs, but this only makes him laugh. When he catches me staring, I divert my eyes from his smooth chest and pretend to be staring off into space.
She throws a random dirty shirt at the bed before sliding to the floor with her back against the door and puts her face in her hands. I  bend down beside her to feel her clammy forehead and place a wastebasket in front of her.
“Please don’t puke,” I beg as I pull pieces of her purple streaked hair away from her face. Violet’s had a lot to drink, but not enough to cause alarm. She’ll be fine.
“Did you have fun tonight, Cody?” she asks me.
“So much fun.” I press a kiss to her cheek as her eyes close and stand.
“I’m tired,” Mischa mumbles. “You wanted to go to Driller’s party, I snuck you out for a ride. Now for the last time, it’s almost morning, so get back to Violet’s room before my parents wake and figure out you’ve been out all night.”
I give him a slightly frazzled look, but decide to egg him on by refusing to leave.
“Did you have fun tonight, Mischa?” I ask, repeating his sister’s drunken words from a few seconds ago.
“Just as much as you did.” Mischa groans. “And I saw how much fun you were having making out with that bowtie guy.”
Bowtie guy has a name, but I can’t remember it. I think I may have had a class with him freshman year. It doesn’t really matter though. He was cute, available, and in the right place at the right time. Putting my hands on my hips, I wink. “A little jealous are we?”
He isn’t amused. Instead, the muscles in his face tighten up, and he straightens up as if he’s trying to make a very serious point. “I don’t get jealous, especially not over you.”
I do the normal teenage eye rolling and pull a half-empty bottle of cheap vodka off his dresser. I don’t want to go.
“Let’s play a game,” I say. “I’ll show you mine if you show me yours.”
His eyebrow raises, a cheesy grin taking over his face.
“Get your head out of the gutter, Mischa. It’s more of a show and tell. I’ll show you some random amazing talent, and if you can do it too, I have to take a shot. If the other person can’t do it, they take a shot. Got it?”
“Where do you come up with these random drinking games?”
I tap my pointer finger against my skull. “I’m an amazing drunk.”
He nods at the spot next to him. “Let’s play then.”
Opening the bottle, I pass it to him before sitting down on the old, lumpy mattress.
“Okay, me first. Can you do this?” I grab my lipstick from my pocket and balance it between my breasts.
“Hell, no.” Mischa chuckles as I apply a smudge free application.
“Tada!” I smack my lips at him.
He gives a slow clap. “First off, you did not just Breakfast Club me. Second, I don’t have breasts so that was completely unfair.” He tries to hand me the bottle, but I push it into his chest.
“Drink up, loser.”

Who designs your covers?

Do you have any advice for other writers?

Work your craft and keep writing.

Do you have any writing rituals or certain things you do to aid your writing process?

I used to edit in the bathtub, but now....I just fit it in where I can.

Favorite snack and thing to drink while you write?

Ebook or Print? Print, unless funds are short, then ebook.
Junk Food or Sweets? Neither, we don't eat processed, fast foods, or anything bad at my house.
Dogs or Cats? Cats! I have a cat named Starbuck. (Not after the coffee, but after BattleStar Glaactica)
Tea or Coffee? Coffee or Earl Grey, Hot.
Dark Colors or Light Colors? Dark.
Angels or Demons?  Eek! Angels.
Paranormal Romance or Historical Romance? Paranormal. I've not read much historical unless you count my obsession with Jane Erye.
Boxers or Briefs? Do I wear these or do I prefer them? LOL I prefer boxer briefs on my men.
Control Freak or Careless Jerk? Control Freak..

Must read books (in no particular order)

Check out all of Briana's novels
and come visit her during her takeover August 18
at Rising Indies United @ 10:00am PDT