Blog Tour: The Girl in the Maze by R.K. Jackson 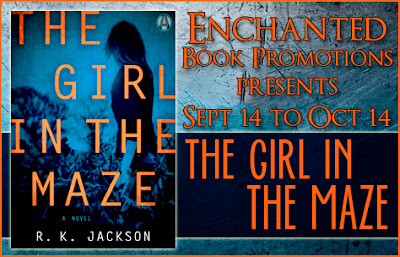 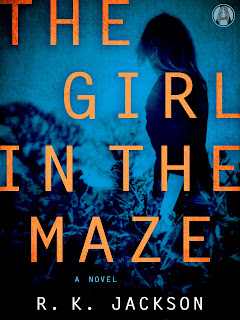 
Perfect for fans of Gillian Flynn, Paula Hawkins, and Tana French, R. K. Jackson’s lyrical, twisty psychological thriller debut follows an aspiring journalist as she uncovers dark truths in a seaswept Southern town—aided by a mysterious outcast and pursued by a ruthless killer.

When Martha Covington moves to Amberleen, Georgia, after her release from a psychiatric ward, she thinks her breakdown is behind her. A small town with a rich history, Amberleen feels like a fresh start. Taking a summer internship with the local historical society, Martha is tasked with gathering the stories of the Geechee residents of nearby Shell Heap Island, the descendants of slaves who have lived by their own traditions for the last three hundred years.

As Martha delves into her work, the voices she thought she left behind start whispering again, and she begins to doubt her recovery. When a grisly murder occurs, Martha finds herself at the center of a perfect storm—and she’s the perfect suspect. Without a soul to vouch for her innocence or her sanity, Martha disappears into the wilderness, battling the pull of madness and struggling to piece together a supernatural puzzle of age-old resentments, broken promises, and cold-blooded murder. She finds an unexpected ally in a handsome young man fighting his own battles. With his help, Martha journeys through a terrifying labyrinth—to find the truth and clear her name, if she can survive to tell the tale.
Author Bio


R.K. Jackson is an award-winning science writer and editor at NASA, and previously worked as a senior editor at CNN, where he helped launch the network's Internet presence. He has attended the Advanced Novel Writing Workshop at UCLA as well as the Squaw Valley Community of Writers Workshop.

Jackson’s debut novel, THE GIRL IN THE MAZE (available 9/8 from Random House Alibi), has been praised as “A twisty Southern gothic thriller with echoes of Tana French” (L.A. Times bestselling author Dianne Emley), “A terrific mystery” (The Book Lover’s Friend), and “A fast-paced psychological thriller that keeps you engaged from beginning to end” (Reading Femme).

Two of his plays have been staged professionally, and his short story, "All the Devils," was featured in the Alfred Hitchcock-themed issue of Penumbra Magazine. He is currently consulting with Disney's Imagineers on the forthcoming "Spaceship of the Imagination" attraction at EPCOT.

A Georgia native with roots in the state's coastal low country, he now lives with his family in California's Los Padres National Forest and is at work on a second Martha Covington thriller, THE KISS OF THE SUN.
Links