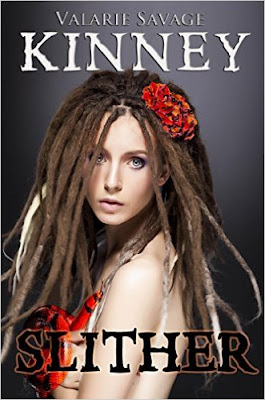 We're often told tales of the underworlds to feed the darkest corners of our nightmares. We tuck them away with the sunlight and laugh away the fear our minds created. But the daylight offers no relief for Zari. She's hidden her waking nightmare as nothing more than a damaged past. The venom of her secrets consumes her, as well as those she cares for most. Emmett, the love of her life and the only one with a past dark enough to respect her space, becomes a pawn in the war against the demonic force which is her bloodright. Can Zari overpower those out to get her to feed on the innocent? Can she save Emmett from the evil of Slither?

Well, we all know I love my horror, cutting my teeth on horror comics and classic films to diving in head first with authors like Stephen King and Dean Koontz. For me, crafting a great horror story is about the unknown, creating characters we care about, as well as characters we despise, and creating a sense of confusion and deflecting from a predictable course through a believable but engaging plot line with many sub-plots.. A combination of these will create a great read, which Valarie Kinney has done in SLITHER.

I loved the main characters, Zari and Emmett. They were wonderfully flawed and each was dealing with their own demons. These were people I would like to know, despite being very different from me. The villains were truly dark and twisted individuals, giving any great horror author’s creations a run for their money. The supporting casts were also fully fleshed individuals who enhanced the read, adding to the plot.

My only issue is that I wish there had been more interaction with the villains. I wish we had been given more information about their history, were there any more of them, etc. I think that would have been really cool, as this is such an original concept and mythology (and again, you all know I love good mythology), but this is my minor issue. Overall, this was a great read and I would definitely recommend it to any and all horror Fans.

Valarie Kinney is a writer, fiber artist and Renaissance Festival junkie with a wicked caffeine addiction. She resides in Michigan with her husband, four children, and two insane little dogs. She is the author of Slither and Just Hold On, and narrator for Dragons of Faith. She can be followed on Twitter @kinneychaos. 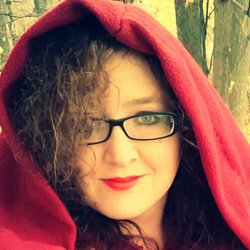 Posted by sldearing at 9:00 AM