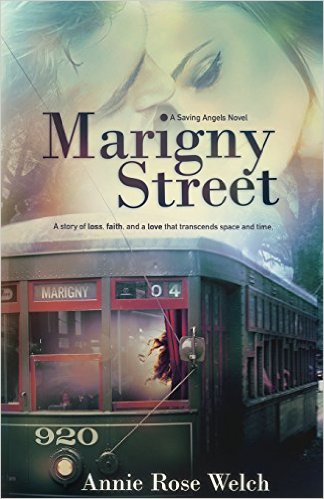 Do you believe in the power of dreams? Way down south on Marigny Street in the heart of New Orleans, the land of Catholic intercessions, purgatory, and supernatural superstitions, young Evangeline Chenier dreams of a radiant boy who saves her from a storm. She takes the dream seriously – in her family, dreams are sometimes more than dreams. Sometimes they foretell the future. Sometimes they create it. Years later, Eva is no longer the same wistful girl but a hardened woman who no longer believes in dreams. Losing faith in her gift, she becomes lost in a nightmare of emotion, mourning her son, separating from her husband, and stewing in a dead-end job. And then fate brings her an unlikely surprise: one of the most famous movie stars in the world, Gabriel Roberts. Caught by something in his eyes, Eva agrees to show him the real Big Easy on his last night in New Orleans—an evening that turns into four dreamy days spent recapturing lost faith and discovering a love neither expected. Realizing Gabriel is the boy from her childhood dream, Eva must leave everything behind—her husband, her family, her history, and the beautiful city she calls home—and gamble it all for the dream that has saved her on MARIGNY STREET.

Have you ever curled up on the couch, flipped on Hallmark channel or Lifetime and wasted your day with your blanket and a bowl of popcorn? That’s a good Saturday. Well then this book is for you. Marigny Street by Annie Rose Welch is a chick flick waiting to happen. Set in New Orleans, always a great backdrop for some magic or paranormal stuff, we spend a weekend with Eva as she figures out what it is she wants out of life. Having spent the last two years feeling numb something major needs to rock her world to get her feeling again and it does.

There are parts of this story that I can relate to. I too have been wheeled into surgery, not coming out with my baby and the feeling of loss that can overpower you is great. There is a scene in which she describes what it was like in the cold hospital room. Truly realistic. Grab a box of tissues because it’s going to pull at your heartstrings. Welch defiantly pulls your emotions in many different ways, kind of like the movie Steel Magnolias.

There is a big plot twist that left me feeling disappointed but I can truly say, “I never saw it coming.”