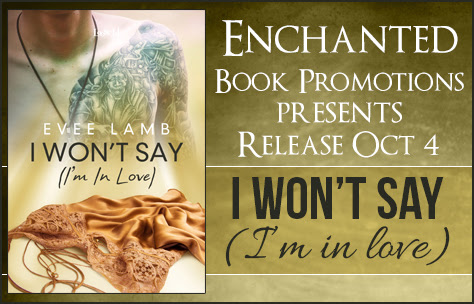 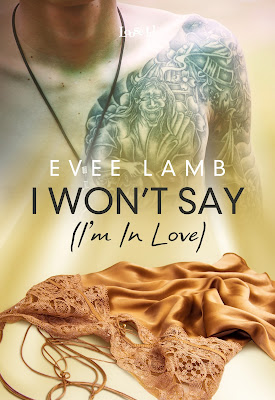 After being stuck in a dead end relationship with her abusive ex-boyfriend, Zelda wants to say goodbye to relationships and say hello to no-strings sex. Preferably with a man who owns a lingerie collection larger than her own. So when Pytor Valentine pings into her inbox after Zelda decides to navigate the world of online dating, Zelda thinks she’s found the perfect man. He’s everything should could as for: handsome, well-read, owns an extensive collection of lingerie, and is looking for unattached sex.

But after seeing Pytor wrapped up in silk, all of his hard muscles and sharp curves trimmed with lace, Zelda isn’t sure one night of white hot passion is enough. But with Derek muscling his way back into her life and Pytor not looking for a relationship, Zelda doesn’t know if she’ll ever get more than sex.

If Zelda wants to survive with her heart in tack, she can’t fall in love.

Too bad she’s pretty sure she already is.

Evee Lamb lives in Columbus, Ohio with her two cats Mo and Cheedo. She publishes male x male romance under the penname Evelyn Shepherd. Between writing and working as a graphic designer, she spends her free time expanding her library and traveling.