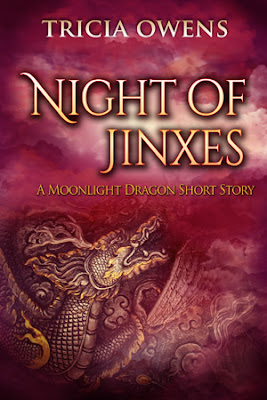 When a spooky, disembodied voice in Moonlight Pawn threatens to kill Anne Moody, she's angry and annoyed. She doesn't have time for this! But if she wants to catch a wink of sleep in the near future, she know she has to figure out which item in her magickal pawn shop is out to get her. Unfortunately that's easier said than done. Anne lives in the retail equivalent of a haunted house. As she and her best friend Melanie the monkey shapeshifter soon learn, everything is cursed! This is a fun and creeptastic Moonlight Dragon short story, available in KU.

Descended From Dragons (Book One) 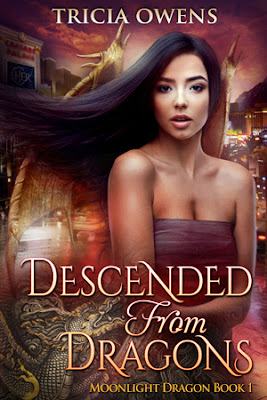 To save Sin City, she must battle Hell. Too bad the odds are against her.Beneath the glitz and glamour of Las Vegas lies another city. A secret city in plain sight, full of warlocks and demons, shapeshifters and golems. A city that feeds off the chance magick that is generated by gamblers and which is ruled by mysterious beings called the Oddsmakers.It is in this strange underbelly of the occult that Anne Moody runs a cursed pawn shop for the desperate, the curious, and the magickally inclined. The job can be tricky, but it keeps her under the radar. None of her customers have any inkling that she is a dragon sorceress with a power that's been feared throughout history. One day, a visitor to her shop pawns a stone statue that is more than it appears. The statue is a gargoyle named Vale, who is shrouded in mystery and secrets. When she learns that Vale is possessed, and that the person responsible for cursing him plans to take over Las Vegas with a horde of demons from Hell, Anne realizes it is up to her to defy the Oddsmakers and save the city, and possibly the world.Descended from Dragons is the first book in an exciting new urban fantasy series for fans of Patricia Briggs, Annie Bellet, and Ilona Andrews. Watch for more books and short stories in this universe!Book 1: Descended from DragonsBook 2: Hunting Down DragonsBook 3: Trouble with Gargoyles Book 4: Forged in FireBook 5: Rise of the DragonJoin the mailing list for new releases: http://www.triciaowensbooks.com/list 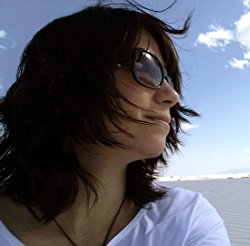 Tricia has been writing and publishing since 2002. She publishes her books to Amazon regularly. An avid traveler, she has visited over 80 countries and been struck by food poisoning only twice. She has been a casino table games dealer in Las Vegas and the onboard editor of a cruise ship. Visit her website at http://www.triciaowensbooks.com and join her newsletter to be updated on her latest releases, contests and promotions.

Email ThisBlogThis!Share to TwitterShare to FacebookShare to Pinterest
Labels: spotlight