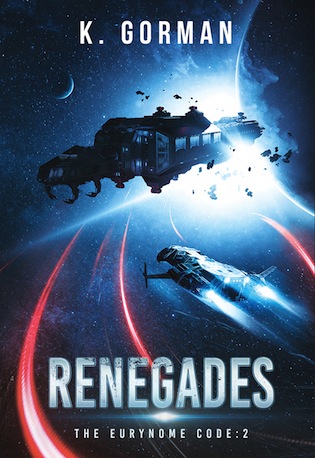 
The Shadows have taken over, and she is the only one who can fight back.
Genetically engineered from birth, Karin Makos’s powers have made her the Alliance’s most wanted person. With her sister still missing, and only a cryptic notebook left behind for clues, the mystery of her past is going to take a lot more time and resources than they have to unravel it.
And there’s a bigger problem looming. Keeping their promise to heal Ethan’s stepfather and the rest of the people on the Ozark puts them right past Caishen station and its Alliance allies—and there might be another force on their tail.
After the crew split apart on a wild chase that puts Karin in the hot seat, it’ll take all of their strength and ingenuity to bring them back together. With enemies gathering in the wings, a desperate, heavy-handed station commander hard on their tail, and the Shadows an ever-present threat, they must race against the odds and scramble to fight their way out. 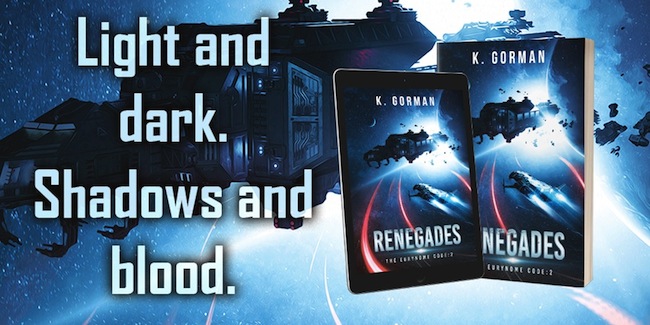 Author Bio:
Originally from the west coast of Canada, K. Gorman has switched to the west coast of Taiwan, where she broadcasts a steady stream of Science Fiction and Fantasy stories. When not writing, she enjoys long rides through Taichung on U-Bikes, marathons Twin Peaks and Battlestar Galactica, and is slowly turning Final Fantasy VIII’s Squall into a card-playing god before she runs through the rest of the game.