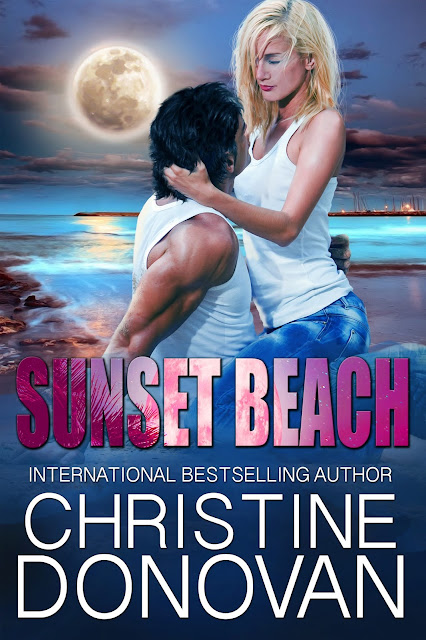 Until Sarah Kennedy is 17 she spends her summers at Sunset Beach with a close-knit group of friends. They are young, carefree, and just a tad wild—as teenagers tend to be. They share secrets, love, and a deep connection. But that final summer life as the friends know it begins to unravel. Domestic violence plagues one family, one of their group becomes a criminal. Sarah severs all ties with her friends and disappears.

Fifteen years after the summer that changed Sarah’s life forever, she receives a letter about a reunion. Can she bury her fears, curb her anxiety enough to attend and finally unearth who attacked her and changed the trajectory of her life forever? She also hopes to reconnect with the one man she gave her heart and soul too—Jake Ferroli. She wonders if his life faired any better than hers after his family tragedy and his downfall into drugs and alcohol.

Sarah locks down her demons and rents a cottage for the summer. To her surprise Jake is still single and they slowly reconnect. But so does her attacker. He is good at eluding the police. Somehow he has gone on attacking women for fifteen years without so much as being a suspect. Pictures, letters, and threats against Sarah now come on a daily basis. Jake and Sarah hire a private detective and as they get closer and closer to revealing the identity of the perpetrator, he strikes. Can Jake rescue Sarah before their so-called friend rapes her, or even worse, kills her as he did to his last victim?
Amazon Link:
https://www.amazon.com/dp/B01MT56U44 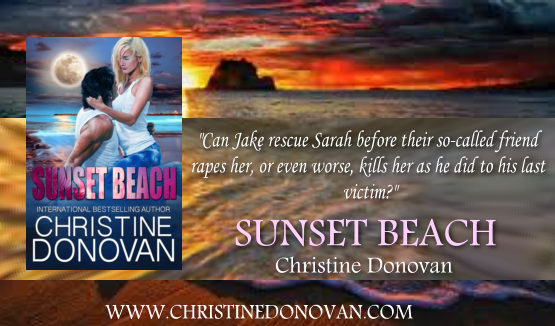 When he stepped close to her, he could sense rather than see her retreat. Her eyes darted toward the door then back to him, suddenly full of panic. Why? It tore at his heart to know someone or something traumatized her.
“Why don’t you take a seat and relax.” He reached out to touch her arm and she all but flinched. It appeared ever so quickly, but he noticed it. On an exhale, he let his arm fall, frowned at her behavior, and sat down. She slid into the chair opposite him.
“So, tell me why you’re so jumpy? Is it me, or are you always like this?” God, please don’t let it be me.
She shot him a look of disbelief. “I’m not jumpy.”
Clearing his throat, he said, “If you say so.”
“Have you kept in touch with everyone?”
The desperation he witnessed flash in her eyes nearly broke his heart. “Yeah, I have. You know about Drew and Alyssa. Tom’s a doctor. He works at Mass General and he’s still single. Dylan lives in his mother’s old house. He’s a local cop here. Had a nasty divorce a few years back, but I don’t know all the details. I believe he has one kid, a daughter. Mitch is a detective with the Boston Police Department. He married a fellow police officer and they have two kids. Heather married some guy last year, I haven’t met him. Tracy’s single and I think she’s the only one not coming.”
“I had no idea what became of anyone.” Tears pooled in her eyes. “Except Charlotte.” She closed her eyes and took a deep breath. “You took me by surprise when I saw you pull up today.”
Exhaling, he said, “Likewise. I didn’t expect you to come after fifteen years of silence.” He ran his hands threw his hair and asked, “Why did you come?”
“I don’t know. I thought it was time.”
She had a strange, vacant look on her face, so Jake decided to drop the subject. He would push for more answers later. And he wanted answers. Something had been eating a hole in his heart all these years, and he wanted to know why. 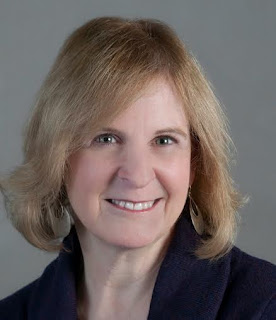 Christine Donovan is an International Bestselling Author who writes romance that touches the heart, soothes the soul and feeds the mind. She is a PAN Member of RWA and belongs to Novelist, Inc. and Rhode Island Romance Writers.

She lives on the Southeast Coast of Massachusetts with her husband, four sons, four cats and one spoiled golden retriever. As well as writing contemporary romance, she also writes historical and paranormal. All her books have some degree of suspense. In her spare time, she can be found reading, painting or gardening. She loves to tackle DIY projects.