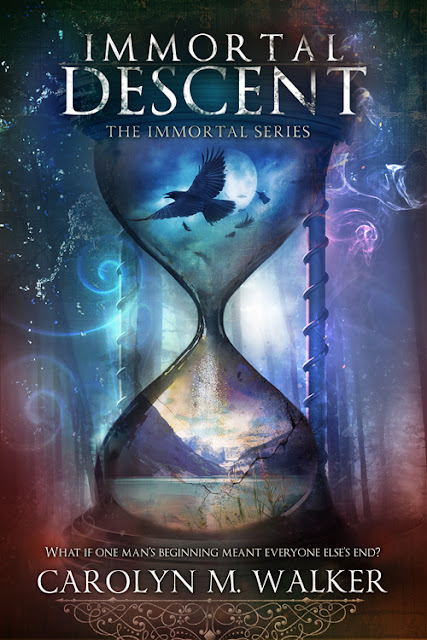 Immortal Descent
Carolyn M. Walker
Book Genre: Adult Urban Fantasy
Release Date: 4/3/2018
Publisher: Clean Reads / Astrea Press
Book Description:
Deep in the caves of rural Western Germany, the truth about immortality has remained a secret for centuries, but now that secret is about to break free...
Ethan West knows what it means to be different. With a haunted past and a strange sixth sense he sometimes can’t control, Ethan’s in search of a better future. Instead, he’s brutally attacked. Narrowly saved by the beautiful and mysterious Rue, Ethan quickly learns the world is darker and more bizarre than he had ever imagined. And sparing his life comes with a price: being reborn immortal. Now, a dark faction of ancient, cursed immortal beings known as Lorns are after him. And they want his rare, newly awakened soul.
Descended from the mythological Nephilim, Lorns are bound by either the divine force of order or the mortal force of chaos. Ethan is a rarity, bound by neither, yet he is ruled by both. Now, wielding an ancient and volatile power, Rue and her Alliance work to keep Ethan from spiraling out of control. At the heart of a terrifying underground war between Lorns, Ethan becomes the target of one side and a savior to the other. Amid everything, Ethan struggles to understand his own purpose and power—an ordeal that tests his loyalties, beliefs, and sanity in ways unimaginable. And the greatest danger is yet to come.
Amazon 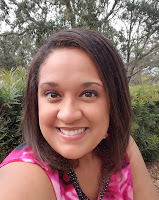 About the Author:
Carolyn M. Walker is a California native and lover of all things literary. As an avid reader, she always enjoying new and exciting reads. Now as an avid storyteller, it is her mission to bring that same joy to her beloved readers. After earning her Bachelors in English Literature and Psychology, Carolyn went on to pen the draft for her first fiction novel and hasn’t looked back since. Aside from writing, she is also passionate about art, food, travel, history, and music. Carolyn has a soft spot for holiday cooking and loves experimenting with new recipes and treats. She also loves the beach, snorkeling and diving. Carolyn now lives in sunny Florida with her husband and daughter.
Website: https://carolynmwalker.wordpress.com/
Facebook: https://www.facebook.com/carolynmwalkerwrites/
Twitter: https://twitter.com/MissWriteWise
Instagram: https://www.instagram.com/misswritewise/
Pinterest: https://www.pinterest.com/misswri/
Amazon: https://www.amazon.com/Carolyn-M.-Walker/e/B079VJ3N9M
Goodreads:
https://www.goodreads.com/author/show/17271041.Carolyn_M_Walker