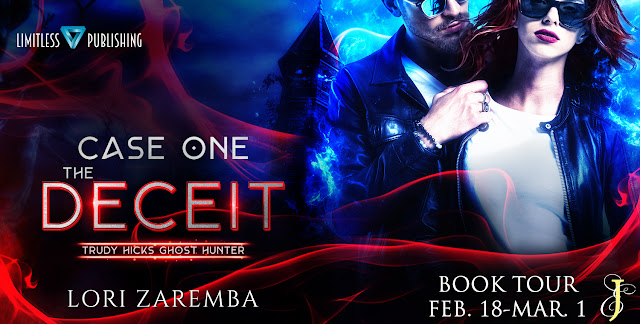 “Ghost, murder and deceit! What's not to like?” ~Cranky TBC

“Mystery, suspense, romance and ghosts! I don’t think it can get any better.” - Red Hatter Book Blog 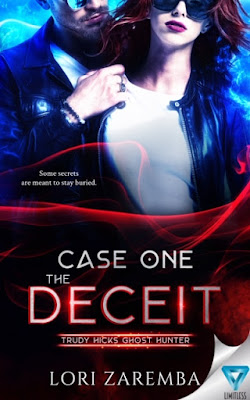 My job? I hunt ghosts. Not to prove they exist—because I already know they do—but to figure out why they’re still here.
My first big case leads me to a mansion on the Chicago Gold Coast, the previous home of a wealthy socialite who lived there until she accidentally fell to her death in 1927.
I’ve never been this determined—and excited—to solve a case like this one before. Pity I’m forced to work alongside a man whose sole purpose is to debunk paranormal activity. But the worst part? He’s gorgeous, and the more we work together, the more I realize I might be falling for him.
Together we’re delving deeper and deeper into the spiritual world. But the more secrets we uncover, the more pissed off these ghosts become; and that’s when I start to realize…we might be in way over our heads.

Meeting Jason’s surprised eyes, Trudy hurried to see what had the dog so upset.
She heard Leslie yell, “Jasmine!” before hearing a woman scream and glass break.
“What the hell?” Trudy’s foot hit the first step. Over the ornate railing, she saw Holly sitting on the floor with a tray of broken glasses next to her, and further down the hall, Jasmine was barking excitedly at the closed basement door.
Ryan came to Holly’s side, looking her over. “What happened?”
“I don’t know. I think something or someone pushed me down.”
Trudy arrived to kneel on the other side of Holly, whose eyes were wide with fright, a shimmer of tears glistening on her cheeks.
“Patrick!” Trudy called as she and Ryan assisted Holly to her feet. “Lock Jasmine in the control room. There’s glass everywhere, and while you’re in there, grab one of the meters.”
Patrick took Jasmine’s collar and led her away from the basement door.
“Do you think it was a ghost?” Holly squeaked fearfully.
Trudy met Ryan’s eyes over Holly’s head.
“Are you all right? Beverly wrapped her arms through Holly’s and sat with her on a settee in the corner of the front drawing room while Ryan poured her a glass of water from a carafe on a table nearby.
Trudy noticed the guests were saying their farewells. She observed Leslie pulling on a wool coat and strolling with the handsome Dr. Vincent out the front door.
The room was suddenly and oddly silent. Trudy felt the familiar tingling of her scalp as goose bumps rose on her arms, and her eyes met Dana’s.
“Someone’s here,” Dana said softly, her face pale and her eyes glassy.
“Who?” Paul asked, looking up from where he was sweeping the glass from the marble floor.
“Vanessa…oh, there’s a dog.” Dana swayed precariously, and Trudy and Jason rushed to steady her.
Patrick approached, turning on the K-2 meter. “Sorry that took so long. All the batteries were dead.”
Trudy looked down at the EMF readings, and the numbers appeared to be in a normal range.
She stepped closer to Dana. “Is she gone?”
Shrugging and shaking her head, Dana said, “She—”
Jason’s radio blared over Dana’s answer.
“There’s movement on the second-floor landing,” his guy alerted from the other end.
Jason turned in that direction, and just as his foot hit the lobby with Trudy right behind him, an explosive blast from what sounded like a firearm ricocheted off the walls.
Trudy leaped on Jason’s back as he was ducking for cover and brought him to the ground behind a large planter for protection, shielding him with her body.
Her gaze found Ryan’s across the foyer. He knelt with his weapon drawn and took cover behind the wall.
“Where did that come from?” Ryan yelled.
Shaking her head because she didn’t know, Trudy shouted, “Dana what was that? Are we clear?”
They waited for the psychic to nod before lowering their guard.
“Hicks, you can get off me now,” Jason grumbled from underneath her.
She glanced over at Ryan and saw the grin he tried to hide. “Sorry, old habits.” Trudy climbed to her feet and held her hand out to help him up.
Jason was full of nervous adrenaline. “What the hell was that?”
Trudy picked up the meter from the floor and grinned. “Oh, probably just some damn raccoons.”
He grimaced at her, but his eyes said, “Screw you,” which brought a bubble of laughter from her as Jason muttered, “Glad you’re enjoying this, Hicks,” before he padded angrily away. 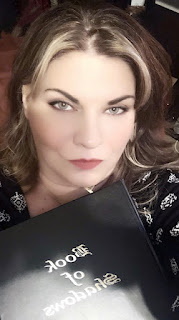 Lori Zaremba is a full-time Internet Sales Manager and writes Web Content as well as providing Copy Editing for businesses in the Greater Pittsburgh Area. Lori has published short ghost stories on Your Ghost Stories, as the Haunted_Cleaner and on her website lorizaremba.com.
On her website, lorizaremba.com, Zaremba refers to herself as the ghost magnet and briefly describes her encounters with departing spirits.
Lori began writing her fiction story as a creative offering of why a ghost would haunt. Before long the story became a novel Case One: The Deceit in the Trudy Hicks Ghost Hunter series.
Lori currently lives in the suburbs of Pittsburgh with her husband Wayne and two fur babies Jaxson and Stewie. 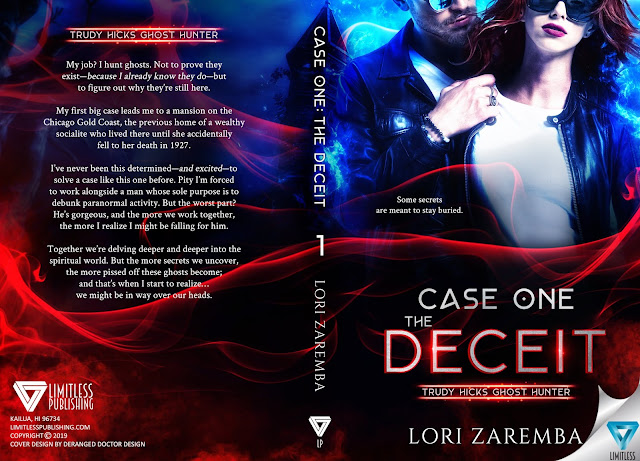