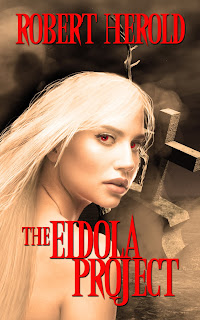 The Eidola Project
An Eidola Project Novel
Book One
Robert Herold
Genre:  Horror
Publisher:  Wild Rose Press (Black Rose Imprint)
Date of Publication: November 18, 2019
ISBN: 978-1-5092-2406-7 Paperback
ISBN: 978-1-5092-2407-4 Digital
Number of pages:  290
Word Count: 69870
Cover Artist:  Debbie Taylor
Tagline:  The Eidola Project is recruiting. Dare to join them?
Book Description:
It's 1885 and a drunk and rage-filled Nigel Pickford breaks up a phony medium's séance. A strange twist of fate soon finds him part of a team investigating the afterlife.
The Eidola Project is an intrepid group of explorers dedicated to bringing the light of science to that which has been feared, misunderstood, and often manipulated by charlatans. They are a psychology professor, his assistant, an African-American physicist, a sideshow medium, and now a derelict, each possessing unique strengths and weaknesses.
Called to the brooding Hutchinson Estate to investigate rumored hauntings, they encounter deadly supernatural forces and a young woman driven to the brink of madness.
Will any of them survive?

I was extremely impressed with The Eidola Project by Robert Herold. The flow and style lent itself to the feel of the book, building the tension and apprehension with each page. The pacing allowed for the tensness and ease needed in a horror novel. The description made me feelt as if I were in the room as the action was happening.

I also enjoyed reading about people in the late 1800s in a more current dialogue while remaining true to the era. I also enjoy that Mr. herold incorporated diveresity in a work of historical fiction.

The characters are appealing and likeable where needed, and loathed where needed. I really enjoyed this book and I look forward to reading more of Mr. Herold's books in the future. This is a definite 5 star read. 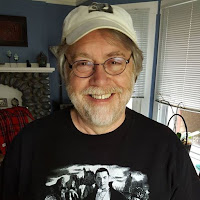 About the Author:
The supernatural always had the allure of forbidden fruit, ever since Robert Herold’s mother refused to allow him, as a boy, to watch creature features on late night TV. She caved in. (Well, not literally.)
As a child, fresh snow provided him the opportunity to walk out onto neighbors’ lawns halfway and then make paw prints with his fingers as far as he could stretch. He would retrace the paw and boot prints, then fetch the neighbor kids and point out that someone turned into a werewolf on their front lawn. (They were skeptical.)
He has pursued many interests over the years (among them being a history teacher and a musician), but the supernatural always called to him. You could say he was haunted. Finally, following the siren’s call, he wrote The Eidola Project, based on a germ of an idea he had as a teenager.
Ultimately, he hopes the book gives you the creeps, and he means that in the best way possible.
https://robertheroldauthor.com/
https://www.facebook.com/RobertHeroldauthor/

Posted by sldearing at 1:48 PM